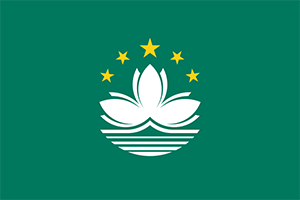 Travel Vaccines and Advice for Macao

Macao is located off the southeastern coast of China. It is officially an autonomous region within China.

Though Macao is small in size, it makes up for it with its luxury hotels and many casinos. The country’s economy relies nearly entirely on tourism. Macao takes good care of its tourists and offers a wide variety of cultural experiences and deluxe accommodation.

Do I Need Vaccines for Macao?

Yes, some vaccines are recommended or required for Macao. The National Travel Health Network and Centre and WHO recommend the following vaccinations for Macao: hepatitis A, hepatitis B, typhoid, Japanese encephalitis, rabies and tetanus.

Dengue and chikungunya are present in Macao. Ensure you take precautions including using repellents and netting.

Malaria is also present in some regions. Antimalarials may be recommended based on your itinerary.

Do I Need a Visa or Passport for Macao?

No visa is required for stays under 6 months in Macao. Passports must have at least one month of remaining validity upon entry, though six months is recommended. Visits to mainland China require a visa for entry.

Sources: Embassy of Macao and GOV.UK

Macao’s climate is subtropical. While it is generally warm year-round the climate is influenced by monsoon weather.

Summers in Macao are damp. The country sees around 83 inches of rain a year. Winters are warm with temps in the low 20’s.

Tourists travelling to Macao should be aware that severe storms are not a rarity. Those travelling here during the hot summer months should be prepared for heavy rain.

How Safe Is Macao?

Macao has a low crime rate, but, crimes do occur. The most common are pick-pocketing and petty theft.

Forged and pirated goods are fairly accessible. While they may be on the cheap, they are illegal. Travellers are encouraged to always stay vigilant even in private areas. Always keep your important documents and money safely hidden and protected.

Most self-protection weapons are banned in Macao. This includes, but is not limited to, mace, pepper spray, and stun guns, according to The government of the UK. Possession of these types of items within the borders of Macao can result in persecution. For this reason, it is best to leave these items at home.

The A-Ma Temple was built in 1488 as a tribute to the sea goddess Mazu. It’s believed this statue inspired the name of the country.

Legend has it that Mazu, also known as A-Ma, was once a poor girl before becoming a goddess who was looked down on. It’s said that a humble fisherman took her under his wing and when a storm rolled in, the boat carrying A-Ma and the fisherman was the only one to survive. Once she arrived in Macao, she disappeared and the fisherman built a temple in her honour. When A-Ma reappeared, she did so in the temple as a goddess.

What Should I Take to Macao?

Here are some essential items to consider bringing on your trip to Macao:

Embassy of the United Kingdom in Macao

If you are in Macao and have an emergency (for example, been attacked, arrested or someone has died) contact the nearest consular services. Contact the embassy before arrival if you have additional questions on entry requirements, safety concerns or are in need of assistance.

While there is no consulate or embassy in Macao, it is served by the British consulate in Hong Kong:

On This Page:
Do I Need Vaccines for Macao?
Do I Need a Visa or Passport for Macao?
What Is the Climate Like in Macao?
How Safe Is Macao?
A-Ma Temple
What Should I Take to Macao?
Embassy of the United Kingdom in Macao