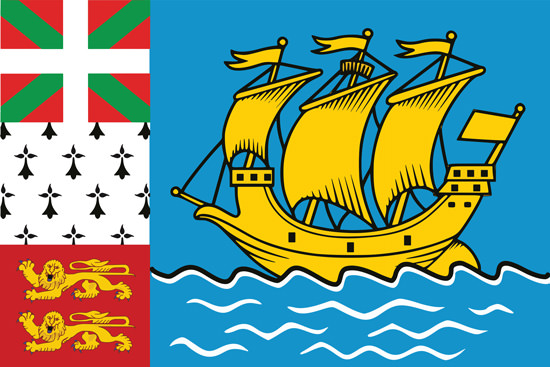 Travel Vaccines and Advice for Saint-Pierre-et-Miquelon

Saint-Pierre-et-Miquelon is a territorial collectivity of France made up of eight islands.

Saint Pierre’s population is small. The official language is French and the majority of the population practices Christianity.

The citizens of Saint-Pierre have French citizenship. A Prefect is also appointed by France to represent the territory.

Do I Need Vaccines for Saint-Pierre-et-Miquelon?

Do I Need a Passport or Visa for Saint-Pierre-et-Miquelon?

No visa is required for stays under 90 days in Saint-Pierre-et-Miquelon. Passports must be valid for the duration of your trip.

Sources: Embassy of Saint-Pierre-et-Miquelon and GOV.UK

The climate of Saint-Pierre is wet and windy with dark winters and mild summers. Temperatures range greatly based on the season.

In the winter, temperatures can reach below freezing and in the summer months, it can be as hot as 20. The warmest month to visit is July, but it is also one of the windiest.

How Safe Is Saint-Pierre?

Due to the fact that Saint-Pierre is a part of France, there is a small terrorist threat in Saint-Pierre. But, due to its isolated nature, the risk is low. Be cautious of your surroundings and avoid large gathering and demonstrations.

The capital of Saint-Pierre is the most visited and populated area in Saint-Pierre-et-Miquelon. But, Miquelon is less developed and less visited. This makes it a better place to visit if you’re a visitor looking for a more authentic experience.

Miquelon is built around a church. There are many walking paths and hiking trails leading to natural beauties like waterfalls. On these paths, travellers can see wild horses, birds, and seals.

What Should I Take To Saint-Pierre?

Here are some essential items to consider for your trip to Saint-Pierre:

Embassy of the United Kingdom in Saint-Pierre

If you are in Saint-Pierre and have an emergency (for example, been attacked, arrested or someone has died) contact the nearest consular services. Contact the embassy before arrival if you have additional questions on entry requirements, safety concerns or are in need of assistance.

While there is no consulate or embassy in Saint-Pierre, it is served by the British embassy in Paris:

If you have any questions about travelling to Saint-Pierre or are wondering which jabs you may need for your trip, schedule an appointment with your local Passport Health travel medicine clinic. Ring us up at or book online now and protect yourself today.