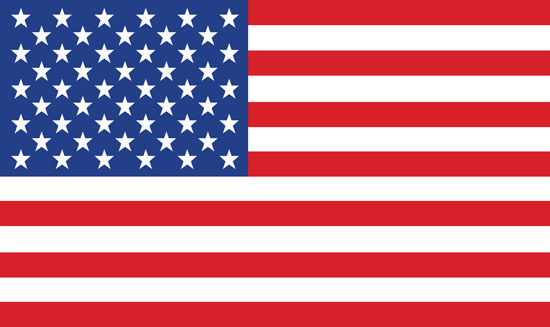 Travel Vaccines and Advice for the United States

Due to its history of being the “melting pot” of the world, the United States is a large country that is rich in diverse cultures, lifestyles, and populations. Due to its size and varying geographical features, every region in the United States has its own peculiar culture and traditions. This can make travelling to the United States exciting, for you are likely to experience a variety of cultures whilst there.

The majority of the United States population, identify themselves as Christian, with about 70% of the population. Other common religions include Jewish, Muslim, and non-religious populations.

There is no official language of the United States, though the national language is English. Spanish is also a common language spoken.

The capital city of the United States is Washington D.C. with other major cities including Chicago, New York, and Los Angeles.

Do I Need Vaccines for United States?

All medical facilities must treat emergencies, whether you’re able to pay or not for the cost.

To find out more about these vaccines, see our vaccinations page. Ready to travel safely? Book your appointment either ring or start booking online now.

Do I Need a Passport or Visa for the United States?

Travellers to the United States can venture visa-free through the Electronic System for Travel Authorisation, if they are British citizens. Some exclusions can apply such as travellers to Libya, Iran and other Middle Eastern or North African countries since 2011. Passports must be valid for the duration of the stay.

Sources: Embassy of the United States and GOV.UK

The climate in the United States varies based on the state and region.

The Southwest region has a dry, desert climate with hot days and cold nights. Temperatures can range from near zero to 40.

The Gulf Coast has a humid subtropical climate with mild winters and hot summers. Temperatures can range from the zero to 35.

The Southern Plains has a temperate climate with cold winters and hot summers. Due to this, the temperature can change due to what season it is. Temperatures can get as high as 35 in the summer and as cold as -5 in the winter.

The Northern Great Plains hosts a humid continental climate. This climate hosts four distinct seasons with temperatures and precipitation varying. In the summer, it can get as hot as the 30 and the winter can see temperatures in the negative teens.

The Pacific Northwest has an oceanic climate. The weather is wet and cool in most seasons, but becomes drier in the summer. Temperatures usually range from 10 to 20.

How Safe Is United States?

Theft and pick-pocketing are common in urban areas in the United States. Never leave your valuables alone or out of sight in heavily populated areas.

Credit card fraud can also be common, especially during holiday periods. Ensure your card is always in sight and ensure to check into your current account regularly.

Violent crime can occur in disadvantaged areas due to gang violence. The chance of a tourist being involved in violent crimes such as this is low.

National Parks in the United States

Due to its diverse landscapes and many different climates, the United States is home to a variety of natural wonders. It is home to 58 National Parks and each of them offer something new and beautiful for travellers.

One of the most popular national parks in the United States is Yellowstone National Park. This national park located in Idaho, Wyoming, and Montana, spans over 7,500 square kilometres. The park hosts natural wonders such as Old Faithful (a geyser), wildlife such as bison and wolves, and the Rocky Mountains.

If you travel to Yellowstone National Park, you should be educated on how to stay safe, especially when you encounter a bear. Bring bear spray and study how to approach the situation.

The entrance fee to the park is $30 a vehicle and the pass is good for seven days.

What Should I Take to the United States?

Though your packing list will probably vary depending on what region you’re travelling to, here are some essential items to consider for your trip to the United States:

If you are in the United States and have an emergency (for example, been attacked, arrested or someone has died) contact the nearest consular services. Contact the embassy before arrival if you have additional questions on entry requirements, safety concerns or are in need of assistance.

If you have any questions about travelling through the United States or are wondering which jabs you may need for your trip, schedule an appointment with your local Passport Health travel medicine clinic. Ring us up at or book online now and protect yourself today.