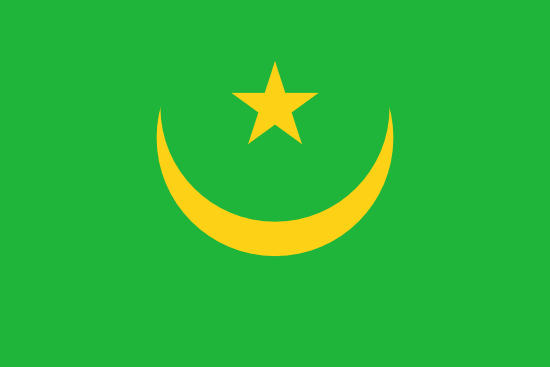 Travel Vaccines and Advice for Mauritania

Mauritania is one of the least-densely populated countries in the world, with many of its citizens residing in a single city. The majority of the population is concentrated in the south due to the desert region in the north.

Human Rights issues are present in Mauritania, mostly slavery, in which 4% of the population is enslaved. Mauritania has also received international scrutiny for its justice system.

Mauritania has a variety of languages including French, Pulaar, Soninke, and different forms of Arabic. Nearly everyone in the country practices Islam.

Do I Need Vaccines for Mauritania?

Yes, some vaccines are recommended or required for Mauritania. The National Travel Health Network and Centre and WHO recommend the following vaccinations for Mauritania: COVID-19, hepatitis A, hepatitis B, typhoid, cholera, yellow fever, rabies, meningitis, polio and tetanus.

Proof of yellow fever immunisation is required for entry to Mauritania. The mosquito-borne disease is still present in the African nation.

Malaria is also a risk for travellers to the region. Antimalarial medication is recommended.

Dengue and chikungunya are two more mosquito-borne infections found in Mauritania. While there is no vaccine against these diseases, repellents and mosquito netting are the best forms of protection.

Medical care is limited in Mauritania. There are facilities in large urban areas, but pharmacies may not be well-stocked. It is advised that you bring your own prescriptions and medicines.

Do I Need a Visa or Passport for Mauritania?

A visa is required for all travel to Mauritania. Passports must have at least three months validity. Proof of yellow fever vaccination is required to enter the country. If you do not have proof of vaccination, you may be vaccinated on site, quarantined or returned to your previous location.

Sources: Embassy of Mauritania and GOV.UK

The majority of the Mauritania is a desert climate. The southern regions are semi-desert in the summer monsoon season (June-October).

Day-time temperatures can reach over 37 degrees and nights are often under 12.

Trade winds and rain are the biggest factors determining temperatures.

How Safe is Mauritania?

There is currently a travel warning for all travellers to Mauritania. This travel warning is due to terrorist activity in the neighbouring country of Mali.

UK citizens have been targets for violent crimes in Nouakchott, including armed robberies.

Along the Atlantic coast, Parc National du Banc d’Arguin welcomes birds of all species that are migrating from Europe to Africa. Recognized as a World-Heritage site, this national park is the perfect place for bird-watching and is considered one of the best places to bird-watch in Africa.

You can enter the park best by boat if you take one from a small village called Iwik. The park itself is made up of sand-dunes, swamps and coastal waters.

Millions of birds are recorded coming to this spot every year, including sandpipers, flamingos, pelicans, and egrets.

The best time of year to visit the park is in December and January, which is mating season.

What Should I Take To Mauritania?

Here are some essential items to consider for your trip to Mauritania:

Embassy of the United Kingdom in Mauritania

If you are in Mauritania and have an emergency (for example, been attacked, arrested or someone has died) contact the nearest consular services. Contact the embassy before arrival if you have additional questions on entry requirements, safety concerns or are in need of assistance.

While there is no consulate or embassy in Mauritania, it is served by the British embassy in Morocco:

If you have any questions about travelling to Mauritania or are wondering which jabs you may need for your trip, schedule an appointment with your local Passport Health travel medicine clinic. Ring us up at or book online now and protect yourself today.