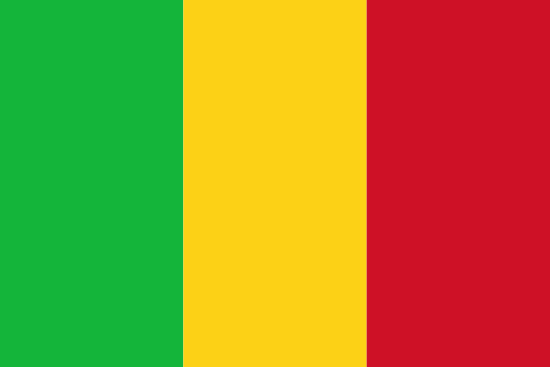 Travel Vaccines and Advice for Mali

Mali is home to some of Africa’s most noteworthy landmarks, including the mosque of Djenne. The structure is made nearly entirely of mud, appearing nearly sandcastle-like. It has been praised by some architects as one of the greatest creations of its time.

Unfortunately, this country of marvels, was invaded by Islamist fighters in 2012. The Islamist’s seized a handful of towns, some of which were later recaptured by the French.

Then, in 2015, Islamists attacked a hotel in Mali’s capital, Bamako. Since the attack, Mali has seen ongoing acts of terrorism and medium to extreme criminal violence.

Do I Need Vaccines for Mali?

Yes, some vaccines are recommended or required for Mali. The National Travel Health Network and Centre and WHO recommend the following vaccinations for Mali: hepatitis A, hepatitis B, typhoid, cholera, yellow fever, rabies, meningitis, and tetanus.

Mali does have a few other health concerns including:

Do I Need a Visa or Passport for Mali?

A visa is required for all forms of travel to Mali. Passports must be valid for the duration of your trip. Proof of yellow fever vaccination is required to enter the country. If you do not have proof of vaccination, you may be vaccinated on site, quarantined or returned to your previous location.

Sources: Embassy of Mali and GOV.UK

Mali boasts one of the hottest climates in the world. With its central location in Africa, nearly the entire country experiences long, scorching summers. The cooler season occurs from October to February, and rainfall will be more prevalent in June and July.

How Safe is Mali?

The government of the UK warns against all travel to Mali, either for business or pleasure.

Due to recent intermittent terrorist activity throughout the country, it is unsafe for travel. If you must travel to Mali, plan all travel once landing ahead of time with a trusted source and stay in populated cities. Don’t travel alone during the day or night if it can be helped.

According to The government of the UK, the potential for attacks is high throughout the entire country and reminds. Travellers should stay vigilant and aware of their surroundings, and exercise caution.

Violent extremist groups target foreign travellers so it is highly recommended to avoid all travel in Mali. But, if it is necessary, to exercise extreme caution.

Is the Food Safe in Mali?

Most dishes in Mali as well as the majority of Africa are cereal-based with rice, millet, sorghum or fonio. Most meals are accompanied by a protein, most commonly fish or poultry.

The country’s warm climate means a short shelf-life for most food items. In more impoverished areas, kitchens may be sanitarily lacking. It is best to consume foods that are less likely to spoil in the heat or be exposed to unsanitary water such as rice, millet and some fruits and vegetables.

The Bandiagara Cliffs in Dogon Country

The Bandiagara Cliffs are located outside the city of Mopti. The cliffs are located a short, scenic hike through Dogon Country. Groups of houses and old ruins have been etched into the sides of the mountain face. Many have raved about the beauty and impressive level of architectural skills that have gone into creating the cliffs.

What Should I Take to Mali?

Besides clothing items that shield from the heat and occasional rain storms, there are other items that are recommended for a trip to Mali:

Embassy of the United Kingdom in Mali

If you are in Mali and have an emergency (for example, been attacked, arrested or someone has died) contact the nearest consular services. Contact the embassy before arrival if you have additional questions on entry requirements, safety concerns or are in need of assistance.

On This Page:
Do I Need Vaccines for Mali?
Do I Need a Visa or Passport for Mali?
What is the Climate Like in Mali?
How Safe is Mali?
Is the Food Safe in Mali?
The Bandiagara Cliffs in Dogon Country
What Should I Take To Mali?
Embassy of the United Kingdom in Mali