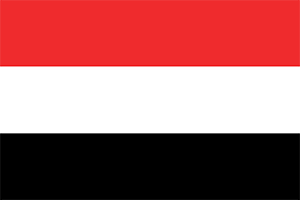 Travel Vaccines and Advice for Yemen

Yemen is bordered by Oman on the East, the Red Sea on the West, the Gulf of Aden on the South, and Saudi Arabia on the North.

The country features central highlands, southern coastal regions, and northern mountainous areas. Each region has its own peculiar climate variations and sights.

Do I Need Vaccines for Yemen?

Yes, some vaccines are recommended or required for Yemen. The National Travel Health Network and Centre and WHO recommend the following vaccinations for Yemen: COVID-19, hepatitis A, hepatitis B, typhoid, cholera, rabies, polio and tetanus.

There are currently active dengue and malaria outbreaks in Yemen. Be sure to use repellents, netting and bring antimalarials.

Do I Need a Visa to Travel to Yemen?

Visas are required for entry to Yemen. Stays over 14 days require registration with local immigration authorities. Passports should be valid for the duration of stay in the country.

Sources: Embassy of Yemen and GOV.UK

Yemen has a hot climate with intence humidity in the Southern regions. Some northern regions go years without rainfall.

Summer temperatures reach the 40’s Celsius in the southern coastal regions. Further north, temperatures are cooler, but still in the low-30’s most of the year.

Winters have the most rainfall in short but full bursts and thunderstorms. These can be dangerous for the monsoon area of the southwest.

How Safe is Yemen?

Many organisations recommend against travel to Yemen at this time. Political turmoil is ongoing and likely to continue.

Foreign travellers are often targets of rebel groups. Due to the country’s isolation, help is unlikely. Kidnappings for ransom, armed conflicts, and terrorist activities are also fairly common.

Boats have been targeted whilst transiting Yemen. Pirates and rebels have conducted countless attacks.

Female, LGBT and disabled travellers should research the country before travel to the region.

Discover the Wild Island of Socotra

Socotra is a remote island that was separated from the continent of Africa for millions of years. It is a part of Yemen and is located just over 300 kilometres from that region of the Arabian Peninsula.

The climate is hot with little rain. The island is made up of a limestone plateau, mountains, and narrow coastal plains. Socotra has about 825 species of rare flora and fauna, 307 of which are peculiar to the island. It also has 140 species of birds with 10 that are also only in Socotra.

In 2010 the ruins of an ancient city from the second century AD were discovered by Russian archaeologists. The same year, nearly 4,00 international travellers visited the island.

What Should I Pack for Yemen?

Embassy of the United Kingdom in Yemen

British embassy and consular services have been temporarily suspended in Yemen. Travel at your own risk.

On This Page:
Do I Need Vaccines for Yemen?
Do I Need a Visa to Travel to Yemen?
What is the Climate Like in Yemen?
How Safe is Yemen?
Discover the Wild Island of Socotra
What Should I Pack for Yemen?
Embassy of the United Kingdom in Yemen