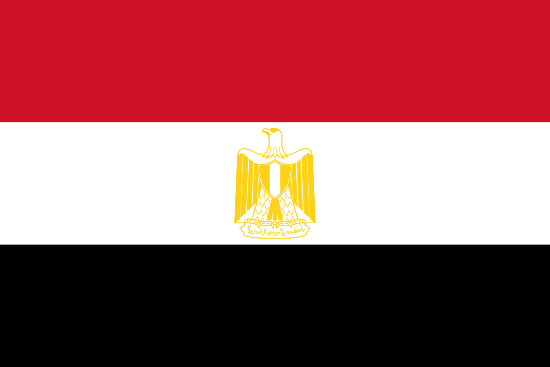 Travel Vaccines and Advice for Egypt

Egypt’s 3,000 year history is rich and complex, filled with more than just mummies and pyramids. This land has ties to people and places that existed milleniums ago.

There are many sights to see in Egypt. The pyramids of Giza, the oldest of the original seven wonders of the world, remain still largely intact. The life-giving Nile River. The legendary tomb of King Tut.

But, as many sights as there are in Egypt, recent conflict in and around the country has increased the risks of travel there.

Do I Need Vaccines for Egypt?

Yes, some vaccines are recommended or required for Egypt. The National Travel Health Network and Centre and WHO recommend the following vaccinations for Egypt: hepatitis A, hepatitis B, typhoid, yellow fever, polio, rabies and tetanus.

Decisions should be made based on travel plans and whether there is an increased personal risk for contracting certain diseases.

Do I Need a Visa or Passport for Egypt?

Egypt requires visas for all types of travel. eVisas are available for obtaining your visa before a trip. On arrival visas are also available. Passports must be valid for at least six months upon entry. Proof of yellow fever vaccination may be required if you are travelling from a region where yellow fever is present.

Sources: Embassy of Egypt and GOV.UK

Egypt only has two seasons – a hot summer and a moderate winter. In general, Egyptian days are warm or hot and nights are cool or even cold. While the majority of Egypt is desert, there are four peculiar physical regions with different climates.

The Pyramids of Giza are located in the northeast corner of this region.

This region is one of the driest areas in the Sahara Desert. It spans from the Mediterranean Sea south to the Sudanese Border, and from the Libyan border east to the Nile River Valley. The area rarely sees any rain. Hot, dry sandstorms, called khamsins, are common in the spring months and can be dangerous.

The Eastern Desert is mountainous. The topography increases east of the Nile to become dry, rocky downs, the Red Sea Mountains, at elevations around 1,900 meters or higher. This is a dry, desolate area that is isolated from the rest of the country. There is not much in this part of the country because it is not suitable for agriculture or other sustained settlements.

This is a triangular peninsula that connects Asia with Africa. It is also known as the Sinai Desert because of its arid climate. The rest of Egypt is to the West, Israel and the Gaza Strip to the east. The Mediterranean Sea is to the north and the Red Sea is to the south.

The peninsula has two distinctly different climates. The northern part of the peninsula, closer to the Mediterranean, is dry and intensely hot during the summer and sees more rain during the winter. The southern part, closer to the Red Sea, is at higher elevation and is more prone to clouds, especially near the tops of the downs. The temperatures fluctuate a little more, getting cooler at night. Humidity is higher near the coasts on the peninsula.

Non-essential travel to Egypt is not recommended. The government of the UK has issued travel warnings to Egypt.

Travellers should avoid going to the Western Desert toward the Libyan border and the Sinai Peninsula due to an unpredictable security situation.

When travelling to coastal resorts, exercise a high degree of caution.

Travellers should use reputable Egyptian travel agencies if they still decide to make the trip. Those agencies are informed about the security issues and will know how to best advise.

Suggestions for Women travelling in Egypt:

What Should I take to Egypt?

Embassy of the United Kingdom in Egypt

If you are in Egypt and have an emergency (for example, been attacked, arrested or someone has died) contact the nearest consular services. Contact the embassy before arrival if you have additional questions on entry requirements, safety concerns or are in need of assistance.

If you have any questions about travelling to Egypt or are wondering which jabs you may need for your trip, schedule an appointment by calling or book online now!

On This Page:
Do I Need Vaccines for Egypt?
Do I Need a Visa or Passport for Egypt?
What Is the Climate Like in Egypt?
Is Egypt Safe?
Egyptian Rules, Customs and Laws
Suggestions for Women travelling in Egypt:
What Should I Take To Egypt?
Embassy of the United Kingdom in Egypt