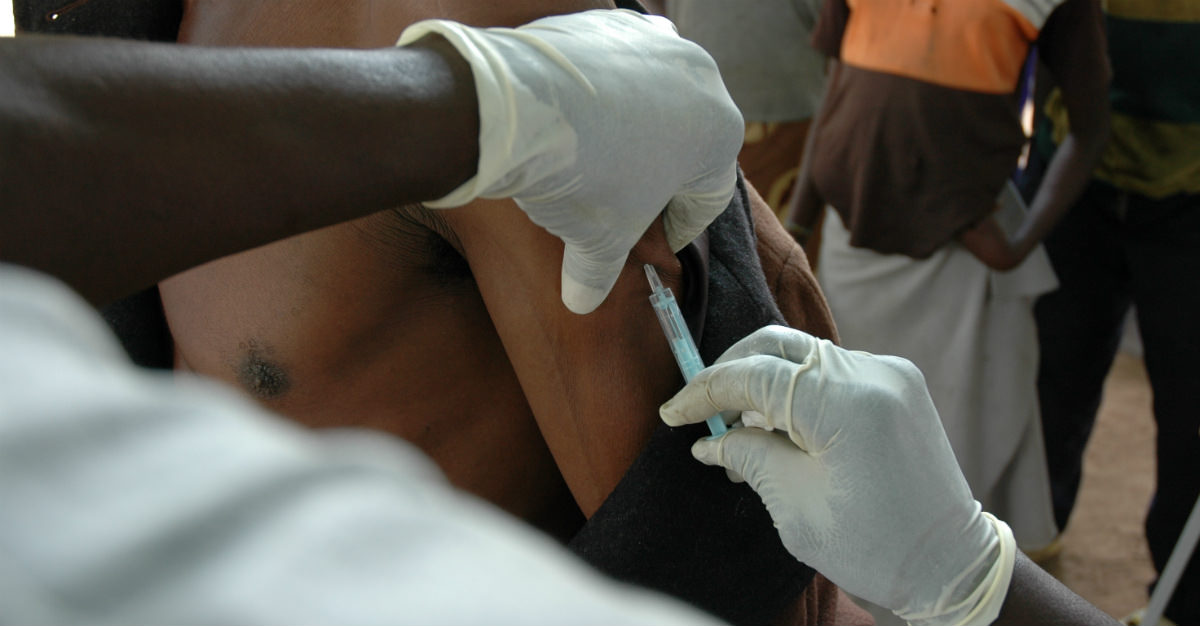 When the world is short on a vaccine, there’s quite a few obstacles to overcome before solving that issue.

It’s not like a food shortage where you can grow more or a drought for blood banks that can campaign for more donors.

Very few companies in the world manufacture vaccines. Even if the process is cheap, companies may not produce the vaccine fast enough to combat an outbreak.

That nightmare scenario almost became a reality for Asia in 2016.

But, that near-epidemic didn’t start in Asia. The outbreak was borne out of Angola. A buildup of trash and the rainy season combined to make perfect mosquito conditions.

Mosquitoes spread yellow fever and after a misdiagnosis in early cases, Angola lost valuable time to stop the spread. The government had no option but to try and blanket-vaccinate the whole country. But, even after getting the millions of necessary vaccines, many were either lost or mishandled, making them useless.

These missteps allowed the virus to move its way to the nearby Democratic Republic of the Congo (DRC). The virus spread to Kinshasa, the country’s capital, where most of the locals aren’t vaccinated against yellow fever.

Yellow fever was an epidemic but still didn’t earn the national headlines. That attention went to the Zika virus, increasing in notoriety as the Rio Olympics neared.

With the world wrapped up in Zika-drama, the yellow fever epidemic flew under the radar. The need for vaccines grew without getting the national attention to fix the problem.

Volunteers arrived to help end the outbreak, many of whom came from parts of Asia. These unvaccinated volunteers headed back to Asia, unaware that they were carrying yellow fever.

Asia isn’t new to mosquito-borne diseases. From Zika virus to dengue fever to malaria, the countries have experience handling mosquitoes.

But, Asian countries have been able to avoid yellow fever virus. Despite housing millions of Aedes aegypti mosquitoes, the primary carriers of yellow fever, the virus is not endemic to Asia.

With no risk of catching yellow fever, hospitals don’t carry the vaccines and locals aren’t immune. Upon arriving in China, the infected travellers are a possible Asian yellow fever epidemic waiting to happen.

As you may have noticed, the world is not currently battling a catastrophic yellow fever outbreak.

Eleven cases of yellow fever made it to China. Every infected person had recently visited Africa for work. With a population of nearly 1.4 billion people, yellow fever was still a non-factor.

Avoiding a global epidemic is a win, but the close call showed issues in the vaccination process.

Only four locations in the world produce the yellow fever vaccine. A batch of vaccines can take six months to create, with 80 million doses made annually. Even using fractional doses of the world’s entire supply of vaccines, the total would come nowhere close to stopping an outbreak in China.

The companies making yellow fever vaccines struggled to keep up with outbreaks in DRC and Angola. With the epidemic in Africa over, officials are moving to start vaccination campaigns in nearby countries. There are millions of stockpiled doses and many to be manufactured for those campaigns.

Devoting that same effort to mass vaccinations in Asia would be overwhelming.

Rather than trying to immunize the millions in Africa, that number multiplies tenfold.

Yellow fever in DRC started creating problems after spreading to Kinshasa. The capital is home to 10 million people, half the population of Beijing and Shanghai, individually. With tight living quarters, yellow fever would spread like wildfire in busy Chinese cities.

Health officials see the risk that yellow fever poses around the world. Greater vaccine production and immunization campaigns are steps to fix the problem.

We’ve already had a close call with yellow fever in Asia. If that outbreak isn’t stopped next time, a worldwide epidemic may be inevitable.

Leaving the country and trying to stay free of yellow fever? Call Passport Health at or schedule an appointment online.

Any questions about Africa’s yellow fever outbreak or the vaccine process? Let us know in the comments, or via Facebook and Twitter.