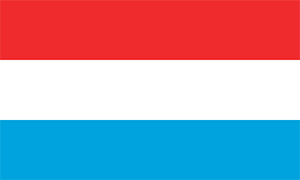 Travel Vaccines and Advice for Luxembourg

Luxembourg is located in western Europe. This country is bordered by Belgium, Germany, and France. Though Luxembourg is its own country, it is heavily influenced by its neighbors.

Sports play a huge role in the culture of the country. Nearly 20 percent of all citizens are part of some kind of sports club.

Visitors to Luxembourg are drawn by the active lifestyles led by locals, cultural traditions and cuisine.

Do I Need Vaccines for Luxembourg?

Yes, some vaccines are recommended or required for Luxembourg. The PHAC and WHO recommend the following vaccinations for Luxembourg: COVID-19, hepatitis A, hepatitis B, rabies, meningitis, polio, measles, mumps and rubella (MMR), Tdap (tetanus, diphtheria and pertussis), chickenpox, shingles, pneumonia and influenza.

Do I Need a Visa or Passport for Luxembourg?

A passport which is valid for at least 3 months from the expected date of departure is required to enter the country. A business and tourist visa is not required for up to 90 days.

Sources: Embassy of Luxembourg and Canadian Travel and Tourism

Luxembourg has a temperate maritime-influenced climate. Its summers are cool and winters are moderate. Summer temperatures are in the low-20’s while winters stay in around 2 degrees.

Rain is common throughout the year. The country does sees a dryer period from April to September. Visitors should pack waterproof clothing no matter the time of the year.

How Safe is Luxembourg?

The majority of crime that occurs in Luxembourg is non-violent. Petty theft is the most common. Be aware of where you belongings are and take precautions to avoid pickpockets.

Avoid parks at night, they are often places where drug deals take place.

Crime does have some seasonality to it. Events like Schueberfouer bring with them a higher chance of theft. Avoid doing anything that would attract attention to yourself.

Luxembourg is home to many examples of well-preserved architecture from up to 1,200 years ago. One of the most sites is The Bock, an outcrop in the old historical district of Luxembourg City.

This building acted as a semi-natural, semi-man-made fortress. It that the Castle of Lucilinburhuc and was constructed in 963.

While the outside is beautiful, it is on the only thing to see. Below the castle is a system of passages and galleries. A tour is a must-do.

What Should I Take to Luxembourg?

Here are some essential items to consider bringing on your trip to Luxembourg:

Canadian consular services can help travellers with many issues they may face including passport services. Once in Luxembourg, the information for the Canadian consulate is:

Ready to start your next journey? Call us at or book online now!

Overall rating: 5 stars – 2 reviews
★★★★★
“Awesome Experience“
“My experience with our nurse was over and above! She explained everything to me in detail and provided me tips for my trip to Luxembourg. She also provided me a follow up email on details we discussed during my consultation!”
Submitted by: Kyra
★★★★★
“Quick and informative“
“I was in and out in 20 minutes. The nurse had a personalized booklet ready for me based on trip to Luxembourg. She was very friendly, knowledgeable and helpful and I did not feel like she was encouraging me to pay for anything that was not necessary.”
Submitted by: Andy