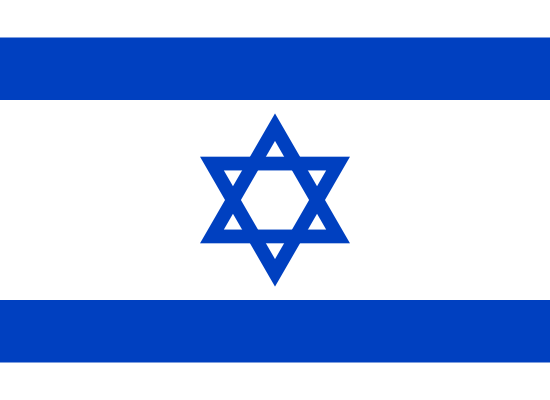 Travel Vaccines and Advice for Israel

The Holy Land. For centuries, Israel has been one of the most desired travel destinations for Christians, Muslims, Jews and others who wish to surround themselves with some of history’s most significant sites.

Israel offers plenty of unique attractions. One could float weightless in the Dead Sea one morning and walk the streets of Bethlehem in the evening.

Israeli cuisine is unparalleled and Tel Aviv boasts one of the best nightlife scenes in the world.

Do I Need Vaccines for Israel?

Yes, some vaccines are recommended or required for Israel. The PHAC and WHO recommend the following vaccinations for Israel: hepatitis A, hepatitis B, typhoid, rabies, meningitis, polio, measles, mumps and rubella (MMR), Tdap (tetanus, diphtheria and pertussis), chickenpox, shingles, pneumonia and influenza.

There is a risk of typhoid infection in the West Bank and Gaza. Vaccination is recommended for travellers to that area.

Do I Need a Visa or Passport for Israel?

With a valid Canadian passport, Canadian citizens do not require a visa for business or tourism stays under 90 days. Travellers should understand that an Israeli stamp in their passport may deny them entrance into Arab or Muslim countries. Those of Palestinian descent, even Canadian citizens, or those with a Palestinian last name, may be denied entrance by Israeli authorities. Their passport may be marked “Palestinian Authority Only,” in these cases, the Canadian government is unavailable for assistance.

Sources: Embassy of Israel and Canadian Travel and Tourism

Israel is located in the subtropical region. Although the country is small, the climate can be different from north to south and on the coast.

The Israeli coast is a Mediterranean climate with hot, dry summers and rainy, cool winters. In the northernmost mountainous areas, there is often heavy snowfall in winter months.

How Safe is Israel?

Israel is known for its security measures. Officials run background checks on every visitor who is planning on entering country. Something to note is that profiling is common upon entering Israel, so individuals or Arab or Muslim descent, or if one appears to be suspicious in any way, may have to endure longer screenings.

Although Israel takes extreme precaution towards visitors both flying in and at its borders, it is near countries that are notorious for terrorist attacks.

The many governments and organizations have issued warnings on terrorist attacks to travellers to Israel. While cities such as Jerusalem, Bethlehem and Tel Aviv are regarded as safe, Gaza and the West Bank are less so.

Is the Food Safe in Israel?

The food in Israel is praised for being safe for consumption in almost all areas of the country. In rural or off-the-beaten path cities, travellers should stick to restaurants that are known for preparing quality food. Avoid street food or water that isn’t from the bottle.

Most major places boast safe and drinkable tap water, except at the Dead Sea where salt levels are high. Israelis thrive primarily on kosher and vegetarian diets.

Some dishes, such as hummus and falafel may be common to the American palate. Others such as Shakshuka (a popular breakfast dish) or Kanafeh (a heated pastry with goat cheese) offer new experiences.

Dive to the submerged Neolithic settlement of Atlit-Yam

Located on the northern coast of Israel is Atlit. Under the quaint village’s coast, submerged only 10 meters, are the ancient ruins of Atlit-Yam.

The settlement was discovered in 1984 and it is believed to be what remains of a village abandoned shortly after a tsunami. Since the discovery of Atlit-Yam, archaeologists have unearthed houses, skeletons, graves and wells.

What Should I Take To Israel?

It is difficult to pack light for Israel considering the fluctuation in weather from city to city. Here are a few items that should definitely make it into the suitcase:

The Embassy of Canada to Israel is available for emergency assistance during their office hours. After hours it is best to use the emergency telephone line.

Overall rating: 5 stars – 3 reviews
★★★★★
“Wonderful Experience“
“The nurse was extremely knowledgeable and had done her homework regarding vaccines etc. for Israel prior to us arriving. She was very friendly and gentle with my kids. A great experience.”
Submitted by: Deb
★★★★★
“Great experience“
“The visit was quick and painless. Thank you for giving the opportunity to input my medical history online before; it made the visit go very quickly. The nurse was very knowledgeable about Israel.”
Submitted by: Krista
★★★★★
“Thank you!“
“Wonderful nurse, so knowledgeable and informative. Very pleased with the whole experience. Israel here we come!”
Submitted by: Evelyn

On This Page:
Do I Need Vaccines for Israel?
Do I Need a Visa or Passport for Israel?
What is the Climate Like in Israel?
How Safe is Israel?
Is the Food Safe in Israel?
Dive to the submerged Neolithic settlement of Atlit-Yam
What Should I Take to Israel?
Canadian Embassy in Israel