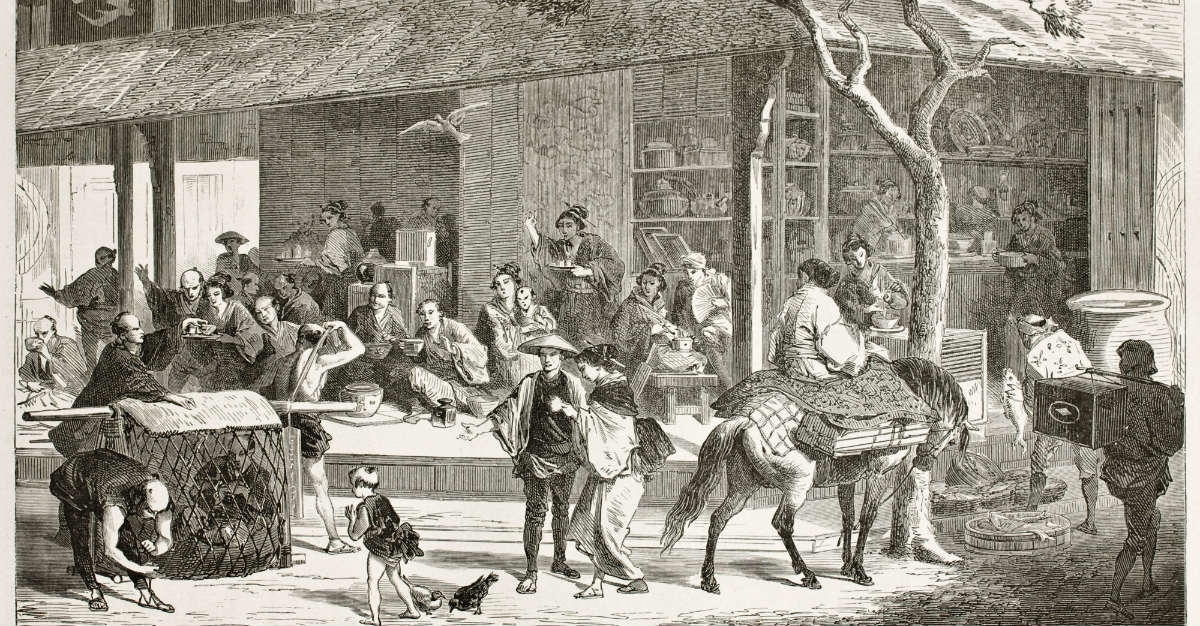 Sounding like something out of a horror movie, a smallpox demon is actually far more scientific.

Or a mix of science and centuries-old Japanese history.

Although eradicated in 1980, smallpox created fear for centuries across the globe. The infectious disease caused a fever, vomiting, sores and skin rash. It even led to bumps that would scab and leave scars all over the body.

The smallpox demon comes from Japanese culture and believed to be the source of all smallpox epidemics in Japan. In medieval times, people would try to appease or attack the demon since there was no other source of reliable, effective treatment.

According to records, smallpox was introduced into Japan in 735 from Korea. In the early days, smallpox was considered to come from “onryo” which is a mythological spirit from Japanese folklore. This spirit supposedly was able to return to the physical world to seek vengeance.

Japanese locals adopted some customs to help deal with the vengeful demon.

It was believed that smallpox demons were afraid of the color red as well as dogs. This led to a tradition where people would display dolls either dressed in red clothing or simply painted red.

Those in Okinawa, who tried to appease the demon, did so by trying to comfort them. They used the sanshin, a musical instrument, and performed ‘lion dances’ before a patient who wore red clothes. During the ritual, flowers were offered and incense was burned in an attempt to appease the demon.

Okinawa also had smallpox poetry in the Ryuka style. The poetry was intended to glorify the smallpox demon or to improve a patient suffering from the deadly infection.

Despite starting centuries ago, some of these traditions still exist today. Traditional smallpox dances are still observed in present day Japan to help avoid smallpox devils.

After years of treating smallpox, the public never lost its faith in the color red against smallpox.

There are multiple Japanese textbooks about dermatology and the red treatment. These textbooks state that red light weakens symptoms of smallpox.

Relying on red to fight smallpox even proved important outside of Japan.

The red treatment originated in European culture in the 12th century. It began when King Charles V of France contracted small pox and was then dressed in red from head to toe. Queen Elizabeth I continued this style of “treatment” when she contracted smallpox in 1562; she was wrapped in a red blanket and laid next to a live fire.

Other European monarchs also reportedly used the treatment. It was also believed that living a life of piety and religion was a way to guard against the disease.

Even outside Japan, France and England, that color was a tool to fight smallpox. Red light treatment were common practice in China, India, Turkey and Georgia. In western Africa, the Yoruba god of smallpox was also associated with the color red.

Eventually, the red treatment was given actual scientific ground to stand on by Finsen. He claimed that treating smallpox with red light helped to reduce the severity of scarring. He later developed rules governing this “erythrotherapy.” The practice continued on into the 1930s but was eventually declared useless by other medical professionals.

Do you have any other questions about smallpox or the disease’s demon? Let us know in the comments, or via Facebook and Twitter.