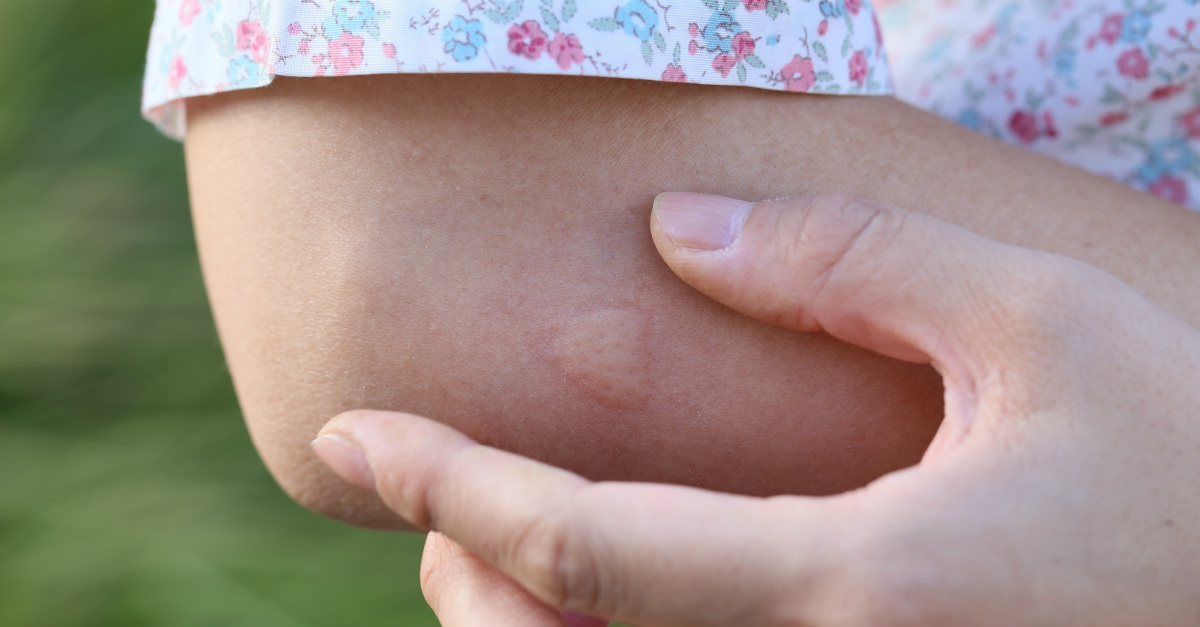 The season ushers in warm weather, beach activities and oftentimes, the free time to enjoy those perks. At the same time, we also have to deal with pesky mosquitoes and insects.

A myriad of bugs and tiny critters can ruin your summer fun. Not only are they difficult to deal with, but they can foster major health problems, including allergic reactions and chronic illnesses.

While the risk of infectious bugs and spiders during your vacation sounds scary, insect bites usually don’t cause serious disease. Plus, you aren’t helpless against those pests. There are several things you can do to reduce the chances of getting sick from a bug bite.

During the cold winter months, bugs and insects tend to go into a form of hibernation. Much like the birds, the majority of bugs and insects migrate to somewhere warm, while others hibernate in your home. You might see more bugs inside your home during the winter, but they’ll start migrating outside as soon as the weather warms up.

But, when the bugs start coming out of the woodwork, that’s when you should be aware of the insect types.

Does an insect spread a disease or is it harmless? If it does spread diseases, is the bug deadly? Can you help prevent those dangerous illnesses?

Every year, it seems like there’s another mosquito-borne disease posing a risk in the United States.

A couple years ago, news about Zika virus was impossible to escape after an outbreak started in Brazil. West Nile made its way to the U.S. 20 years ago, coming up every summer for mosquito season. Even yellow fever has become increasingly popular in Miami and other nearby cities.

Sometimes the best way to dodge mosquito bites during the summer is to avoid the outdoors. This is typically the time when the bugs come out of their hiding places. But, that takes a lot of the fun out of the season. So, when you plan on going outdoors, be sure to spray yourself down with mosquito repellent that contains a small percentage of DEET. Show extra caution when around areas with standing water. The bugs flock to these pools or places that just experienced significant rainfall.

After a bug bite, you’re likely to feel annoyed. The itchiness will set in quick, followed by curiosity about what bit you and when it happened.

There’s likely no need to worry. Most bug bites and stings are harmless and can heal quickly. Other bites from hornets, fire ants or wasps can cause significant pain or even a serious allergic reaction. In rare cases, immediate medical attention may be necessary.

Here are a few ways you can recognize bug bites and where they came from:

Spiders – Depending on the species of spider, these can cause minor symptoms like red skin, swelling and pain. In more some cases, symptoms can appear fast and serious. If bit by a black widow, brown recluse or other dangerous spiders, seek medical attention immediately.

Bedbugs – The tiny pests leave a small bite mark, usually in a cluster, on the skin that is red and itchy. That itchiness comes from an allergic reaction to the bites.

Bees – If you’ve avoided the panic that often comes with these bugs, a few signs can prove it’s a bee sting. A red skin bump may appear with white around it and in most cases the stinger will remain in your skin.

Fleas – Another tiny pest, these don’t just annoy dogs. Fleas can leave an itchy mark on your skin, often on ankles and legs. A red circle will also surround the small bite mark.

Ants – An itchy white blister surrounded by a red blotch on the skin, also in a cluster most of the time. Sugar ants may able to ruin a picnic, but those bites are fairly harmless. It’s the fire ants that can cause significant pain and force medical treatment.

Mosquitoes – This bite creates a puffy and itchy bump on the skin. In rare cases, mosquito bites can cause a severe allergic reaction. As mentioned above, many of these insects carry potentially dangerous disease. Although unlikely, stay aware of any possible signs of these dangerous viruses.

Ticks – The tiny creatures also create a tiny bite. You may recognize a tick bite because the insect is still attached, as they can draw blood from a person for over a week. If the tick is gone, you’ll notice a small red bump at the bite, possibly with some redness surrounding the bite. If the redness spreads over the next couple days, it could be a sign of Lyme disease.

If you’ve been bitten by a bug or spider, the first line of treatment is to: (1) check to see what caused the bite (whether it’s a mosquito, ant, or bee), and (2) get away from area where you received a bite so that you don’t get bitten again.

To reduce the pain and swelling, try using ice packs wrapped in a towel. Apply the wrap to the site of the sting or bite.

You can also try using frozen peas instead of ice, as it will conform better to the affected area. Elevate the area in which you were bit if possible.

Medication may help reduce the pain or swelling. If the symptoms continue, you may need to seek medical treatment.

If you’re traveling to a region endemic with any dangerous, insect-borne diseases, you may need some preparation before the trip.

Passport Health clinics offer vaccines for yellow fever and Japanese encephalitis, along with medicine for malaria. Give us a call at to speak to a travel health nurse, or book an appointment online now.

Do you have any other tips to deal with bug bites? Let us know in the comments, or via Facebook and Twitter.

Written for Passport Health by Jerry Olsen. He has over 15 years of combined experience as a writer and editor in Salt Lake City. Jerry’s writing topics range from health care, travel, life science to medical technology and technical writing.