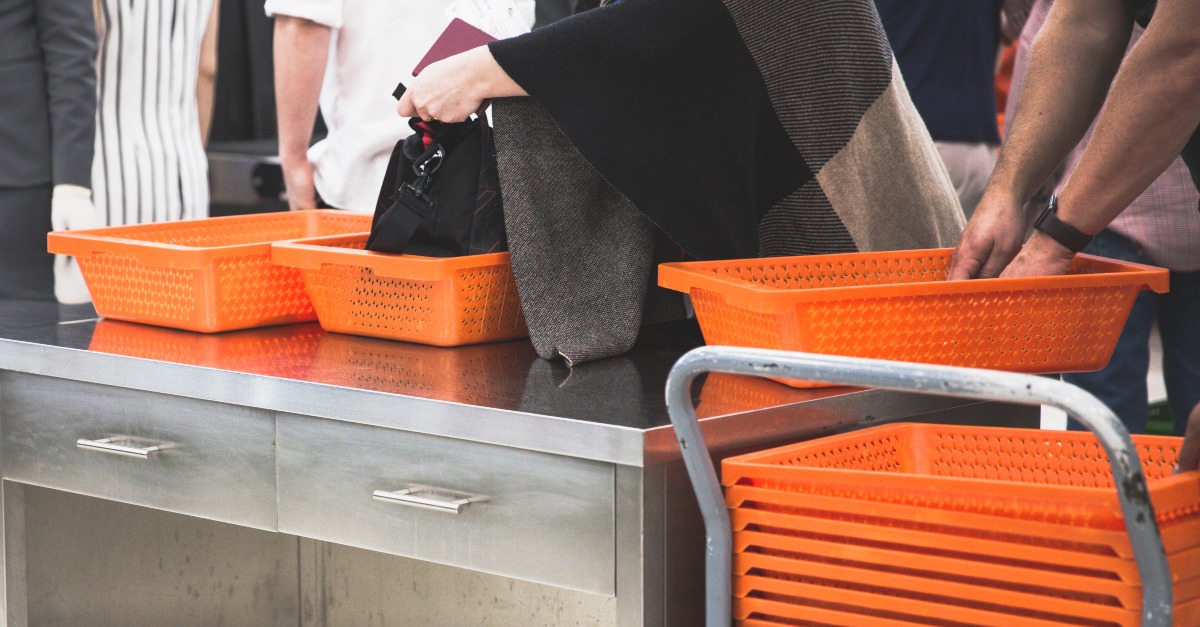 Millions of people visit airports every day. With so many people in one confined space, you have to expect some exchange of germs.

But, which area in an airport contains the most germs?

According to a new study from experts in the United Kingdom and Finland, not only can you catch a virus from airport security bins, they may actually be the biggest germ hotspots in airports.

Professionals from the University of Nottingham in the U.K. and the National Institute for Health and Welfare in Finland teamed up for the study. They analyzed risk points for the spread of respiratory viruses in major traffic hubs. The study aimed to better reduce the risk of infection in certain areas.

The report details that surface and air samples were collected weekly at different time points at Helsinki-Vantaa airport. They took the samples during the peak period of the 2015-2016 flu season in Finland.

Helsinki-Vantaa airport processed almost 19 million passengers in 2017 alone. This made for an excellent example of a busy airport environment.

When you think about germs in airports, you might imagine toilets would be the most offending surfaces. Who could blame a sick traveler for unknowingly spreading the cold during a layover? As CNN points out, signs of respiratory viruses were surprisingly not found on airport toilets.

Instead, cold and flu viruses were found on surfaces like airport security bins.

While it may be an upset winner at first, with more thought, airport bins are perfect for germs. Numerous people use them and are likely too busy taking their shoes off to think about the potential risk for infection.

Other notably affected areas include the children’s playground and stair handrails. International travelers should also note the increased germs at the desk and glass at a passport control point.

It appears that avoiding germs while flying seems to be pretty much impossible. Even with something like TSA Pre-check, which greatly limits the use of bins, airport patrons are helpless against germs. This is because airplanes also come with their own hotspots, such as tray tables and air vents.

So, if you can’t avoid problem germs, what can you do about them?

It’s important to note that you won’t automatically get sick because germs are present. Although, remember to use hand sanitizer and wash your hands regularly.

Be particularly vigilant during flu season, which takes place from early autumn to late spring. You can help protect yourself and others by getting the annual flu shot. While a universal flu shot is in the works, seasonal protection saves lives and helps communities around the country stay safer.

But, what if you are the sick traveler? Courteous flyers likely want to avoid spreading their own illness to others.

To limit spreading that flu or cold, hand washing is important. It’s also key to cough or sneeze in a more contained location, such as a handkerchief, tissue or sleeve.

Researchers hope that studies like this one will encourage more frequent cleaning of hotspots. The results could also lead to technical improvements that would help passengers make health-conscious choices. For example, the report suggests airports could place hand sanitization stations in areas with frequent hand touching.

Security screenings and children’s play areas appear to be a great place to start.

The holidays are coming up and with it comes much more traveling around the world. While on that trip, remember that extra care with your hygiene could have a significant impact on yourself and those around you. For more information, check out the CDC’s page on the three simple actions you can do to fight the flu.

Were you surprised to learn that airport security bins were such hotspots for germs? Are you always careful to wash your hands regularly and use sanitizer when flying? Let us know in the comments below, or via Facebook and Twitter.