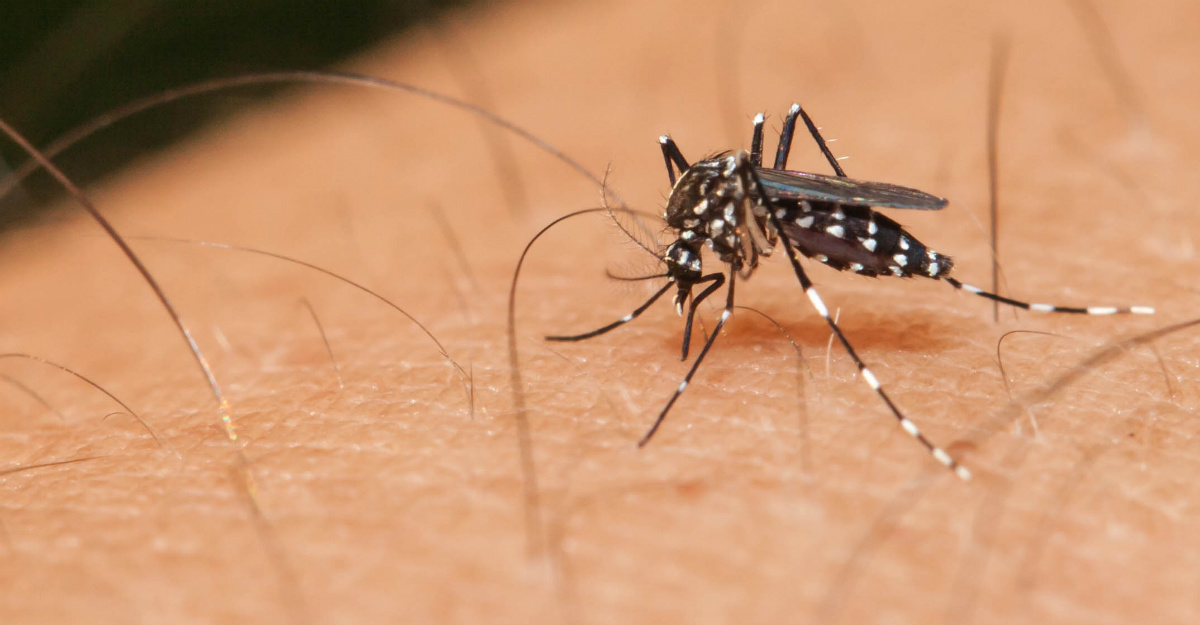 The Zika virus and its terrifying legacy continue to build.

The epidemic can travel via mosquitoes, sexual contact and apparently even physical touch.

The one reprieve from Zika was on the horizon, with winter spelling doom for many mosquitoes.

The cold weather makes the insects either die off or hibernate until the spring. If the history of diseases like dengue fever and malaria taught us anything, cases of mosquito-borne diseases also plummet during this stretch.

But, even winter may not be able to stop Zika, as the virus is showing signs of surviving the cold weather.

A mosquito can usually only transmit a disease by biting a human.

A study from August in the Journal of Tropical Medicine and Hygiene concluded that female mosquitoes don’t need a human host to spread Zika.

Zika differs, as the virus can pass from a mosquito to one of its eggs. The virus can then survive in the egg until the offspring hatches when the temperature rises.

This is due to the species of mosquito predominantly carrying Zika virus.

Aedes aegypti is one of the few species of mosquitoes built to survive freezing temperatures. They can breed in almost any climate and eggs will withstand the same conditions.

After breeding, eggs will stay unhatched until the weather is wet. Often not until the rain in the spring. This species is patient to hatch, able survive in the egg for up to a year.

Many have taken the proactive effect to spray afflicted areas with insecticide. But, this may not even have any effect on the unhatched eggs. The aegypti form resistant eggshells that can keep out the spray.

The small silver lining here is that transfer from a female mosquito to its offspring is still rare.

In the study only one in 290 of the unhatched mosquito eggs contained the virus. A female mosquito will usually lay 1,000 eggs in its lifetime. This leaves 3-4 mosquitoes born with Zika from every female insect already carrying the virus.

Unfortunately, even the good news comes with a negative footnote.

These numbers are small, but the disease spread fast initially. It can do so again after winter culls many of the infected mosquitoes. The Aedes aegypti feed during the daytime when there’s more people outside and even enjoy being indoors, waiting for a food source.

Rather than getting their blood from just one person, aegypti will bite multiple people. This greatly increases the likelihood that one zika-carrying mosquito can spread the virus to groups of people.

All these traits come in a mosquito that’s abnormally attracted to big cities full of people.

It may sound like we are describing a horror movie monster built perfectly for destruction. That’s because aegypti are a tenacious species.

The mosquitoes are dangerous carriers of Zika, a resilient virus with few symptoms for adults. Most infected people won’t show any symptoms and it is already difficult to find a reliable test for Zika virus.

These all add up to an epidemic that will likely still be spreading across the globe in 2017.

There is still no current vaccine for Zika virus, but there are many ways to keep the insects away from you. Insect repellent spray and mosquito nets are the best ways to stay active against the pests, day or night.

Are you leaving the country and looking to stay Zika-free? Passport Health can help! Call us at or book an appointment online.

Do you have any questions are comments about Zika and when it will go away? Let us know in the comments or via Facebook and Twitter!