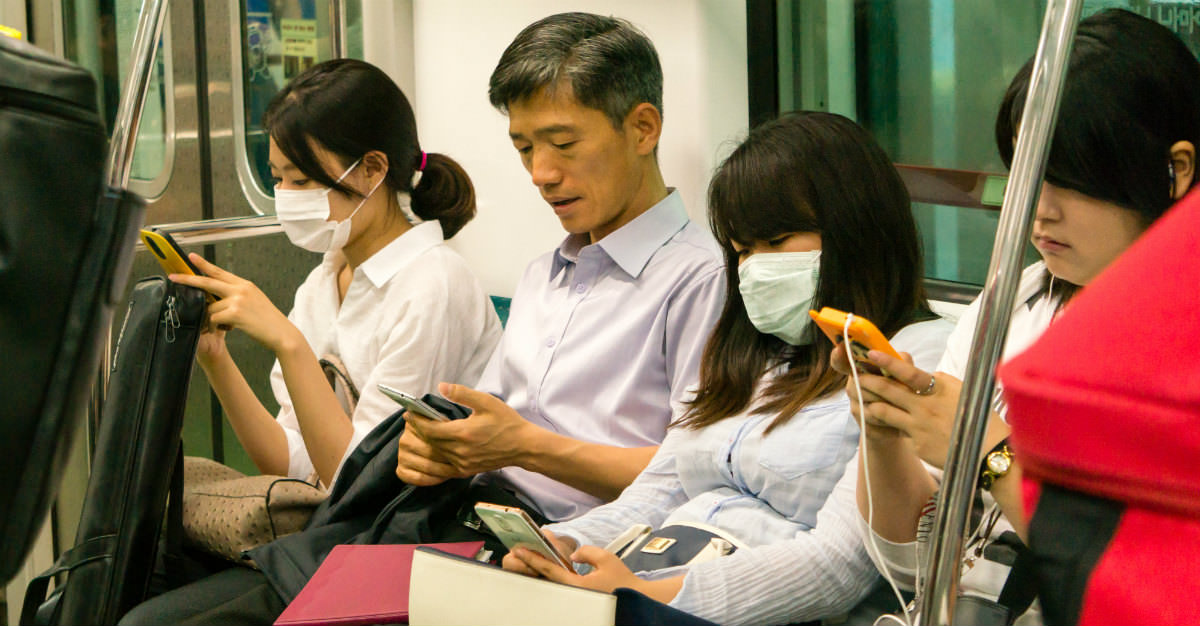 It was a simple pneumonia diagnosis.

While pneumonia is a serious illness, and it’s difficult to call any sign of it simple, this case seemed routine.

The man was sneezing, coughing and wheezing. He showed all the signs that would come with a 68-year-old suffering from pneumonia. The symptoms presented like an extreme cold or other respiratory virus.

But, this 68-year-old man did not have pneumonia.

The man had recently returned to his home in South Korea when the sickness started. He made the right call, heading to the hospital after days dealing with symptoms. But, the man forgot to tell his doctors that his recent trip was to the Middle East.

This is crucial information when returning from a region known for MERS. The virus causes death in nearly 40 percent of reported cases and is highly contagious.

So, when the “patient zero” presented with pneumonia symptoms, the hospital did not treat it like MERS. He was not quarantined in his own room. A mask was provided, but hard to hold due to the respiratory issues. The man was even moved from one zone of the hospital to another before his isolation.

During his week in and out of hospitals, the man was near hundreds of individuals. Employees and other patients were all exposed. A total of 28 people caught the virus before he was quarantined. In a little over a month there would be nearly 200 cases of MERS in South Korea, with 37 falling victim to the virus.

Health officials are still assigning blame for the epidemic.

Samsung Medical Center (SMC), the hospital that treated “patient zero,” claims the country’s Ministry of Health and Welfare is at fault. The ministry failed to release a list of hospitals exposed to MERS during this time. This led to greater exposure at hospitals, with locals flocking to all medical centers in fear of the virus.

SMC is taking its own flack for the outbreak. Between the misdiagnosis and lack of a fast quarantine, the hospital remains the source of MERS in South Korea.

No matter who is to blame, this perfect storm of mistakes is the most common cause of epidemics.

Look no further than Hollywood for an idea of how these diseases can spread like wildfire. Although movies like Contagion and Outbreak greatly overdramatize the material, the panic and fear is real.

A traveller unwittingly brings some pathogen to a foreign country.

After falling ill, they head to the hospital and receive the wrong diagnosis, like with the Ebola virus in 1976. Nuns taking care of Mabalo Lokela misdiagnosed his virus as malaria. Malaria doesn’t require a quarantine, allowing for Lokela to spread Ebola throughout the area.

Doctors are unfamiliar with the foreign disease and provide the wrong treatment.

This unfortunate situation befell Dr. Liu Jianlun of China. Severe Acute Respiratory Syndrome (SARS) is traced back to Dr. Jianlun in 2002. Chinese doctors didn’t know how to treat his strange pneumonia, leaving him open to spread the virus.

Once word spreads of some new epidemic, the public rushes to the nearest hospital. This aided in spreading South Korea’s MERS outbreak. Uninfected people spend extended amounts of time in a hospital already exposed to the virus. They visit the hospital fearing the disease, to only catch the bacteria during their trip.

Once the virus is making its way around hospitals and the public with doctors untrained to treat it, the area has an epidemic.

It’s easy to point at the mistakes made in handling MERS in South Korea. But, as history has shown, diseases sometimes need just one misstep to become an epidemic.

We just went over how epidemics spread, but what happens to the person who starts an outbreak? Head to Passport Health’s U.S. blog for a look at the unfortunate need to label someone as “patient zero.”

Heading to another country and looking to avoid any of the foreign illnesses? Passport Health can help! Give us a call at or book an appointment online.

Any questions about the start of an epidemic or MERS in South Korea? Let us know via Facebook, Twitter or in the comments!