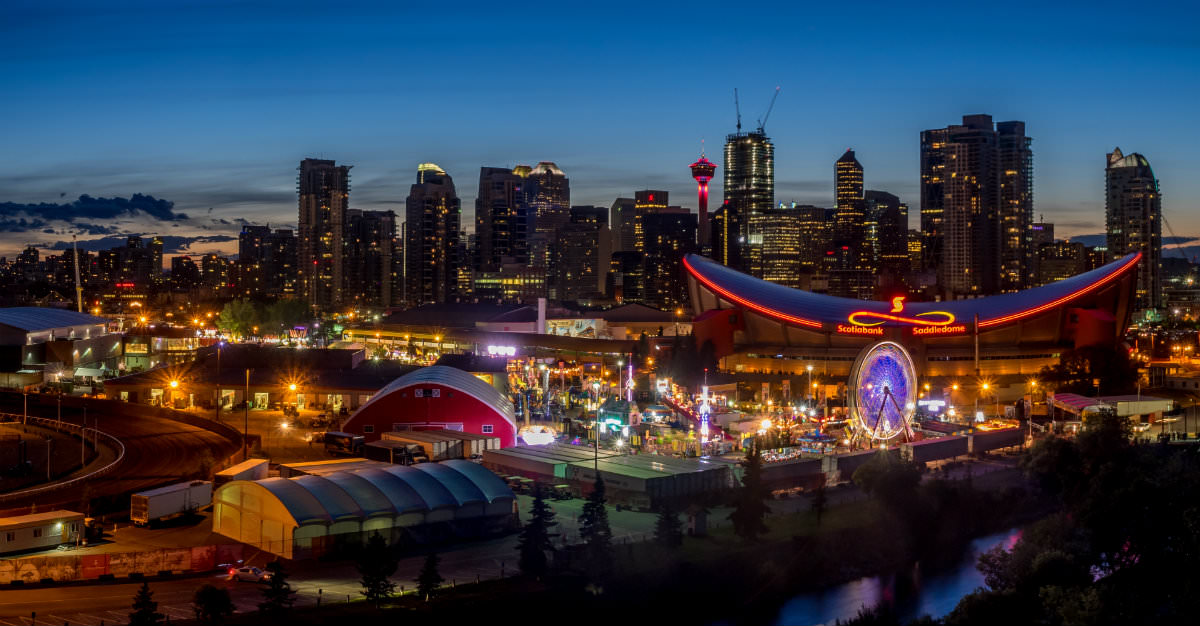 The Calgary locals knows what to expect come July.

For a week and a half, the city will transform. The cowboy culture comes alive and takes over the massive city. During this time, Calgary is filled to the brim with white cowboy hats.

That’s because the Calgary Stampede is without question the city’s biggest annual event. A mix of rodeo, state fair and block party, almost 1.5 million people come to the Stampede every year.

The century-old tradition is a staple for those locals. Nearly a million of the Stampede visitors are Calgary natives. A trip to see the bullriding or try the fair food is almost a rite of passage for the city’s natives.

But what about the people traveling to the event?

People come from all over Canada, the United States and other parts of the world to see the Calgary Stampede. Nearly half a million foreigners flock to the city for the occasion.

As with any big event though, this also leaves many chances to get sick.

It can be visitors bringing some foreign illness or catching the cough of a sick local. Maybe there’s a chance of eating some tainted fair food? One of those rodeo animals could even drag some dangerous disease into a jam-packed arena.

There’s no reason to let an illness ruin your trip to the Calgary Stampede, so here’s some ways to stay healthy during the event:

Alberta’s biggest city is widely considered one of the cleanest in the world. But, lack of litter on the streets doesn’t guarantee safety from disease.

For a trip to Calgary, the CDC and WHO recommend the following vaccines:

If you aren’t up-to-date or need a booster vaccine, call Passport Health at or book an appointment online today.

Don’t have time to get those vaccines before leaving for the Stampede? There is a Passport Health clinic a little more than 10 minutes from Stampede Park. The Downtown Calgary travel health clinic is ready to help out with those unexpected wellness needs.

The Passport Health Calgary – Chinook travel clinic also serves South Calgary and may be more convenient for some travelers.

Eating at the Calgary Stampede

As with any fair-like atmosphere, the food at the Calgary Stampede is rarely considered healthy.

You aren’t at risk of typhoid at the Stampede, but food can still find a way to ruin your trip.

Too much of that fair-style food can create a lack of energy, harm sleeping habits or create a negative mood. Anyone that suffers from heartburn or indigestion can attest that those symptoms can immobilize you for the day.

Not ideal conditions while at a giant event where walking is necessary.

This also applies to the breakfast.

The Calgary Stampede Pancake Breakfast is a staple for the event. Some kind of massive breakfast is available on almost every morning of the 10-day stretch.

But, stacks of pancakes can have a similar effect as those fried foods. Starting every morning of the trip with a flurry of breakfast foods can leave you ill-prepared for a day of wandering the Stampede or watching rodeo activities.

Now, if you’re going to the Calgary Stampede to eat the odd treats, then eat those delicious treats. But, trying all the options or too many in one day can leave you sick or without much energy for the trip. Spread out the Stampede food and avoid ruining the whole event with one day of indulgence.

Any questions or other tips about the Calgary Stampede? Let us know via Facebook, Twitter or in the comments.