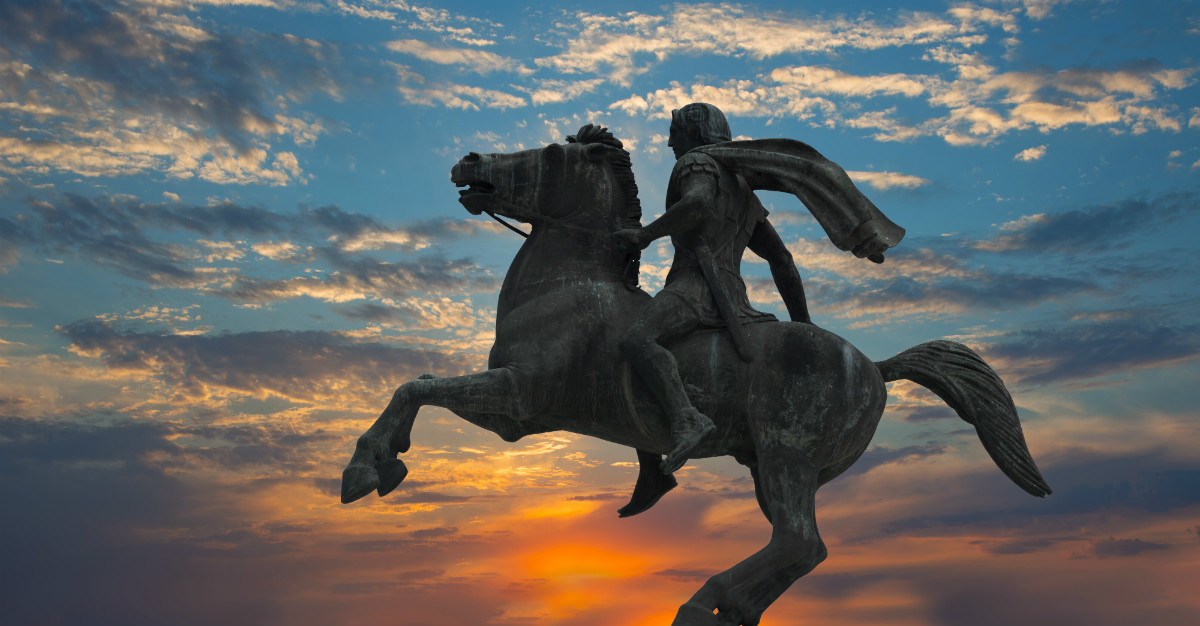 Alexander The Great remains one of the most infamous and talked about figures in history. We know so much about his conquers around the world, but so little about what caused his death. There are many theories out there as to what brought this man to his downfall, but no one knows for sure. The most realistic theories of his death involve disease and viruses.

Both of these diseases were common and rampant throughout Ancient Babylon, which would have made Alexander easily susceptible.

Transferred by mosquitoes, the symptoms of both malaria and typhoid are consistent with Alexander’s symptoms right before his death.

Endemic diseases were a huge problem in ancient Babylon, including malaria. Malaria was believed to be caused by bad air from swamps.

Both malaria and typhoid were rampant during the times of Alexander the Great and are considered highly plausible to be the cause of his death.

With more evidence emerging, Alexander’s symptoms seem to be aligning more with typhoid, especially during his last days.

According to the royal diaries’ accounts, his symptoms included fever, chills, and stomach pains. The diaries notate how he lost his ability to speak and that his face was expressionless, which could be the effects of the fever on the Central Nervous System.

Typhoid also helps explain part of a myth surrounding Alexander regarding how his body never decomposed. Typhoid can cause shallow breathing, which causes the body to go into paralysis. So, while the person may appear dead, they still may be alive. This would explain why Alexander’s body didn’t decompose immediately. Many of his men thought he was dead, when in reality, he was most likely in a comatose state.

The only evidence that doesn’t line up with typhoid is the lack of abdominal pain reported in Alexander’s final days. Although abdominal pain seemed to be bothering Alexander at the beginning of his illness, it goes unrecorded after a few days.

Of course, the largest question posed with this theory is, “Who poisoned him?” There are many theories of his men planning a mutiny and a murder-cover up, led by Alexander’s senior general, Ptolemy.

Other theories from Greek and Roman writers suggest that it was another senior general, Antipater, who poisoned Alexander. Antipater had a motive, for he was demoted shortly before Alexander’s death.

In this theory, Antipater sent his son to fill a mule’s hoof with water from the river Styx (the gateway to the Underworld), which eventually found its way into Alexander’s wine. This water could have been fatal due to the limestone surrounding the river that could have contained a bacteria called calicheamicin.

One of the most recent theories regarding Alexander The Great’s death is that he died of the West Nile virus. This theory is based off of current endemics in the middle east and is assuming that they were also present in the time of Alexander The Great.

In the ancient Babylonian region in which Alexander was traveling when he fell ill, the West Nile virus is seasonal and Alexander fell ill during that season (spring).

This theory lines up with evidence of Alexander’s symptoms as well as birds mysteriously dying off at high rates during the time.

Although disease or mutiny may have led to Alexander the Great’s demise, the effects of his conquering are still alive today and he will remain one of the most fascinating leaders in history.

Any questions about malaria, typhoid or anything else that may have killed Alexander the Great? Let us know via Twitter, Facebook or in the comments.