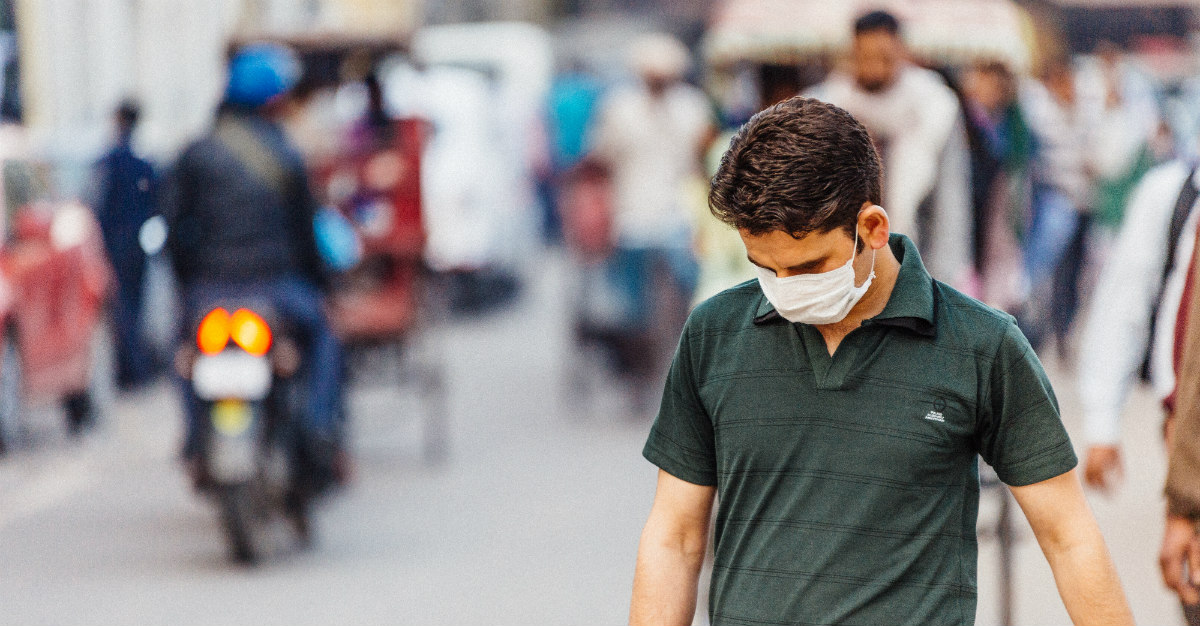 The world is constantly struggling to get ready for the next epidemic.

Currently there are different methods in place to track outbreaks. This allows the world to pinpoint where outbreaks happen and where they might strike next. But, we still doesn’t have tools in place to handle an epidemic once it starts.

It’s no coincidence that there are multiple devastating outbreaks every year. According to Time, annual disease epidemics have tripled since 1980. The number of new diseases have also seen a significant spike over that time and deadly viruses are on the rise across the globe. From MERS in the Middle East to Ebola in West Africa, travel warnings are all we have to stop future outbreaks.

Modern medicine provides protection, but it’s no match for increasing globalization. The world’s growing need for travel is how diseases go from country to country.

A disease may start in some remote part of the world, but visitors can quickly bring a parasite across the globe. Responding to an earthquake, peacekeepers from Nepal brought the cholera outbreak to Haiti. Volunteers unknowingly spread Ebola from West Africa to their home countries.

Over the last century, the world has made giant steps in immunization. Many viruses have vaccines to avoid infection, but we are still missing prevention for more dangerous diseases. The Ebola outbreak, which started around 2014, ended up taking the lives of more than 11,100 people. Scientists discovered the disease in 1976, but there still isn’t any type of approved vaccine.

While the desire for an Ebola vaccine exists, many of the researchers lack money. It can take years of testing and research and millions of dollars to develop a single vaccine. There’s not a lot of incentive for companies to invest in research, leaving funding up to the government and donors.

If we don’t have vaccines against the viruses, the key is in planning and predicting the outbreak.

One program, PREDICT, has been in use since 2009. Developed by the United States Agency for International Development, PREDICT has already found hundreds of new diseases.

The Global Virome Project focuses on the diseases we’ve already found. The program categorizes all known diseases and tracks them for outbreak potential.

Different countries aren’t the only ones working against these future epidemics. The Center for Disease Control is making plans to fortify itself against upcoming outbreaks.

The CDC plans to soon invest $2 billion to help prepare itself, state and local health departments for various health emergencies. The U.S.-based organization will then have the country’s most extensive plan for future outbreaks. Even with research programs and donations spilling in, the U.S. does not have a national strategy for handling pandemics.

The lack of preparation for the Ebola outbreak bodes poorly for the next epidemic. The WHO leadership released a statement after the outbreak noting flaws in their response to the crisis. The organization stated that they wouldn’t be prepared for what comes next, even after determining their flaws.

There are many needs to prepare for an epidemic. Planning, vaccines and money for research are all keys in stopping an outbreak. For new diseases, or even bugs that have been around for years, the world is short on those resources.

The time for epidemic planning doesn’t start with an epidemic. The world needs to invest in these resources and vaccines for the probable chance of a worldwide outbreak.

The world may not be ready at the moment, but we’ve made strides in disease preparation. With more time, and hopefully more resources, disease prevention becomes a greater possibility.

Any questions about disease preparation or future outbreaks? Let us know in the comments, or via Facebook and Twitter.