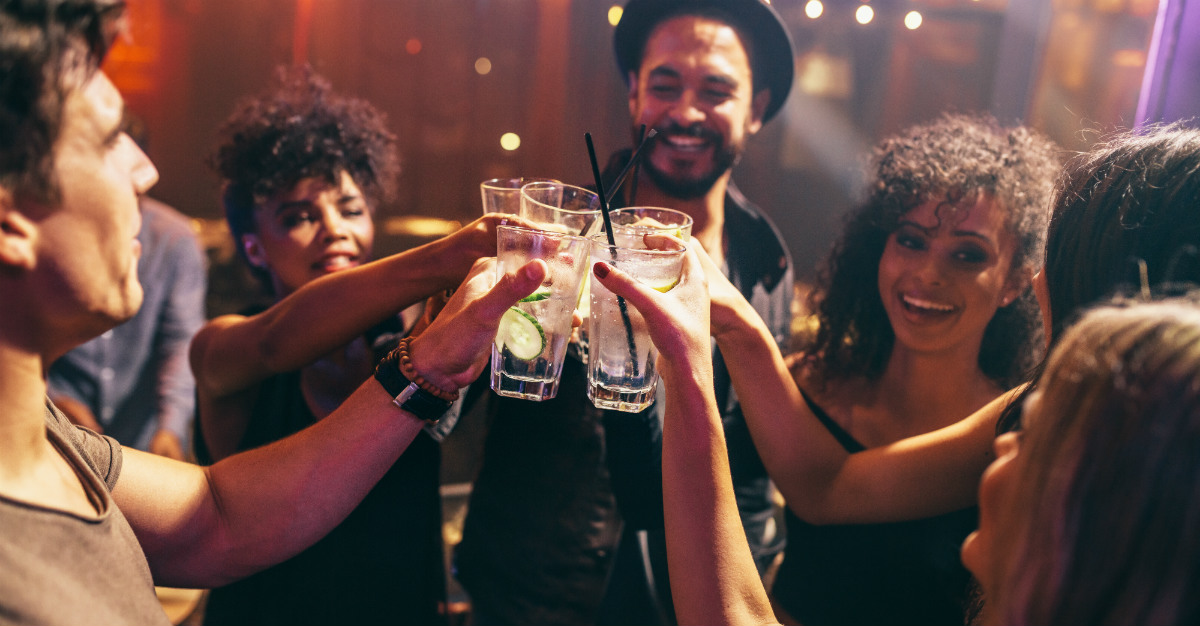 With every trip to a different country, you’re expected to take in the local customs. Eat the food, visit the sites, live like someone who calls the place home.

For many travelers, this also applies to alcohol.

To get the most of a region, you will often need to experience the bar scene or try the drink that every local recommends. Not only is it crucial to the travel experience, but the liquor customs offer just another chance to meet and bond with the locals.

Whether it’s a new region, nation, city or neighborhood, every place puts their own stamp on alcohol consumption. These are seven of the best foreign drinking customs:

This fun tradition dates back to ancient times and is specific to Crete alone.

The drinking game of “koupa,” is considered sacred but is very simple. One person calls on someone and they must then drink everything in their glass and kiss the bottom for good luck. They then call on someone else and the game just continues that way.

Koupa is particularly popular at events such as bachelor or bachelorette parties and other festivities. Afterward, it’s tradition to cap the game off with another Greek custom: breaking dishes.

It’s no surprise that Ukrainians love vodka, but you’re also likely to find a homemade version of the drink. Locals in the countryside are known to brew their own vodka and share it with visitors.

But, it’s at weddings that you’ll find some fun customs.

At a traditional Ukrainian wedding, it is customary for guests to try and steal one of the bride’s shoes while she is sitting. If a guest manages to do so, they are able to make some “lighthearted” requests from the wedding party to earn the shoe back.

The most famous of these demands, guests will have to drink from the shoe. Now they don’t literally drink from it; instead they place a glass inside the shoe that the guests then drink from.

The small town of Haro, Spain is famous for producing Rioja wine.

On June 29th, the day of the Feast of Saints Peter and Paul, is the Haro wine festival which is just an all-out wine war. The event starts the night before in which the entire town parties in the streets.

The next morning, partygoers proceed into the mountains in the traditional attire of white shirts and red scarfs. Then, using sprayers, buckets or anything they can find, every participant is soaked in the booze.

While moonshine tends to be seen as a southern American drink, Hawaii has brewed its own version of the concoction for thousands of years.

The drink, called “swipe,” is simply pineapple moonshine. And, much like moonshine on the mainland, swipe was outlawed twice, once in 1818 and then a century later by the national government.

But, this pineapple moonshine is ingrained in the Hawaiian culture and is still made today.

The tradition called “Kopstootje” translates to “little headbutt,” although it’s far less violent than you might expect.

This refers to their drinking custom of knocking back a shot of Genever, a Dutch liquor that resembles gin. The alcohol is traditionally served in a tulip shaped glass that’s filled to the brim.

The goal of this custom is to avoid spilling any liquor, hard to accomplish when using no hands to complete the tradition. Thanks to this wrinkle, drinkers will have to lean over the table and slurp the alcohol from the glass.

After the glass is empty, the drinker is supposed to chase the Genever with a beer.

Another wedding-based tradition found in Europe.

It’s custom for the groomsmen to kidnap the bride after the ceremony and during the wedding reception. They’ll then take her to a bar, and wait for the groom to come and retrieve his bride.

But, it’s not over once he’s found the kidnappers and the bride. The Groom has to pay the bar tab that the group has been racking up, along with buying a round of drinks for the whole bar.

Don’t expect to just buy drinks for yourself when hitting the bars in Australia.

This tradition that’s held down under is called “shout.” Simply put, the custom requires each friend to “shout” a round of drinks for everyone when they’re out together. It’s even considered offensive not to partake in the tradition, especially if others have already bought drinks for them.

While this is a common practice, many admitted that they’d prefer to avoid the “shout.” In a recent survey, 85 percent of Australians said they take part in the tradition, although 81 percent only want to pay for their own drinks.

Did we miss any of the best foreign drinking traditions? Let us know in the comments, or via Facebook and Twitter.