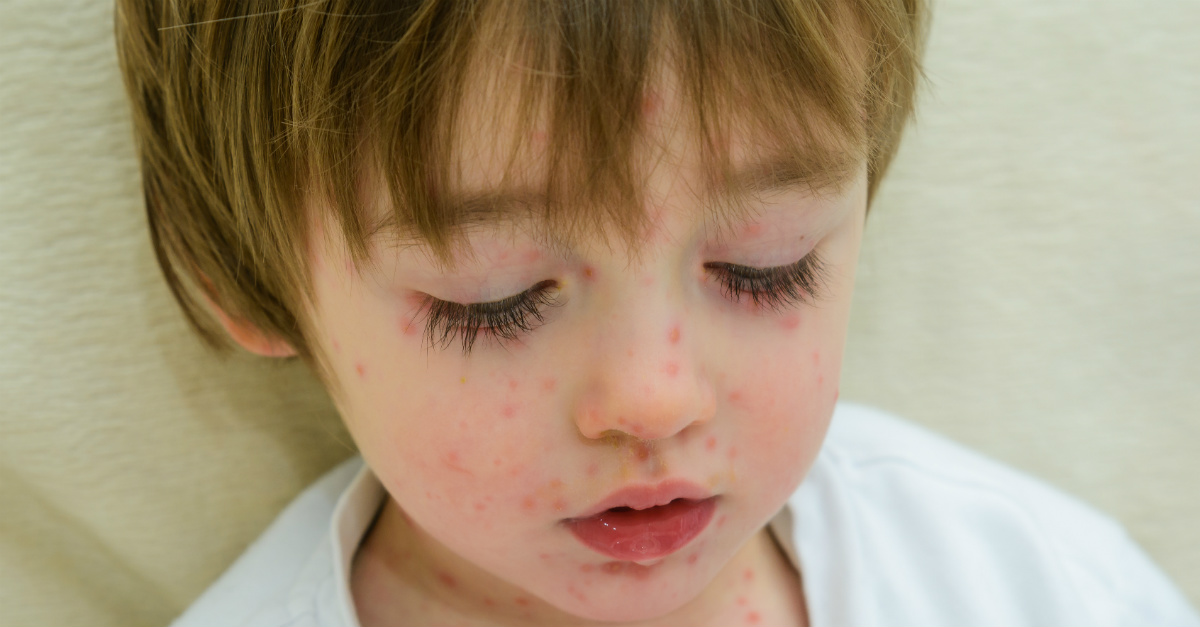 Chickenpox is a highly contagious virus characterized by a blister-like rash to form all over the skin. Spreading across the body, the pock-marked rash is also extremely itchy.

It’s probably less of a concern for parents of young children, but the chickenpox virus can also cause shingles.

What is a Chickenpox Party?

Chickenpox parties are less a celebration and more of a way to share the virus. Parents will bring their child to play or spend time with another child who’s infected with chickenpox. As it’s contagious, this spreads the virus throughout the group.

While it can be a dangerous virus, chickenpox is also known to create an immunity after that first infection. By exposing their child to the chickenpox, the parents hope to avoid any issues with the virus in the future.

Although considered outdated, this practice is popular for parents that want to avoid vaccines. Chickenpox parties were common practice before the vaccine was available to the public in 1995. During this time, thousands were hospitalized and over 100 people died every year from the virus.

Is a Chickenpox Party Worth the Risk?

Exposing your child to chickenpox may pose more risks than parents are aware of.

While the vaccine uses a weakened and controlled version of the virus, chickenpox parties don’t have that luxury. The virus could potentially put your children at risk for severe complications such as pneumonia, toxic shock syndrome, encephalitis and other life-threatening infections. Even if the child has a strong immune system, there is no way to predict how their body will react to the virus.

Infecting your child with chickenpox can also put those around them at risk.

Pregnant women can be affected by the disease, even if they have the vaccine. In rare cases, they can develop pneumonia, encephalitis, or hepatitis. In these situations, the virus can even spread to the fetus. The child could be born with chickenpox or develop Congenital Varicella Syndrome. This can lead to damage of the baby’s skin, eyes, legs, arms, bladder or even the brain. Fetuses infected in the neonatal period of development also have a mortality rate of 30 percent.

New Versions of the Chickenpox Party

In the days of online markets, some have resorted to purchasing infected “items” off of the internet. Often times, it ends up being a lollipop which is supposed to contains the chicken pox virus. The child could then infect themselves with the virus while avoiding risks of the party.

Not only is this highly unsanitary, but it could expose your child to an even worse virus. You never know if the carrier of the virus has any other diseases. Diseases like hepatitis B, strep A and the flu can all spread via saliva.

This practice even opens up the risk beyond a simple illness.

If it’s an unreliable source, you never know if there are harmful toxins or poisons your child is exposed to. It is also illegal to transport any virus via mail.

At the end of the day, the chicken pox party is an outdated practice. With a vaccine available, the parties pose an unnecessary risk that could lead to greater health issues. Used for over two decades, the vaccine has been proven both effective and safe.

Do you have any other questions about chickenpox parties? Let us know in the comments, or via Facebook and Twitter.