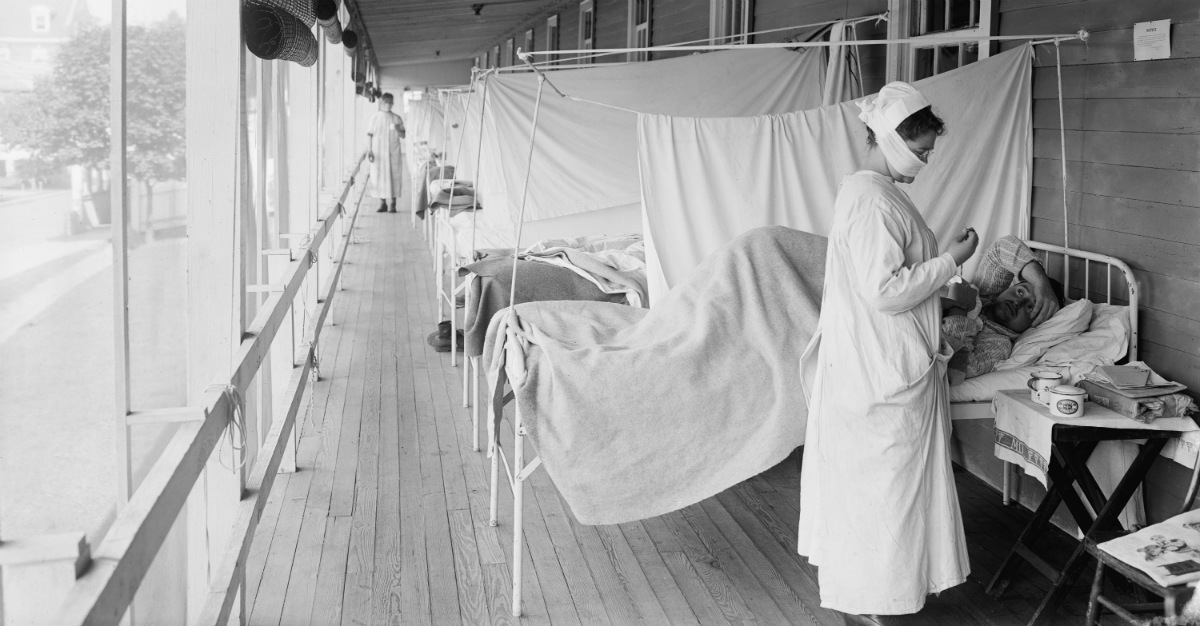 A century ago the world was shaken by the 1918 Influenza Pandemic, an event that infected about one-third of the world’s population. The epidemic ultimately resulted in about 50 to 100 millions deaths.

While many people may know how destructive the Spanish Flu was, few realize how much it shaped modern medicine and our response to outbreaks. In 1918, the world learned the immense value of epidemiology.

The Bureau of Labor Statistics describes epidemiologists as “public health professionals who investigate patterns and causes of disease and injury in humans.” They use research to better prevent disease within the worldwide community.

But how did the influenza problem start in the first place?

World War I conditions allowed influenza to spread through military camps and some cities in the spring of 1918. The spread during this time is know known as the “first wave.” Cramped living quarters and large troop movements helped spread the influenza. With no understanding of viruses, the military had no idea of these dangers.

But, it was a lack of information to the public that also increased the spread. The general population was kept in the dark about the spreading virus.

This was because officials were wary of hurting wartime morale and leaking information to enemy sides about the conditions of soldiers.

The first wave of Spanish flu was limited and relatively mild, but that didn’t last for long. Secrecy of the disease assisted the second and third waves of the pandemic. Spreading in full force, these waves caused incredible damage.

In fact, this idea is where the event gets its name – contrary to popular belief, the Spanish flu is not actually Spanish. Spain was a neutral nation during the war and as such, freely reported news on the pandemic. A strong association was then created that’s now lasted for a century.

At the time influenza was also not a reportable disease. Doctors did not have to document cases of the flu and share this information with the government.

Doctors and scientists did not have a real concept of viruses in 1918, so few people realized how quickly the problem was growing. When public health measures were taken to encourage good hygiene and regulate quarantines, they were too late.

Awareness and preparedness plans for such an occurrence were basically nonexistent. According to the Smithsonian, eugenics were partly to blame.

Eugenics is meant to create better generations of people for the future. This is done by selecting and breeding the best characteristics in humans.

The concept connects deeply with the once popular theory of Social Darwinism. An idea spread that the poor population who got ill as a result of their circumstances deserved it or were susceptible to it due to their station in life.

Healthcare was favored considerably toward the elites of society and not recognized as a universal right. Following the end of the pandemic, this changed on a global scale. Many countries looked toward socialized medicine as well as epidemiology for the general public.

Only a few years after the 1918 Influenza Pandemic, nations started or revitalized health organizations. They also took part in an international bureau to fight epidemics and conducted national health surveys.

Even these measures were only the start to prevent a similar pandemic.

Today, organizations and authorities generally try to be as proactive as possible. They keep detailed accounts of cases for analysis and encourage people to get vaccinated early.

The concept and education of flu season was borne out of the prevention efforts. Nations launched public health campaigns and started to immediately alert the public of possible risks.

We also have a much greater understanding of viruses and the threat they can pose.

For example, we know that symptoms of the flu are usually sudden. The virus quickly leads to a fever, chills, coughing and a runny or stuffy nose.

A major new development since the pandemic is of course, the flu vaccination, among other vaccines. Created in 1938 with fertilized chicken eggs, several options are now available to fight against influenza, including high-dose vaccines for seniors and egg-free varieties. Although the flu changes every year, scientists work hard to predict which strains people need to be protected from the most.

Flu season picks up around fall, peaking during the winter months. If you’re looking for more information about flu prevention, Passport Health can help. The flu vaccine is available at all Passport Health clinics. Give us a call at or book an appointment online now and speak to a nurse for tips to stay free of the flu.

Did you know how important the 1918 Spanish Flu Pandemic was to the healthcare strategies we use today? Have you or someone you know ever had a scare because of influenza? Do you make sure to get your vaccination every year? Let us know in the comments below, or via Facebook and Twitter.