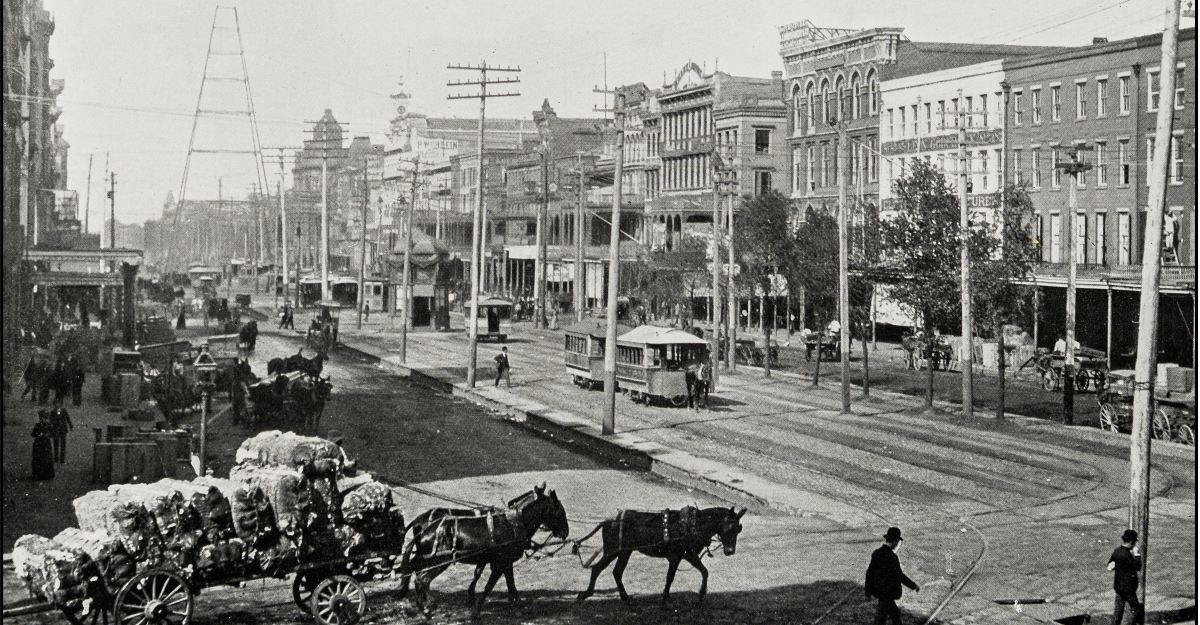 When yellow fever comes up today, you likely imagine a tropical disease. It might only appear as a risk to people in Africa, South America or the Caribbean.

But, the mosquito-borne disease wasn’t always just a foreign risk. There was a time that yellow fever terrorized New Orleans, Louisiana.

In the 1800s yellow fever took hold of the busy city and more than 41,000 people were lost. Despite not knowing the origin of the disease, the city took many efforts to try and contain and erase it.

New Orleans’ first yellow fever outbreak began in 1796, according to Amanda McFillen, the Associate Director of Museum Programs at the Historic New Orleans Collection. By the mid-1800s the disease would take a record breaking 8,000 lives in only a single summer.

Most people who were infected might not have realized it at first, as symptoms first appear a few days after infection. But, once the disease started to show, it could become very unpleasant and debilitating.

The first phase, known as the acute phase, includes symptoms such as dizziness and a sensitivity to light. A few signs would signal the infected was in the final, toxic phase of yellow fever. A yellow tint on their skin, a sign of jaundice, or bleeding from the eyes and mouth would be undeniable.

This whole process, going from the acute to toxic phase, could happen over the span of a week. The Louisiana state website describes an alarming death rate as, “people died faster than graves could be dug.” A saying at the time even predicted, “that pretty soon people would have to dig their own graves.”

Thanks to Max Theiler, the vaccine for yellow fever was discovered and could start mass production in 1937. But, before this discovery, no one in New Orleans knew the exact cause of the disease taking thousands of the city’s inhabitants’ lives.

There were countless efforts to put an end to the disease. The city would burn tar in hopes that the smoke would dissolve any clouds of disease in the air, thought to be the root of the sickness. Those infected would be given treatments of bloodletting in hopes that the disease would be drained from the body.

Although, nothing seemed to work until the city started to clean up its street and improving sanitation methods. The city’s efforts managed to erase the standing water areas. Even today, those areas prove deadly, with mosquitoes thriving near swampy regions.

The epidemic seemed to end in the fall of 1905 after a large-scale mosquito-eradication program.

During this yellow fever outbreak in New Orleans, the death rate ranged from the low two digits to thousands each year. It’s said that, “1 in 15 during the summer of 1853” died due to contracting yellow fever. This means the outbreak caused one of the single highest annual death rates of any state during the 19th century.

While New Orleans managed to put a stop to the epidemic, yellow fever still exists in many countries.

Currently there is still no medicine to treat or cure those infected with yellow fever. But, travelers can still take precautions against the disease.

The most reliable method is with the yellow fever vaccine. The vaccine provides the best protection against the disease, especially if you’re planning to visit any areas where yellow fever is present.

Mosquitoes are active all day long. Only through using insect repellent and covering all limbs with clothing can you protect yourself.

While the risk of yellow fever is no longer relevant in the United States, it is still present in other parts of the world. If you need help in preventing yellow fever before visiting an endemic region, Passport Health can help. Give us a call at or book an appointment online and speak to a travel health specialist.

Did you know New Orleans suffered such a deadly yellow fever outbreak in the 1800s? Let us know in the comments, or via Facebook and Twitter.