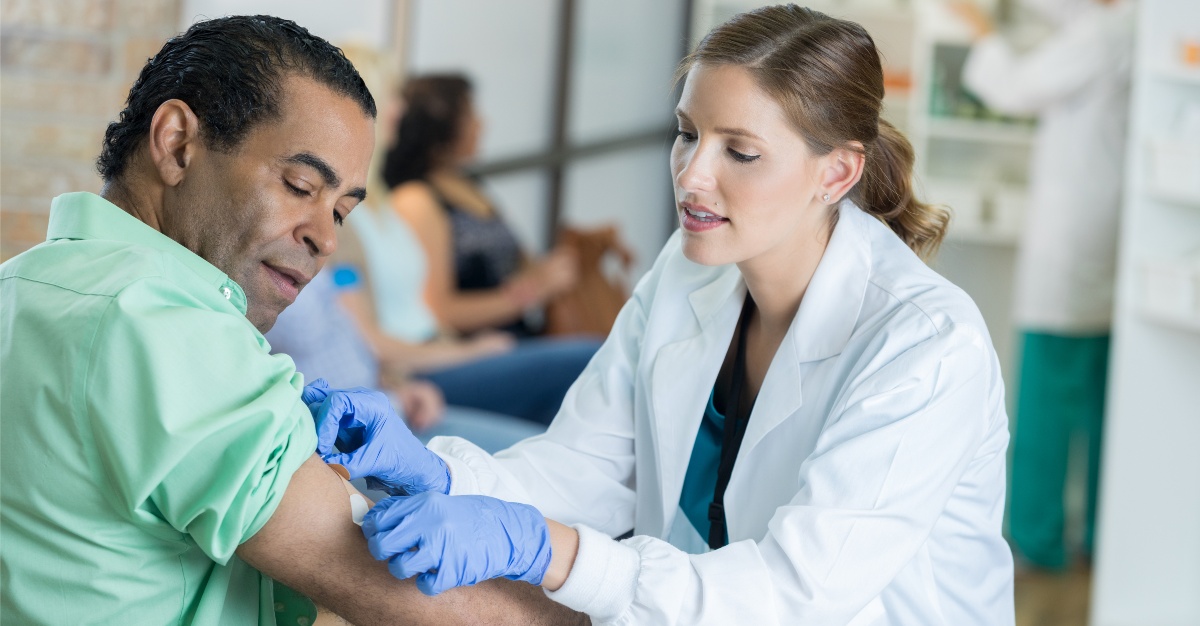 One of that largest myths when it comes to the flu is that you can get sick from the flu vaccine. In fact, this can stop someone from getting the flu shot all together.

But, this fear is not based in fact.

According to the CDC, flu vaccines are made in two different ways. Either the vaccine contains flu viruses that have been killed or they contain only a single gene from the flu virus.

While it’s not possible to get the flu from a flu shot, some people still may get the flu even if they get the flu shot for that year. This is due to a variety of reasons:

It is also possible for people to experience side effects after getting the vaccine. Side effects usually occur within minutes or hours of the injection. According to WebMD, a common side effect of the influenza vaccine is soreness where the shot was given. You can also experience a small fever or aches.

Severe allergic reactions may occur after getting the flu vaccine. These side effects usually happen shortly after getting the shot. They include shortness of breath, hives, swelling of the lips, and dizziness.

If you are experiencing any of these symptoms after getting a flu shot, call 911. If you’re worried about an allergic reaction before receiving the vaccine, take a look at the ingredients in the flu shot.

While many actions can help you stay free of the flu this season, the vaccine is the most reliable way to lower risk of the flu. The influenza virus mutates every year and the flu shot of that year is reflective of the mutation. For example, using data and information from last year’s flu strains, the CDC made some changes for the 2018-2019 flu vaccine to reflect last years’ virus.

Would you like to schedule your flu shot now for the 2018-2019 flu season? Any time is the right time. Contact a Passport Health Flu Specialist by scheduling an appointment online or call at . Passport Health also offers on-site flu vaccinations.

Have you received your flu shot for this season? Did you know the vaccine uses an inactive version of the virus? Let us know in the comments, or via Facebook and Twitter.