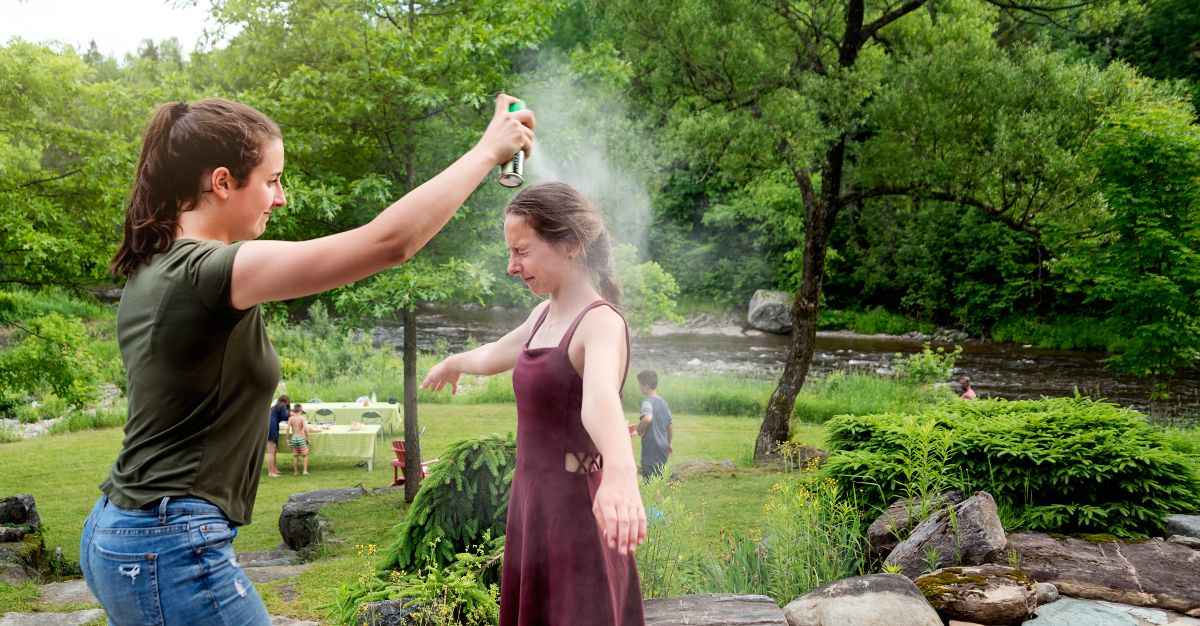 Do you know what the active ingredient is in many insect repellants? If you said, “DEET” you’re correct.

DEET is a chemical ingredient that has been used since the 1940s as the active ingredient in over 500 brands of insect repellants. Although, in recent years consumers have become educated about chemicals used in household and personal products. Many have expressed concerns about applying these chemicals to children’s sensitive skin.

As a result, people are looking for an alternative, especially a plant-based option. One other increasing factor is that DEET is becoming less effective in deterring mosquitoes. These pesky insects are now developing a resistance to the synthetic ingredient.

But all this could change in the next few years thanks to a parasite.

Yes, you read that right.

The next active ingredient in insect repellants could be from a parasite that emits a strain of bacteria known as Xenorhabdus budapestensis. This bacterium lives in nematodes which are a type of roundworm. Scientists say that these worms live in the moist dirt. The parasite generates bacteria to protect itself from different insects it comes into contact within the ground. It then kills the insects, stopping it from invading its body.

A few years ago, a scientist from the University of Wisconsin-Madison named Que Lan began researching these worms. Lan looked into how the different concentrations of bacteria could kill mosquitoes. Sadly, she passed away in 2014 before she could complete the study.

Thankfully, Professor Susan Paskewitz raised funds and continued the study that Lan started. Paskewitz didn’t work alone, teaming up with Mayur Kajla. The pair conducted various tests to determine if the bacteria will repel mosquitoes like it does other insects.

To ensure the success of the study, the researchers isolated the repellent from anything else the bacteria secretes. In various experiments, different concentrations of the bacteria were set aside. They tested the separate bacteria for how well is repelled mosquitoes.

Kajla modified mosquito feeding systems that, “closely mimicked a mosquito feeding on a human.” She used a cheesecloth that was saturated with the potential repellant, as well as DEET, water, and picaridin. She then laid it over a faux membrane representing human skin.

Then, the mosquitoes fed for 30 minutes.

Those who engorged themselves with the red serum, the “blood,” were frozen and the scientists recorded the data. The mosquitoes with the least amount of engorgement showed the repellant was best in the higher strength solutions.

They did run into one hurdle in the process. The tests showed the bacteria were from the fabclavine class of substances. This group of chemicals could prove more difficult to duplicate and manufacture.

Kajla noted her surprise to NPR in how effective the bacteria was as a repellant. “You’d need three times as much DEET and eight times as much picaridin, another effective repellent, to repel the same percentage of insects,” she added.

The tests were done some of the world’s most dangerous mosquitoes. They tested Culex pipiens, Aedes aegypti, and the Anopheles gambiae mosquitoes. Zika virus, yellow fever, Japanese encephalitis, and malaria all spread via these species.

Like most potential breakthroughs in science, more testing is needed. While it may be some time before we know how effective the bacterium is when sprayed on human, researchers remain hopeful. Early results already show signs of another deterrent from the dangerous insects.

Did you know DEET was responsible for insect repellent? Would you be interested in a bug spray that relies on these parasites? Let us know in the comments, or via Facebook and Twitter.