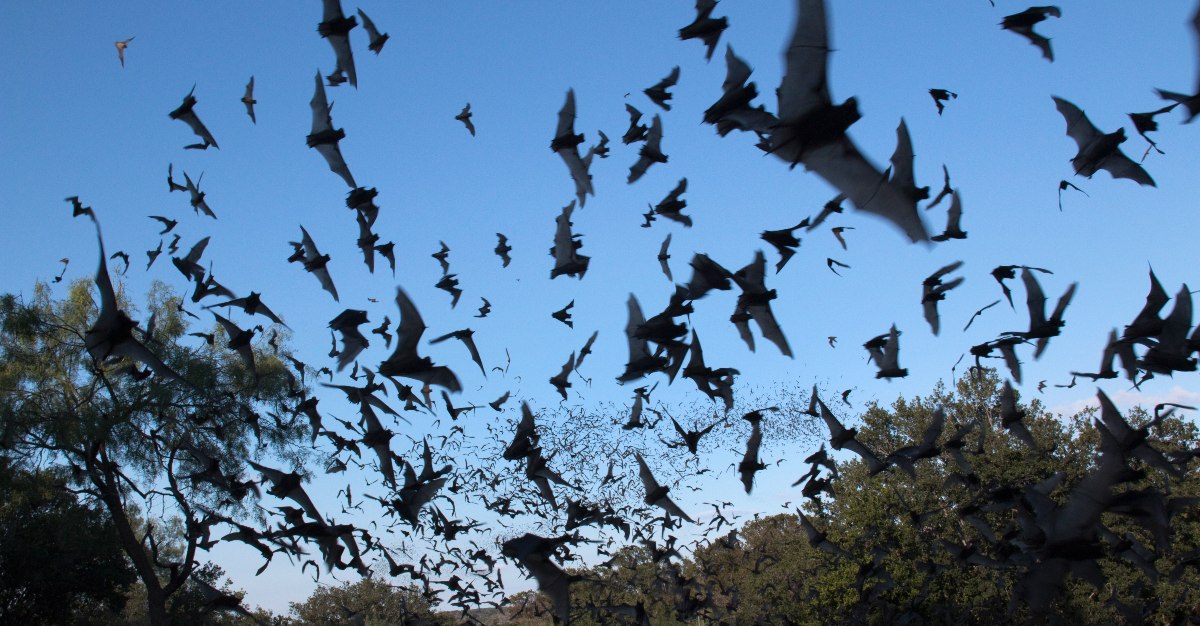 There are a few types of influenza and thousands of virus strains, which is why scientists develop the new flu shot each year.

The flu has different carriers too. Flu viruses can spread from animals to humans. This process is referred to as zoonotic transmission and has led to global outbreaks and pandemics. In recent years, you’ve likely heard of those worldwide flu epidemics courtesy of animals. Pigs, chickens and other birds can carry the virus.

Over 1,000 bat species are spread across the globe. That total makes up about 20 percent of all mammal species in the world. Bats can also live in huge colonies of up to 20 million individual bats. They offer a large source to spread virus and that’s been a common problem in the past.

Bats have long been known to spread various germs and infectious diseases. The animals have aided in dangerous outbreaks like Ebola, but researchers confirmed they could also harbor a new type of flu virus.

Knowledge of this new bat flu comes from a discovery in 2013, when scientists identified a new virus in South America. They also learned the transmission happens between bats and humans much like Avian Flu is passed on to people.

But, how does that happen?

Did you know that these acidic receptors cover almost all human cells? Scientists attest to the fact that these cells mutate while in transit from one host to another. After that transmission, a person becomes sick with the Bird Flu.

So far, there is one crucial difference between Bird and Bat Flu: scientists don’t know if the latter can spread to humans.

This mystery actually poses a challenge for virologists.

Specifically, those at the Institute of Medical Virology at the University of Zurich. Those scientists conducted a study on the Bat Flu.

The group knows that this strain of Bat Flu enters the body and binds to the protein called major histocompatibility complex, second class (MHC-II). The lead scientist, Silke Stertz said, “These protein complexes are normally located on the surface of certain immune cells, and their role is to distinguish between the body’s own cells and structures and those that are foreign.” This is the primary function of the immune system to protect the body from unhealthy germs and intruders.

Another scientist, Umut Karakus, was quoted in Science Daily about the study. Karakus noted that not only can the bats use the MHC-II proteins, which they share with humans, but do the same with other animals too. The scientist mentioned mice, pigs, birds and other kinds of bats as possible carriers. Beyond infecting humans, this Bat Flu could possibly reach the animals living near us.

But, this spread to humans and other animals still needs further research. Before we panic in fear of a flu pandemic, the scientists need to confirm the idea with more tests.

Had you heard of this possible Bat Flu? Have you been vaccinated for the current flu season? Let us know in the comments, or via Facebook and Twitter.