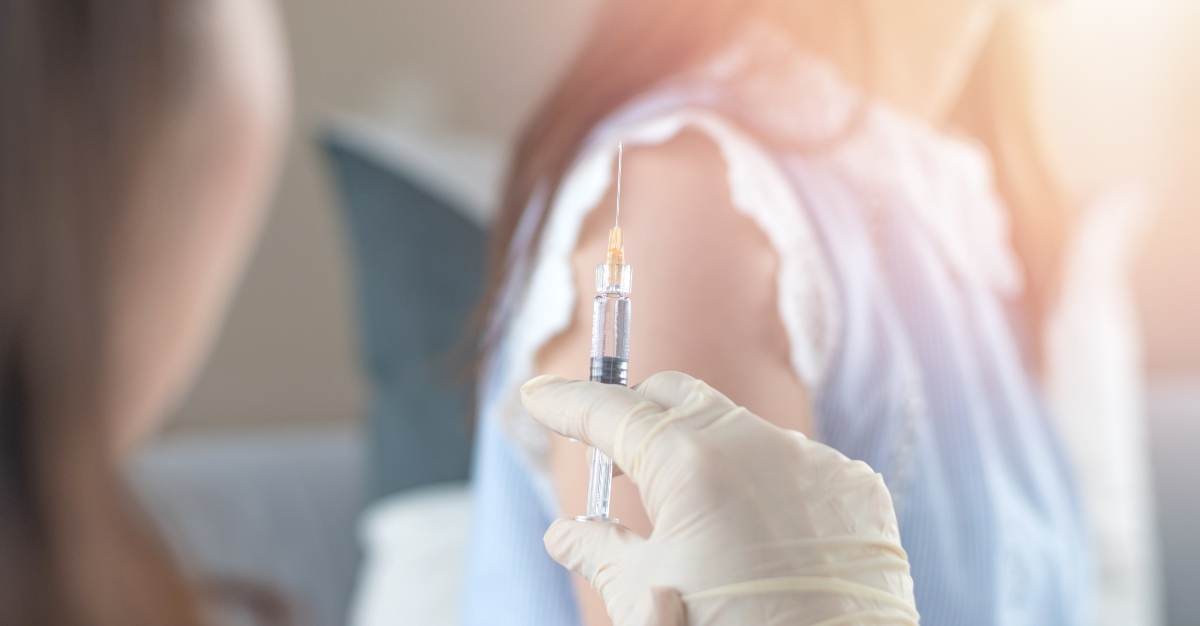 Recommended for most travelers, the typhoid vaccination has helped save countless lives and provided protection against a troubling illness. We recently learned the vaccine may even protect against many diseases besides typhoid.

But, who originally created the typhoid vaccine?

Credit for the vaccination is granted to not one man, but two: Sir Almroth Wright and Richard Pfeiffer.

Typhoid fever is an acute illness caused by Salmonella Typhi bacteria. The disease spread through food or water contaminated with infected fecal matter. Approximately 22 million people get typhoid fever around the world every year with 200,000 related deaths.

The disease is common virtually everywhere around the globe except for industrialized regions.

Symptoms of typhoid will commonly include a sustained fever, stomach discomfort, weakness, diarrhea or constipation, cough and loss of appetite.

Typhoid can only be diagnosed through testing a blood or fecal sample. Antibiotics can help treat typhoid fever, but the disease is becoming increasingly drug resistant.

The bacteria which causes infection may still be present in patients even after symptoms go away. It’s important for those who have had typhoid fever to still take precautions until tests confirm Salmonella Typhi is cleared.

Who is Responsible for Creating the Typhoid Vaccination?

Credit for the creation of the typhoid vaccination has been somewhat disputed over time. Both Sir Almroth Wright, a British pathologist, and Richard Pfeiffer, a German bacteriologist have a claim to its creation.

It’s generally agreed that Wright was responsible for designing the actual vaccine. Although, Pfeiffer is recognized for his pioneering work with immunity that allowed for creation of the vaccine.

How Did Pfeiffer Help Create the Vaccine?

Pfeiffer’s breakthrough came after he spent time studying with, assisting and eventually traveling with famed father of modern bacteriology Robert Koch. Pfeiffer and his team would then discover the Pfeiffer Phenomenon in 1894.

They tested live cholera and typhus bacteria with guinea pigs. Pfeiffer then found the specific bacteria-dissolving immune bodies needed to prevent both typhoid and cholera.

How Did Wright Help Create the Vaccine?

Just two years later, Wright, a professor of pathology with the Army Medical School in Netley, created the typhoid vaccination.

Wright also fought to put the vaccine into full use.

A paper published by Oxford University Press in 1981 addressed Wright’s hard work in completing the vaccine. “There is no doubt that his persistence in the face of numerous obstacles resulted in the first wide-scale vaccination campaign against typhoid fever in the British and Indian armies.”

During this time, soldiers at war were more likely to be killed by typhoid than combat. The creation of the vaccine and its further development proved immensely valuable.

Since the creation of the vaccine, typhoid infection rates steadily declined. As global understanding of sanitation grew, cases dropped even more.

Today only about 300 typhoid cases occur in the United States each year. In most of these cases, the patients had recently travelers to a typhoid-endemic country.

How Should I Avoid Getting Typhoid?

The main way to avoid becoming sick with typhoid in an at-risk area is to get vaccinated. If you have questions about the typhoid vaccine, Passport Health can help. We offer two types of vaccines: pills made with attenuated live bacteria or an injection made from inactive bacteria.

The vaccination is important for travelers going to developing areas. Travelers should take precautions to avoid infection, particularly when going to higher-risk areas including south Asia, Africa and Latin America.

In addition to receiving a typhoid vaccination, the CDC recommends these other precautions:

Did you know two different researchers are credited for their work on the typhoid vaccine? Have you ever gotten the vaccination before travel? Let us know in the comments below, or via Facebook and Twitter.