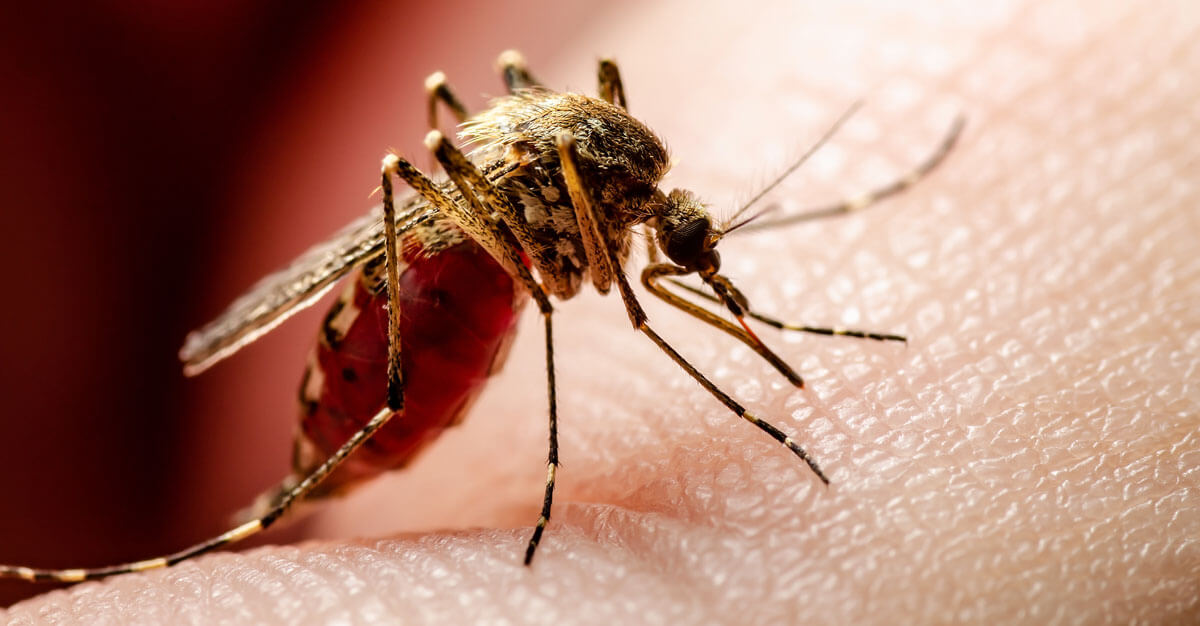 Dengue viruses are spread to humans through the bite of an infected mosquito of the Aedes species, more specifically the female Aedes aegypti or Aedes albopictus. Mosquito-borne diseases include malaria, Zika, West Nile virus, chikungunya, and dengue fever.

Among these diseases, dengue fever is considered to be the most immediately critical. According to the World Health Organization (WHO), dengue fever is also the most rapidly spread mosquito-borne disease with a “30-fold increase in global incidence over the past 50 years”. Dengue viruses are spread to humans through the bite of an infected mosquito of the Aedes species, more specifically the female Aedes aegypti or Aedes albopictus. With almost half of the world’s population, roughly 4 billion people, living in areas at risk of dengue fever, it’s important to recognize the mosquito specifies and to take necessary precautions to protect yourself.

Every year there are about 400 million cases of dengue fever, with approximately 100 million of those cases resulting in people getting sick from infection. Symptoms can be mild and typically last 2-7 days with most people recovering within a week. Common symptoms include having a fever with any combination of the following: developing a rash, having nausea, vomiting, and experiencing aches and pains in the eyes, muscles, joints, or bones.

There is no specific treatment for dengue fever, you can treat the symptoms and contact your healthcare provider for further guidance. Dengue fever symptoms can sometimes be confused with other illnesses. But if after your fever breaks and you experience more severe symptoms, such as vomiting blood or belly pain, you should seek immediate medical care. Severe dengue fever can lead to shock, internal bleeding, and even death. It is a medical emergency and should be treated as such.

Dengue fever is mainly prevented by taking precautions against the mosquitoes that carry the virus. The main carrier of dengue viruses is the female Aedes aegypti mosquito. While other species within the Aedes genus can also carry dengue fever viruses, their contribution is only secondary to the Aedes aegypti.

The Aedes aegypti is a smaller mosquito breed, only 4 to 7 millimeters or roughly a quarter of an inch long, and the females are usually slightly longer than the males. The small mosquito is dark in color and is identified by the white bands around its legs and a silver-white pattern of scales on its body that resembles a lyre, an ancient Greek musical instrument.

This type of mosquito is commonly found in urban areas and within homes, mostly in man-made containers. According to WHO, the Aedes aegypti is a “day-time feeder; its peak biting periods are early in the morning and in the evening before sunset.” This knowledge can help you protect yourself against mosquito bites and potential infection.

Due to the nature of mosquitoes laying their eggs in water, dengue is widespread “throughout the tropics, with local variations in risk influenced by rainfall, temperature, relative humidity and unplanned rapid urbanization.” The small Aedes aegypti would be difficult to recognize because of its size until after the fact that you’ve been bitten.

With this in mind, it’s important to take precautions against mosquitoes while in areas high at risk for dengue fever. The World Mosquito Program states that “prevention relies heavily on reducing the number of natural and artificial stagnant water habitats that support mosquito breeding.”

Community-wide prevention could include reducing possible egg-laying habitats and educating the community members about mosquito-borne diseases. Along with this, other personal methods of prevention and control include using repellents that include DEET, removing areas of standing water, wearing protective clothing, and using mosquito nets while sleeping.

Nonetheless, even if you take every precaution necessary and find yourself coming down sick with flu like symptoms, knowing what the Aedes aegypti mosquito looks like could help you in the long run. Since the mosquitoes are commonly found in urban areas and inside homes, you could discover them and contact your doctor with the knowledge that your illness could in fact be dengue fever.

While there is no treatment plan for dengue fever, you can be monitored to make sure that you do not develop severe dengue fever. Since dengue fever can exist anywhere that the Aedes aegypti mosquitoes live, this means that approximately 141 countries are affected by dengue fever and that having extra knowledge about the specific mosquito breed will only be beneficial to you in the long run.

If you live in an area that is not conducive to mosquitoes living and breeding, you should discuss your travel plans with your doctor to see what vaccines or safety precautions they recommend for your destination.

Passport Health offers a wide variety of options to help keep you safe from mosquito-borne disease, from vaccinations to repellents. Call or book online to schedule your appointment today.

Written for Passport Health by Brianna Malotke. Brianna is a freelance writer and costume designer located in Illinois. She’s an avid coffee drinker and enjoys researching new topics for writing projects. Her site can be found here.