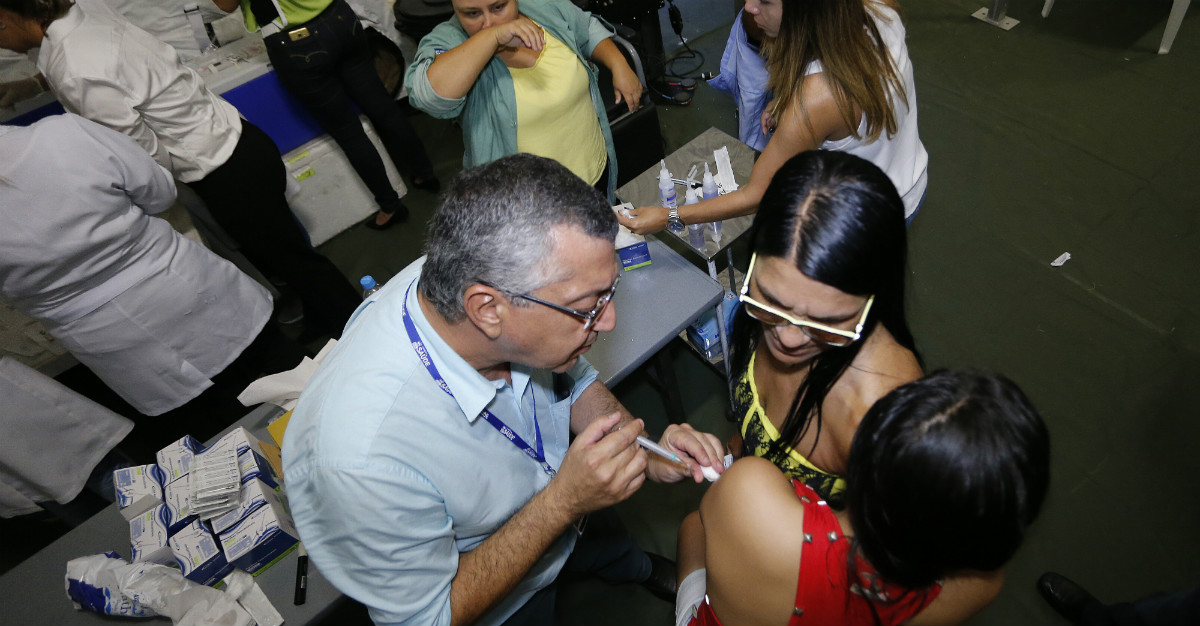 In serious situations, or left untreated, yellow fever can become a nightmare disease. Besides the notable jaundice that it cause, the disease can quickly cause organ problems and bleeding throughout the body. Unsurprisingly, all these symptoms can lead to death.

To make things worse, the mosquito-borne illness is hard to diagnose. It’s often confused with other diseases and can go without confirmation until it’s too late. Once a person is bitten and has the virus in their system, they are not contagious to other people, but since yellow fever mimics other illnesses, it’s often overlooked.

In 2018, officials are once again worried that yellow fever will break out in Brazil.

The World Health Organization is keeping a close eye on Brazil and how quickly yellow fever seems to be spread in the country, especially in the state of Sao Paulo. The organization is showing extra caution with the region’s dramatic increase in cases. So far, there are over 750 confirmed yellow fever cases in Brazil since July of last year.

The Brazilian government has reported that there have been 35 confirmed cases of yellow fever this year.

The state of Sao Paulo is home to over 45 million citizens. Situated in southeastern Brazil along the coast, the territory confirmed 20 cases of yellow fever. According to the BBC, the governor of the Brazilian state of Minas Gerais has declared a “State of Emergency” for the next 180 days.

Brazil has also ordered 11.5 million yellow fever vaccinations. They have received the first set, which was about 5.5 million injections. Officials are waiting to soon receive the other 6 million vaccinations.

The government is not waiting to act on this potential outbreak. With more confirmed cases, they know there’s a better chance yellow fever could spread from rural areas to big cities.

As a precaution, the WHO is recommending that travelers to Brazil get the vaccine for yellow fever at least 10 – 14 days before their trip.

They also suggest that visitors stay away from remote areas and visit the cities instead. Staying in the urban regions reduces the exposure risk to yellow fever. Mosquitoes are known for lingering and hatching their eggs in standing water, like lakes and ponds.

While the situation is currently handled, travelers to Brazil should monitor yellow fever risks. Before a trip, make sure to catch up on the vaccine and stay up-to-date on risks of an outbreak.

Do you have any other questions about yellow fever or the cases in Brazil? Let us know in the comments, or via Facebook and Twitter.