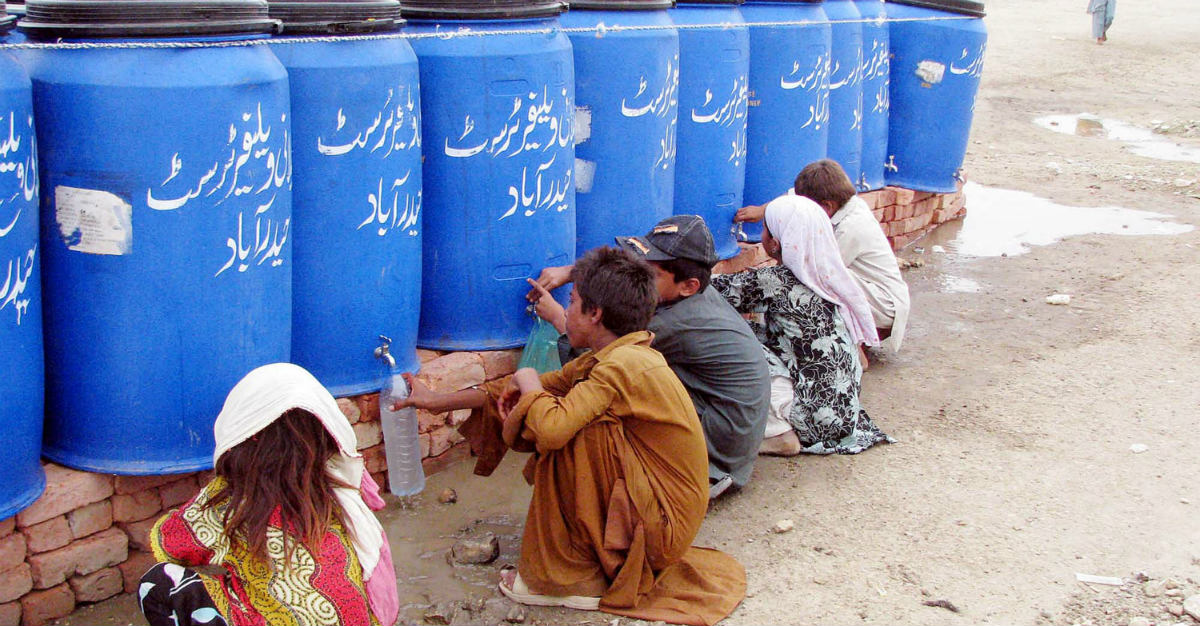 Scientists believe that typhoid fever is an ancient illness tracing back millennia. They believe the disease may have caused Greece’s plague in 430 B.C. and helped extinguish the Jamestown Colony in the 1600s. Historians suspect that typhoid killed over 6,000 of the colonists that settled there.

Even despite that long history, we’re still struggling with the disease to this day, this time in the form of a superbug.

Typhoid fever is a highly contagious bacterium caused by the Salmonella typhi bacteria. The bacterium gets into food or drink, usually leading to symptoms withing one or two weeks.

The new typhoid superbug began in Pakistan during an outbreak over the last 10 months.

The epidemic started in Hyderabad in the parish of Sindh in November 2016. Since then, the fever has spread throughout the country.

This particular epidemic earned the name “superbug” for its resistance to treatment. Scientists from the Aga Khan University asked the Wellcome Sanger Institute to test the genetics of the current virus because patients were not responding to antibiotics as they have in past years.

Testing results indicated that the H58 strain took on an extra DNA strain of a bacteria known as a plasmid. H58 is already resistant to treatments, but with this newly acquired strain, it is even more resistant. In fact, according to Sanger, the fever does not respond to five of the seven classes of antibiotics.

There is a typhoid fever vaccine. But, the vaccine was oft-ignored in Pakistan due to treatment. The bacteria responded well to antibiotics in the past and many locals decided to forego the vaccine. Yet, in light of the recent test results, the WHO has recently approved a new vaccine for the outbreak.

According to Mayo Clinic, typhoid is a dire problem in developing countries. The lack of clean food and water in these areas put children at increased risk of coming down with the disease.

Symptoms of the fever usually consist of flu-like symptoms such as fever, coughing, muscle aches, weakness, loss of appetite and sweating. Other symptoms include a swollen abdomen, stomach pain, constipation, diarrhea, and a rash. In severe cases, the disease can lead to delirium and the typhoid state. This is a state of extreme exhaustion, laying still with your eyes half open.

If you think you have been exposed to typhoid fever and are experiencing the signs mentioned, go to the hospital or your doctor immediately.

Since the current strain is resistant to antibiotic treatment, researchers and scientists are now emphasizing prevention. When traveling abroad, some of the best ways to prevent getting sick from typhoid fever are:

Even beyond these steps, they typhoid vaccine is still widely available. The vaccine can be taken as a shot or a series of pills. Both forms provide protection for at least two years.

The outbreak in Pakistan is unfortunate, and typhoid fever can be a deadly illness. But, preventive action can help both locals and travelers from spreading the disease. These measures could prove key in containing and eventually eradicating the superbug.

Still have questions about Pakistan’s typhoid superbug? Let us know in the comments, or via Facebook and Twitter.