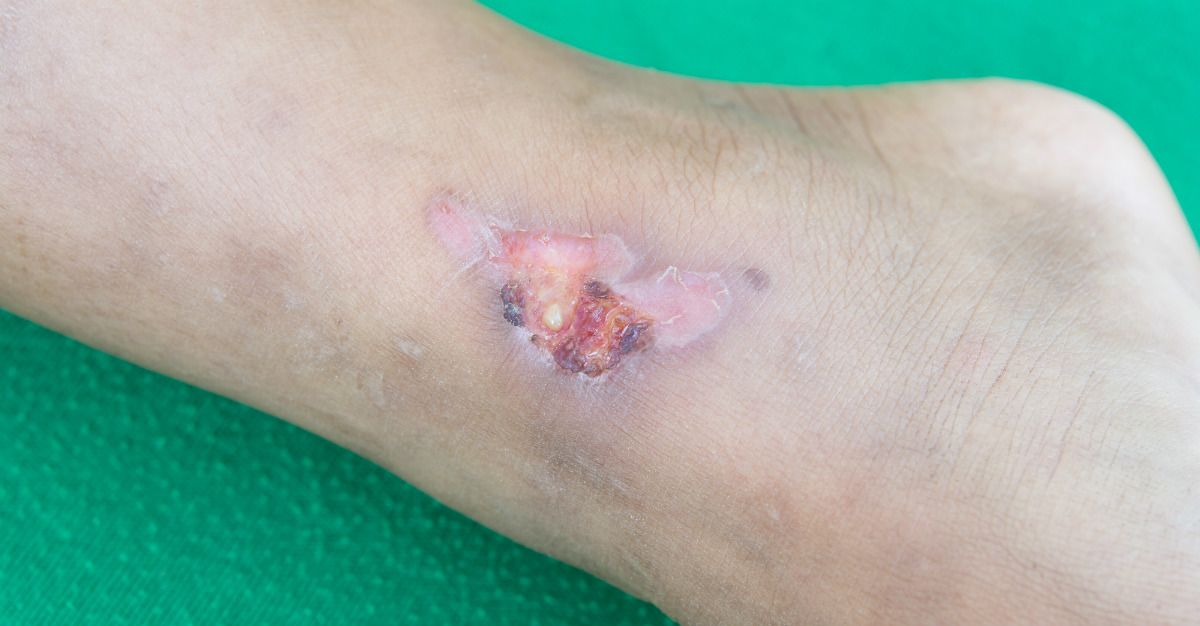 Buruli ulcers have been reported across the globe in over 30 countries.

What do these dozens of countries have in common? They’re all home to tropical, subtropical, and temperate climates. Of those many countries, most of the reported cases occur in sub-Saharan Africa. But, it’s not Africa that has a long history with Buruli ulcers. From scientists to the local government, Australia has been dealing with this disease for years.

According to the WHO, the disease belongs to the same family of bacteria that causes tuberculosis and leprosy. The bacteria typically affects a person’s legs or arms. Caused by Mycobacterium ulcerans, cases of Buruli ulcers are reaching an epidemic level in Australia right now.

Symptoms of the disease include swelling of the skin and slow growing ulcers. In Australia, the lesions are often confused with insect bites or pimples.

Daniel O’Brien is the deputy director of the department of infectious diseases at Barwon Health in Victoria. O’Brien spoke with the The Washington Post, describing the process of the disease. If Buruli ulcers are left untreated, “the lump can gradually enlarge and within weeks cause sever destructive lesions of skin and soft tissue,” he said.

Often times those infected don’t know it until the disease has taken hold and the ulcer erupts, causing extreme pain. If antibiotics aren’t received, the disease can lead to more serious issues. Some of those include bone infection, deformity, and long-term disability such as limited joint movement.

Buruli ulcers may not be the most aggressive flesh eating disease, but it’s still a disease with serious consequences. Severe cases can require extensive surgery to remove skin or amputate the infected limbs.

Despite being recognized in Australia since the 1940s, researchers are still unsure how the disease spreads. Recently, epidemic levels of the disease there have been reported in the state of Victoria.

This increased risk of the ulcers is nothing new in the state.

In the past few years, there has been a 50 percent increase in reported cases of the disease in Victoria. Severe cases also spiked, doubling in number over the last five or six years.

The method of transmission isn’t the only mystery surrounding Buruli ulcers. Scientists still can’t seem to pin down how the disease started. Despite this lack of information, we know that successful treatment requires a combination of antibiotic regimens.

The WHO classified the ulcers as a neglected tropical disease that hasn’t received the attention and research that it really needs, according to the Washington Post.

Scientists leading the research in Australia may have found a source ringtail possums. Affected areas housed the animals who excreted the bacteria that cause the disease. The researchers found Mycobacterium ulcerans in the possums’ feces, according to The Guardian.

The discovery led to the current working hypothesis that involves contaminated mosquitoes. Scientists believe the insects spread the disease after coming into contact with the infected feces. Nothing has been confirmed yet and they’re still knee deep in research. Once they find the source of transmission, then researched can hopefully prevent its spread.

While scientists in Australia have accepted funding for their research, they haven’t quite received enough to get the all the needed answers about the ulcers.

Without more funded research, Australia’s government doesn’t know how to handle the epidemic. They can’t take any preventative measures. “The basic thing is that information is not known and that information is absolutely vital to controlling [the disease]” said O’Brien.

At the moment, early detection and antibiotic treatment is the main foundation of the WHO’s control strategy for the disease. With more funding the scientists might be able to discover how the disease is spread. From there, the country can take the necessary steps to prevent future cases of the flesh eating disease.

Do you know anyone that’s had a run-in with Buruli ulcers? Have any other questions about the flesh-eating disease? Let us know in the comments, or via Facebook and Twitter.