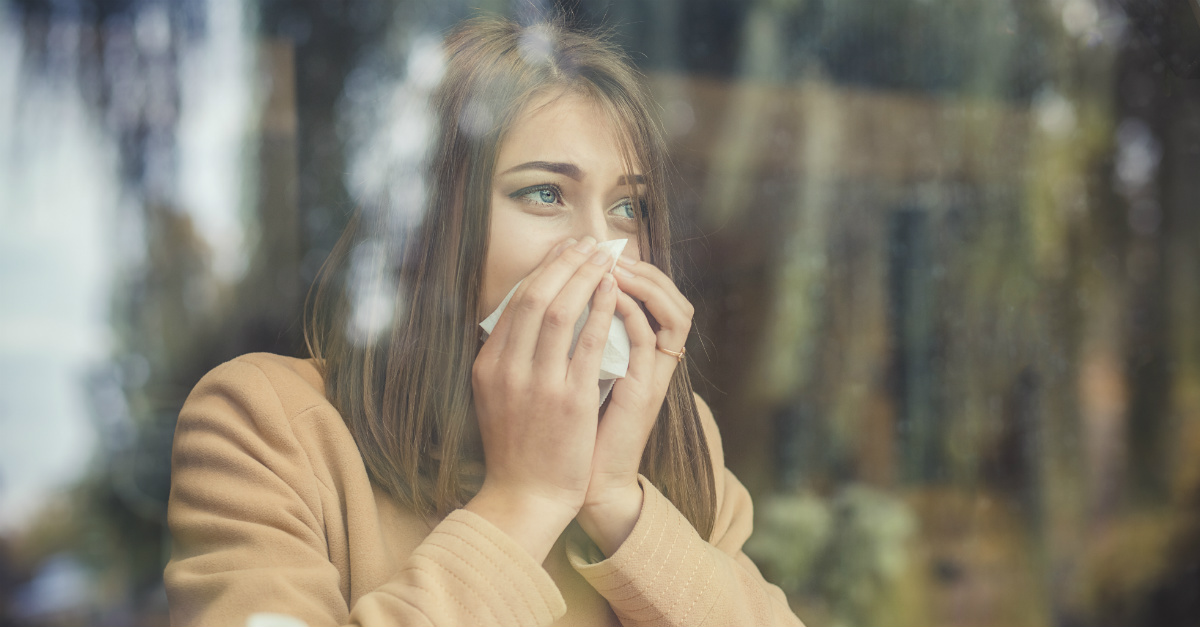 For years scientists have believed that humidity helps to thwart the spread of the flu, but a new study says otherwise – at least for one strain.

Research led by the University of Pittsburgh and Virginia Tech seems to have discovered a major flaw with old testing methods. In determining the impact of humidity on the flu, tests didn’t work under realistic conditions. The methods failed to factor in airway secretions. Those are the particles that get into the air after sneezing, coughing or even exhaling.

In the 2018 tests, teams used a specially-designed rotating metal drum. The new addition would suspend aerosols while keeping up a stable humidity level.

As Medical Xpress reports, the air particles were made up of human airway secretions combined with the H1N1 flu strain that caused the 2009 pandemic. This is typical of what would be put into the air by an infected person.

Airway secretions protected the flu virus at all humidity levels for one hour. They chose the amount of time because it’s the average time it takes for captive air to leave a building.

Seven humidity levels were tested. The environments ranged from tropical climates to indoor spaces in winter.

So why did previous experiments show that humidity affects the flu?

Essentially, past experiments showed results that were accurate, but not necessarily useful for regular life. The humidity does affect airborne flu particles when they’re not protected by mucus.

One study from 2013 used mannequins to artificially cough and breathe flu virus particles several feet away. They then tested to see how many infectious particles stuck around at different humidity levels at different lengths of time.

Other similar studies gave reason to the idea that humidity prevents the flu.

The old information can still serve a purpose in these studies. Although, the new tests show that attempting to adjust the humidity levels of a space will likely not change transmission rates.

The new development draws more attention to the theory that the flu spreads so greatly in winter because people are more likely to stay indoors and share the same space. This idea is especially poignant considering schools begin a new year in August or September. Countless children and adults are confined in spaces all across the country.

As for what impact the findings could have on the world, Seema Lakdawala, Ph.D., had an idea. She co-authored the paper published in the Journal of Infectious Diseases. Lakdawala said that they would have greatly change how health organizations fight a flu outbreak. The changes could be most crucial when trying to stop the spread of a pandemic.

While other strains of the flu will need to be tested for more definitive results, the news could have significant impact on how we protect ourselves from the illness. In the mean time, the flu vaccine can help reduce your chances of catching the current year’s strains.

Do you get your flu vaccine every year? Did you know about the theory that humidity lowers transmission of the illness? Let us know in the comments below, or via Facebook and Twitter.