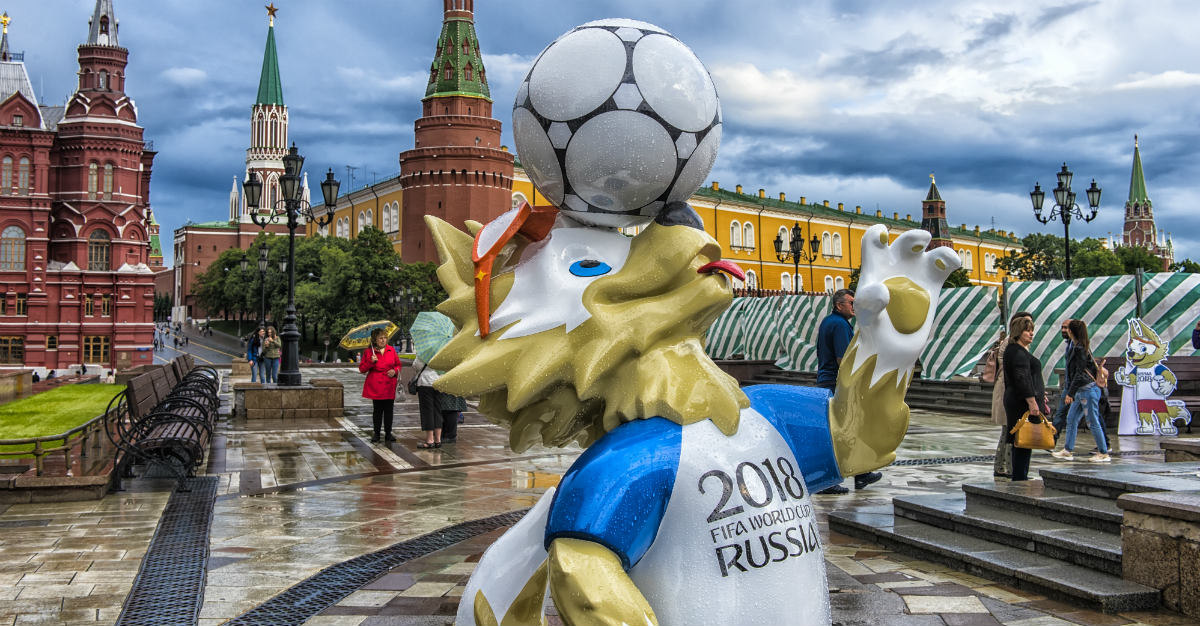 Ukraine has seen almost 20,000 cases of the highly-contagious measles in 2018. Countless foreign visitors will soon flock to nearby Russia for the 2018 FIFA World Cup.

With so many travelers coming from endemic countries, is the event a risk for measles?

If attendees have had one or both of the necessary vaccinations, they will appreciate the 93-97 percent success rate. If not, they may be in trouble.

When dealing with a disease which caused almost 90,000 fatalities in 2016 alone, everyone is encouraged to take precautions.

About 1,000,000 travelers are expected to attend the major sporting event taking place between June 14 and July 15. Those giant groups of visitors will be facing considerably higher risks since places all around the world have recently been dealing with measles outbreaks.

Cuauhtémoc Ruiz Matus, Head of the Comprehensive Family Immunization Unit for the Pan American Health Organization, addressed the problem in a late May press release. “Those travelling to Russia should make sure that their vaccines are up-to-date, particularly those that protect against measles and rubella,” said Matus.

Out of 32 countries represented in this year’s World Cup, 28 have dealt with measles cases in 2018. Notably impacted areas include many countries throughout Asia and Europe.

In Asia, Japan and Taiwan have felt the impact of an ongoing outbreak that’s lasted several months. The countries reported 150 known cases of illness and more than 3,500 people in quarantine.

Europe had approximately 21,000 cases in 2017, with Romania and Italy the most affected.

While Europe’s total case numbers in 2017 might be scary, the situation in Ukraine shows a far greater risk. Halfway through the year, the cases from Ukraine alone nearly surpass those numbers. The death count stands at 11 with seven children and four adults.

Measles is one of the leading causes of death among children, but 40 percent of all patients in Ukraine are actually adults, prompting new measures. Outbreak News Today shared that the Ministry of Health has ordered 392,000 more doses of vaccinations. They will also provide free immunizations to adults at risk to help deal with the problem.

If the tremendous influx of tourists or the high reports of illness in Ukraine did not raise alarm for some, the hundreds of recorded cases from Russia in 2018 should.

Measles is incredibly contagious. Because it has been officially deemed eliminated in the United States and several other locations, many people choose not to get vaccinated. Whether staying at home or visiting a new area, these travelers are now vulnerable if any cases come through. This typically happens with unprotected travelers.

Symptoms of infection include fever, runny nose, cough, rash, conjunctivitis and tiny white spots inside the mouth. The virus is airborne and has a 10-day incubation period.

Are you heading to the World Cup or any of the areas battling a rise in measles? Passport Health can help with any travel needs for the MMR vaccine or other immunizations.

Have you or someone you know ever had measles? Have you gotten both your vaccines to ensure you’re protected? Let us know in the comments below, or via Facebook and Twitter.