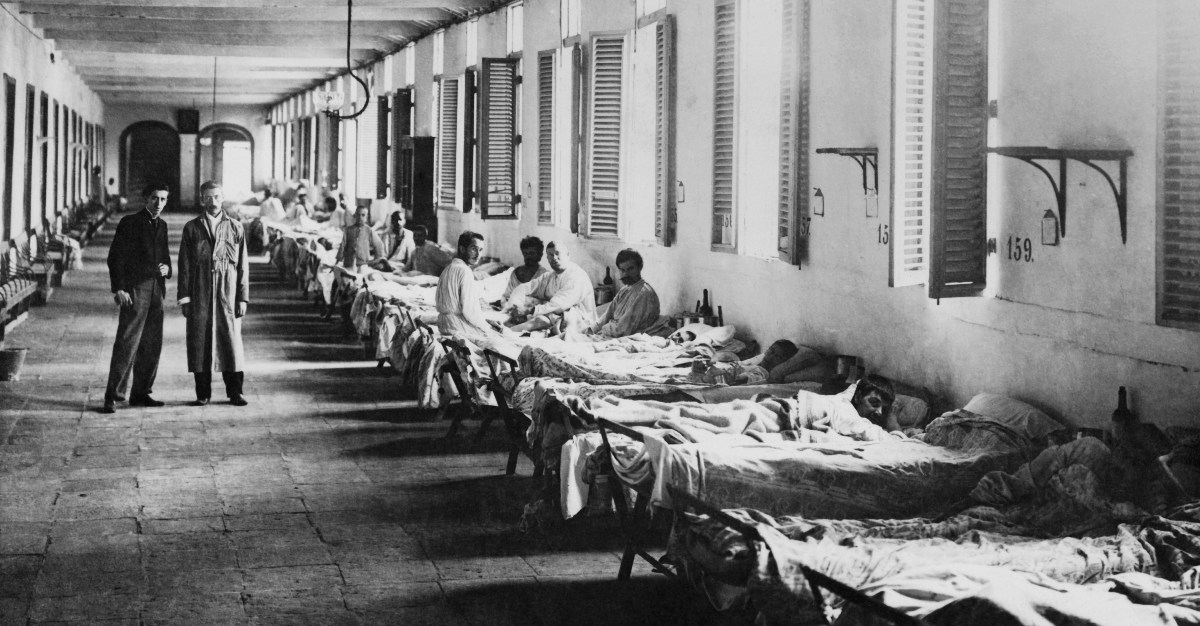 Although, not so long ago, the disease was responsible for terrible epidemics. People were forced to flee their homes with the fires still burning.

Scientists estimate that yellow fever originated in Africa around 3,000 B.C. It started with a smaller impact in local villages, growing in range to large cities.

Eventually, as global trade and slavery increased, mosquitoes came along for the ride. Ships’ water kegs allowed mosquito larva to be sustained while many African slaves acted as unknowing hosts for yellow fever.

Because of these factors, the virus behind yellow fever was brought to the Americas in the 1600s. The first known yellow fever epidemic took place in 1648 in the Yucatan Peninsula, as described in Mayan manuscripts.

From this point onward, outbreaks of yellow fever continued with regularity. In the heat of the summer, cities like New York, Boston and Charleston in the eastern United States would see excess amounts of yellow fever.

Then, in the 1700s, yellow fever arrived in Europe. Interestingly, researchers have considered that Africa likely did not play much of a role in the spread of yellow fever to Europe.

European countries didn’t have the same industry for slave trade. Their commerce routes meant ships would go to Africa first and then on to America, where infected mosquitoes could join the voyage.

Dr. Duane Gubler, founding director of the Duke-NUS Medical School Signature Research Program in Emerging Infectious Diseases in Singapore, commented on yellow fever’s history via NPR. “The ships from Europe would load up with goods, go to Africa, load up with slaves, go to America, then load up with sugar or sorghum, and take that back to Europe,” said Gubler. He noted that the source of the mosquitoes may not have been Africa, but the Americas.

An epidemic broke out in Cadiz, Spain and caused 2,200 deaths. Outbreaks also happened in British and French seaports before the virus spread across tropical and subtropical regions of the Americas.

It was not until yearly outbreaks started in New Orleans, which lasted from 1839 to 1860 and ended up causing more than 26,000 cases of yellow fever, that questions arose about the effect of mosquitoes.

Suggestions that mosquitoes spread the virus came from two different sources. American physician Josiah Clark Nott in 1848 and Cuban physician Carlos Finley in 1881 targeted the insects as the source. For many years, doctors still believed that the virus spread through person-to-person contact.

They sprayed mixtures of sulfur and lime into homes of patients. Locals burned barrels of tar in the streets to attempt to disinfect the air. Methods of prevention were based around fear and desperation.

In 1888, for example, a yellow fever epidemic in Jacksonville, Florida led to widespread terror. Various citizens rushed out of town to escape the disease. “Some were so panicked, they left fires burning and the doors of their houses wide open. The Mayflower Hotel, where the epidemic started, was condemned and ordered burned to the ground.” – America’s Library.

As a result of the person-to-person transmission assumption, preventative efforts were not focused on the true culprit. Aedes aegypti mosquitoes remained the unknown cause of these outbreaks. It wasn’t until the link was proven in at the start of the next century that prevention focused on the insects.

On August 27, 1900, U.S. Army physician James Carroll chose to let himself be bitten by an infected mosquito. Unsurprisingly, he developed a bad case of yellow fever due to the bite. But, his colleague, pathologist Walter Reed, proved the infection valuable. Reed was able to show evidence that the virus behind yellow fever spread from mosquitoes.

After this, things drastically changed around the world. The last outbreak in the U.S. was in New Orleans in 1905.

In 1906, intense sanitation programs were started in Panama and Havana, Cuba. According to the CDC, these programs eradicated yellow fever in the areas and even helped with construction of the Panama Canal. The project suffered constant interruption as the virus plagued the workers. With no more infections, workers could finally finish the canal.

The year of 1930 proved crucial in the fight against yellow fever. Scientists produced two vaccines to fight the disease: the 17D vaccine and the French neurotropic vaccine. During the 1940s, these immunizations were used in mass campaigns in South America and certain areas of Africa.

In 1950, vaccination efforts continued despite encephalitis after vaccination in infants. But, even with the vaccines, yellow fever spread to Central America in the 1950s. It then became particularly prevalent in Africa during the 1960s and 1980s.

Starting in 1982, scientists put an end to the French neurotropic vaccination. High rates of postvaccinal encephalitis made the vaccine unsafe to use. The 17D vaccine became the standard shot and now uses two virus substrains for incredibly effective results. One shot of the vaccine is now thought to provide yellow fever protection for a lifetime.

Although there are still thousands of severe cases of yellow fever annually with many deaths, the WHO estimates that more than one billion people will be protected against the disease by 2026.

You may have heard of the illness when considering vaccination for an upcoming trip. Maybe the disease came up when reading about other mosquito-borne diseases, such as malaria. If you’d like to get vaccinated, you can do so at a registered facility such as your nearest Passport Health location.

Did you know just how much yellow fever impacted the world in the past few hundred years? Have you needed to get vaccinated against yellow fever? Let us know in the comments below, or via Facebook and Twitter.