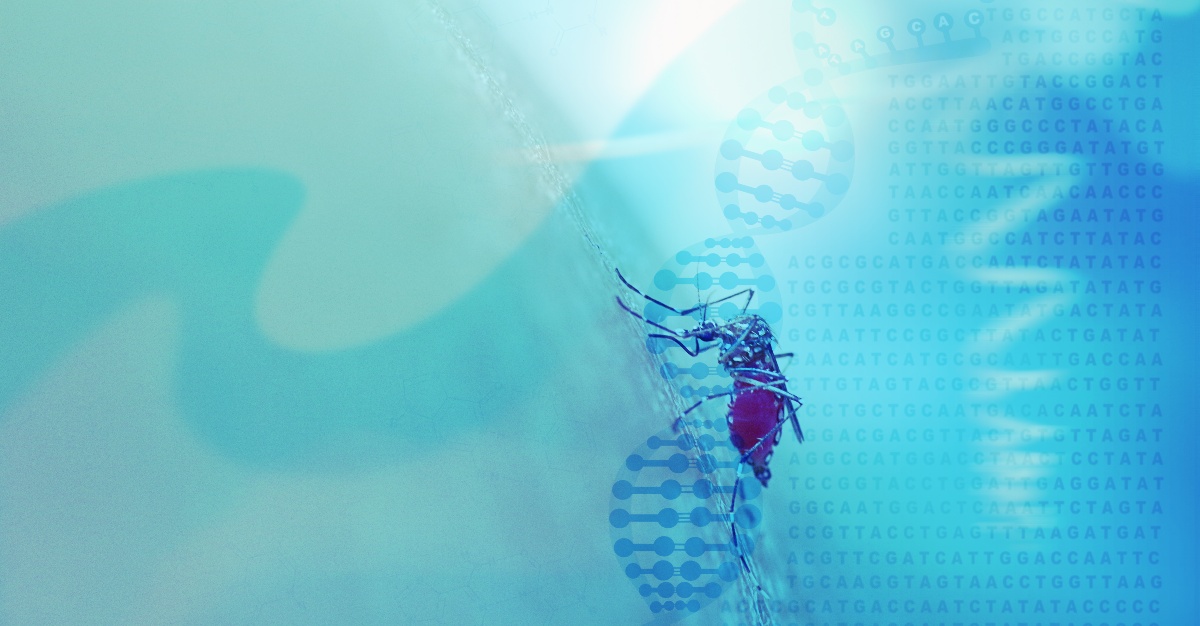 Travelers and locals in tropical and subtropical areas know the dangers of malaria. One parasite makes the mosquito-borne disease one of the world’s most dangerous diseases.

In the United States alone there are close to 2,000 cases a year, despite no local transmission. Travelers and immigrants return from countries with malaria, unknowingly spreading the disease.

With these numbers in mind, it’s easy to see how malaria is one of the leading causes of death in many developing countries. Scientists are hoping to fight diseases like malaria by creating genetically engineered organisms. They’ll release the organisms into the wild to spread their new genes into the population.

This method is called a gene drive.

According to Vox, a gene drive alters a species genetic makeup. They only make these changes to a few in the species, who then spread the different genes throughout the population. Many scientists are working to use the altered DNA species of mosquitoes to help end malaria and the death toll it causes.

For one example, take the program Target Malaria.

Funded by the Bill and Melinda Gates Foundation, Target Malaria hopes to use a gene drive to combat the mosquitoes that carry malaria. This would lower the high transmission rate and the potential for malaria’s high death toll to be erased. Using gene drives could put an end to the spread of malaria.

The recent United Nations conference on biodiversity reached a verdict on gene drives. Delegates from the more than 190 countries spent two weeks debating how to regulate various emerging technologies. One of those topics of discussion was gene drives and the possibilities they hold.

The meeting on gene drives resulted in a compromise. The scientists currently pursuing gene drives can proceed, but with caution. Gene drives are still a new technology. According to the Washington Post, “Even its advocates acknowledge it’s not ready to be deployed in the natural environment.” At least not yet.

Under the approved language, scientists are at least able to continue their research on gene drives. It also leaves open the possibility to erase this deadly disease.

The gene drive debate is a small part of a larger discussion over the ability to use genetic engineering as a tool to combat diseases, improve public health, and reach certain ecological goals. The compromise the U.N. came up with allows scientists to do their work and research, but it satisfies those worried about the impending field tests.

Every day we wait to see the possibilities of gene drives, malaria kills between 1,200 and 2,000 people. A different decision out of the U.N. convention could have proved catastrophic. Choosing to reject the idea of gene drives altogether could have halted the research and postponed field tests indefinitely.

Gene drives have the potential to eventually erase malaria and end this disease with a nightmarish death toll.

We currently don’t have a vaccine for malaria and often rely on antimalarials for protection. Recent breakthroughs also create hope, like a bloodless malaria test that could make detection even easier. The gene drives offer a new option with high hopes. Genetically modified mosquitoes could have the ability to make mosquito offspring infertile. This could decrease the mosquito population, decreasing the chance of infection.

In fact, this method has been proven an effective way to crash the population of a disease-carrying species using caged mosquitoes.

Study coauthor Andrea Crisanti is a molecular parasitologist at Imperial College London. Crisanti commented on the promise of gene drives in The Scientist. “This breakthrough shows that gene drive can work, providing hope in the fight against a disease that has plagued mankind for centuries.”

Gene drives also offers different possibilities to lower the mosquito population. Scientists could genetically alter the species to have more male offspring. This could reduce the breeding rate and overall population.

A third option being explored with gene drives is to make mosquitoes resistant to the actual malaria parasite. This would help prevent the transmission to humans and lower the number of malaria cases. As malaria cases drop, so do the worldwide deaths from the disease.

While nothing is set in stone, these different methods are all in research mode. The recent decision from the U.N. could lead to field tests in the near future.

Every two years the U.N. meets to discuss how to achieve the recent goals set by the convention. They also have the chance to go over any problematic issues such as gene drives. While the debate over field tests of gene drives is far from over, there is currently a future for the method. It’s more than likely to continue being examined and debated at the next U.N. convention.

There are those who feel that the genetically altered mosquitoes should only be released in the wild if those living there agree to it. Even a success in a laboratory doesn’t necessarily mean it will work in the wild. But, the United Nations’ recent decision to allow gene drive research to continue means that field tests could be a possibility in as soon as 2024, according to Vox.

Until then, both the science community and African governments, who are currently opposed to field tests, are satisfied with the compromise.

Had you heard of gene drives before? Did you know there was hope to reduce malaria without developing a vaccine? Let us know in the comments, or via Facebook and Twitter.