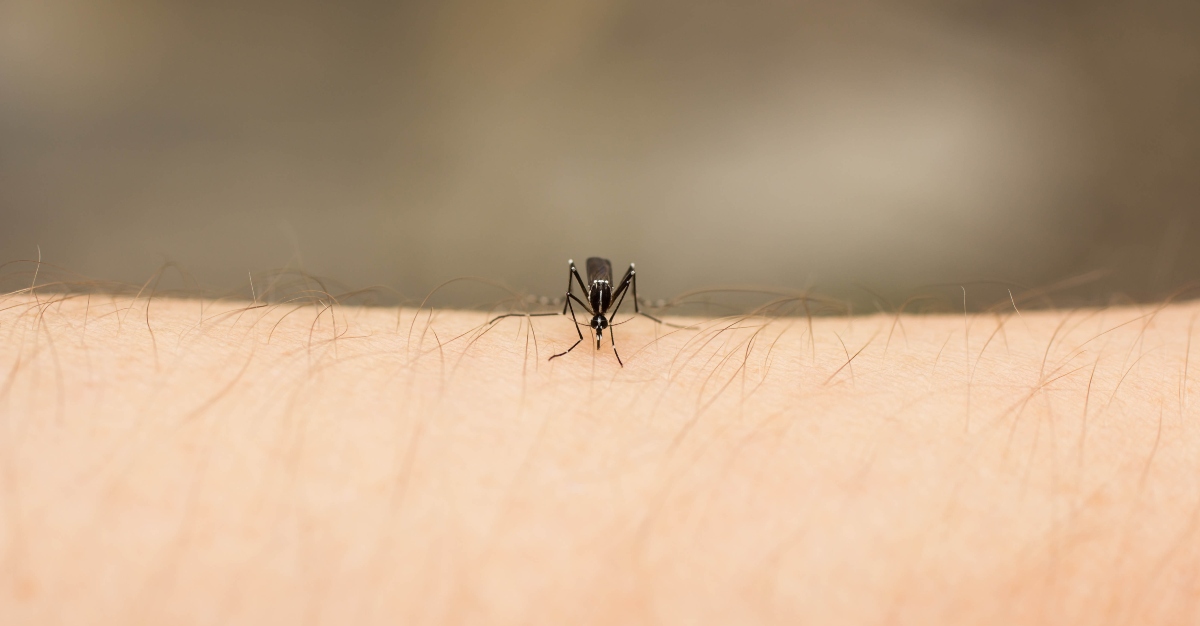 When you think of mosquitoes you may just think of them as an annoyance. Come summertime when you’re spending more time outside, the mosquitoes show.

But, the insects are actually one of the deadliest pests on the planet. They spread diseases such as the Zika virus, West Nile virus, Chikungunya virus, dengue, and malaria among others. More than one million people are killed by mosquito-borne diseases each year. The worst of those diseases is malaria, which caused 438,000 deaths in just 2015, according to the WHO.

Not every mosquito-borne disease has a vaccine or a way to treat it once contracted.

Besides immunizations and medicine, there are still many ways to deal with mosquitoes. Insecticides, repellents and even sterilizing male mosquitoes offer some protection. Even with all this the mosquitoes still persevere and we continue to have high death tolls worldwide.

Leslie Vosshall is an investigator at Howard Hughes Medical Institute and head of the Laboratory of Neurogenetics and Behavior at Rockefeller University. Vosshall notes resistance from the mosquitoes as one reason insecticides don’t work well enough. According to Science Daily, she adds that, “we haven’t come up with a way to make better repellents, and we don’t yet have vaccines that work well enough against most mosquito-borne diseases to be useful.”

With a need for better options, the science community is looking at new areas to fight off mosquitoes.

How Do Mosquitoes Eat?

The insects can have several rounds of eggs in their lifetime. This cycle to feed means they have several chances to pass infectious diseases from one human to another. But, a female mosquito can consume almost double its weight in blood. After eating, it can lose its desire to eat for almost four days while her eggs develop and she digests the blood. During this coma-like time, the female has zero interest in humans and looking for more blood.

With this in mind, researchers had tried a new idea focused on the eating patterns of mosquitoes. If they make the female mosquitoes eat less, then they can also reduce diseases that the mosquitoes spread.

How Do You Make a Mosquito Eat Less?

While looking for alternate ways to deal with insects that spread diseases, what started out as a joke turned into a potential solution. Scientists are currently looking into using human diet pills to reduce the spread of mosquito-borne diseases with a method that taps into female mosquitoes’ natural gluttony.

The diet pills would keep the female mosquitoes from being hungry, much like their effect on humans. Despite not filling up on human blood, the female mosquitoes would feel satisfied and not feel the need to eat. Vosshall explained that the diet pills can eliminate the mosquitoes’ desire to eat for days. During this time, “they are less likely to feed on humans and spread diseases and will also produce fewer offspring.”

As with any experiment, the researchers first needed to determine the logistics.

They found which combination and amount of diet pills would actually have an effect on mosquitoes. Researchers were then able to observe the mosquitoes’ biting and feeding behaviors. According to Vosshall, the insects were active and motivated when they wanted food. “They fly toward the scent of a human the same way that we might approach a chocolate cake…but after they were given the drug, they lost interest.”

How Long Until Scientists Use Diet Pills on All Mosquitoes?

Even a crazy concept like this still needs serious research.

Right now the study is just in the early stages. More research is needed to understand the best methods to administer the diet pills. They also need to guarantee that the females would consume the pills over human blood when faced with that decision.

But, if successful, the use of diet pills could lead to a reduced number of mosquito-borne diseases and the high death toll they carry. The researchers need to further understand the basic biology of the idea and how it could best be exploited to succeed.

They still need to find out exactly how the drugs suppress the mosquitoes’ appetite, among other factors.

Are the diet pills actually affecting the mosquitoes’ brains and behavior?

What about the affects on their sense of hunger?

Currently, the diet pills have only been studied on one type of mosquito. But, if results continue to show promise, researchers could look to other species. Vosshall notes the Anopheles mosquitoes which spread malaria could be another target. She added ideas for, “other arthropods that feed on human blood, including the ticks that spread Lyme disease.”

But, until that time, more work is needed before we have another compound to aid in mosquito control. For now, this joke idea could still be the cause for a decrease in mosquito-borne diseases across the globe.

Do you have any experience with mosquito-borne diseases? Had you heard of the plan to use diet pills on mosquitoes? Let us know in the comments, or via Facebook and Twitter.