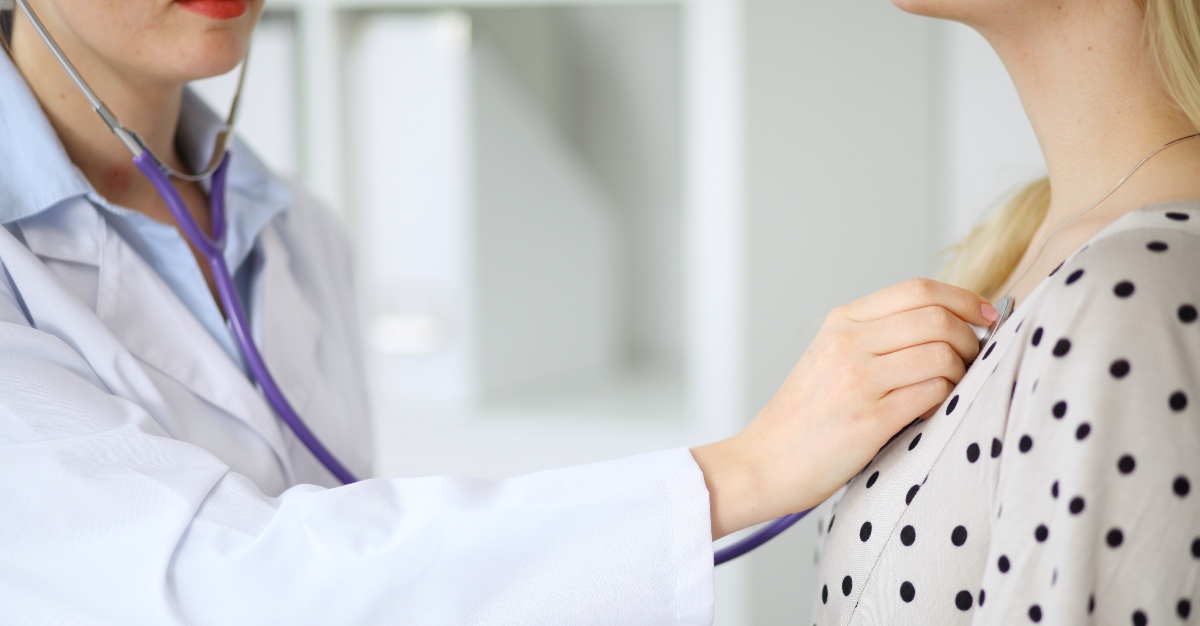 One that most people might not consider is HPV.

The human papillomavirus is a common sexually transmitted disease that affects people worldwide. It’s so common in fact, that according to the CDC, nearly 80 million Americans are infected with the virus.

While HPV generally doesn’t cause serious harm besides genital warts, high-risk cases can be life-threatening. The virus could lead to cervical and oropharyngeal cancer, among others. While these issues can be treatable, they’re also easily avoided with the HPV vaccine. Studies in recent years even showed that cancer survivors often lacked vaccination for HPV.

But, there are some newly-found issues that are much harder to treat. These high-risk victims could take a turn for the worse and increase a woman’s chances of heart problems later in life.

How Does HPV Cause Heart Problems?

In high-risk situations, studies are now showing a link to increased heart issues for women who have contracted HPV.

Heart disease is a very serious topic and with its death toll at almost 300,000 women in 2013 alone. It is now considered to be the leading cause of death for women in the United States.

In a recent study, researchers looked into HPV effects on over 63,000 women. According to WebMD, the women infected with high-risk strains, “were somewhat more likely to develop heart disease or suffer a stroke over the next several years.”

Researchers do have an explanation for this incredibly dangerous effect from HPV. The virus directly feeds artery-clogging plaques by infecting the cells in the walls of the blood vessels.

All the women in the study were aged 30 or older without Cardiovascular Disease when the study began. They underwent HPV tests every one or two years from 2011 to 2016.

The study did rely heavily on self-tests and follows ups, but they were able to draw some conclusions linking the virus to an increased risk of heart disease in the women. According to Medical Xpress, one such conclusion showed, “women with high-risk HPV were 22 percent more likely than uninfected women to develop cardiovascular disease.”

Seungho Ryu, M.D., Ph.D., is senior coauthor of the study and professor at Kangbuk Samsung Hospital, Sungkyunkwan University School of Medicine, in Seoul, South Korea. Ryu stressed the importance in understanding these risks to better prevent them. The mix of high-risk HPV, metabolic syndrome and obesity appears to greatly increase chances of heart disease. As we further study the relationship, we could protect against that increased risk.

What’s Next for These Results?

As with any study, further research is needed before any real conclusions can be drawn.

Dr. Ann Bolger is a cardiologist and professor at the University of California, San Francisco. She noted that while the findings do not prove high-risk HPV directly leads to heart disease, there’s “always a possibility that some other factors could explain the connection.” Further studies could also help find which genotypes of high-risk HPV may contribute to heart disease.

More tests could also change our vaccine strategies for HPV. Researchers could find what reduces the chance of high-risk HPV and help with cancer prevention. They would then aid in the decreased number of women with cardiovascular disease.

How Can I Avoid the Effects of HPV?

The easiest way to avoid any of these issues is to get vaccinated. The HPV vaccine can protect against disease, including the different forms of cancers often caused by HPV. A study from 2018 even showed a significant drop in cancer risks across the United Kingdom due to the vaccine.

The CDC recommends the vaccine for all boys and girls aged 11 and 12. Catch-up vaccines can also be given to women through the age of 26 and men to the age of 21.

This most recent study illustrates how high-risk HPV could be a factor in heart problems for women. While there has been a proven vaccine for HPV, scientists are always looking for a cure. There is still a long way to go before HPV can no longer be considered a threat and thus a potential risk for women to have heart problems or lead to cardiovascular disease.

Do you have any questions about the HPV vaccine? Do you still need to receive the immunization? Passport Health can help! Give us a call at or book an appointment online.

Did you know HPV caused so many different health issues? Let us know in the comments, or via Facebook and Twitter.