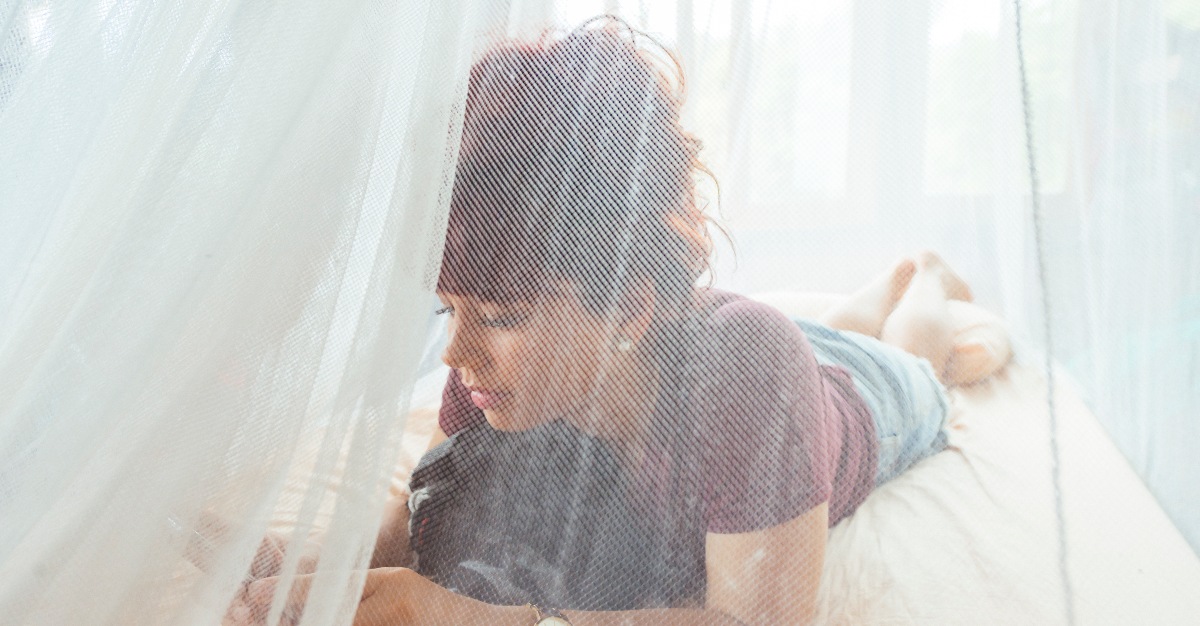 While we continue searching for a vaccine to combat malaria, we rely on other methods to prevent the virus. Two of the most common tools in this process are mosquito nets and antimalarials.

A new study looks at how we can combine the two products.

Malaria spreads through the bites from mosquitoes. Once infected, the virus can quickly create debilitating and deadly symptoms. This might mean headaches and muscle aches or fatigue. The virus could then progress to a high fever, vomiting, and convulsions, resulting in death.

Those high-risk symptoms make preventions tactics even more crucial for a virus that infects millions. Across regions like Africa, Central and South America, Asia and the Caribbean, hundreds of thousands die from malaria every year. In fact, the virus caused about 445,000 deaths in 2016 alone, according to the WHO.

How Do We Currently Prevent Malaria?

Travelers to these regions often need to bring antimalarial medication to prevent the virus. Without the help of early and convenient detection, preventative medicine is the best option. Unfortunately, not every at-risk person has access to these drugs. Those in developing countries, often with the highest risks, can rarely get this medication.

One easy, affordable method of protection that is widely used is a mosquito net for sleeping.

According to a study, insecticide-treated bed nets are predicted to be responsible for over two-thirds of the malaria cases that have been prevented since 2000. The mixture of these nets and bug sprays have been key to preventing malaria in that time. But, the growing resistance to the insecticides has driven a need to find alternative solutions.

One such solution provided by researchers is to use those antimalarial drugs in the coatings of mosquito nets.

How Will These New Mosquito Nets Help?

Even with millions of cases every year, mosquito nets coated with insecticides have prevented tons more.

The WHO claims these nets have prevented over 1 billion malaria cases since 2000. According to NPR, that number also includes 6.8 million lives saved from malaria.

Although, this method may be losing effectiveness. Many scientists believe the rapid increase in insecticide resistance could be doing more harm. It may even be slowing down the eradication of malaria.

The recent study has shown progress with looking into killing the actual parasite that causes malaria while it’s inside the mosquito. The idea differs from most other solutions that intend to kill the mosquito itself. The researchers’ study found that exposing the infected mosquitoes to even low doses of an anti-malarial drug would cause “full parasite arrest.”

How the process works is that ATQ, like insecticides, can penetrate through the skin of the mosquitoes when they land on the coated nets.

The study used two groups of mosquitoes with malaria infected blood. They exposed one of the groups to the nets coated with the ATQ. They then waited about the length of time that mosquito would try biting the net, six minutes. After that time, the malaria parasites in the infected mosquitoes were erased.

The other group was used as the control. They were not exposed to the ATQ and showed a high risk to carry and spread malaria.

While the study is only in its early stages, and more research is needed before the antimalarials can be directly used against mosquitoes, the results thus far are promising.

Are There Any Problems With These Nets?

There are always risks when looking into new methods to prevent diseases.

One main issue from these antimalarial coated mosquito nets is the creation of mosquitoes that are then resistant to the ATQ strain. This is considered the key to treating those infected with malaria.

But, there may already be a plan in place to deal with this problem.

Researchers are proposing to investigate other drugs that also kill the malaria parasite. They also plan continued researched on coating the mosquito nets with different antimalarials.

Flaminia Catteruccia, a professor of immunology and infectious diseases at Harvard University, spoke about the nets with the Japan Times. “By using different drugs in humans and in mosquitoes, we could reduce the chance of drug resistance emerging,” said Catteruccia.

In areas with high transmission, the most vulnerable groups include young children. At such a young age, they haven’t developed any immunity to malaria yet.

The other high-risk group includes pregnant women. Their immunity has been decreased by pregnancy and they’re unable to take preventative medicine due to effects it could have on their unborn child. In 2017, the number of reported malaria cases rose to 219 million, an increase from the previous year. That spike caused much concern for those who had been watching a long-standing decline in cases.

For many years, insecticide-soaked mosquito nets seemed to be the answer. The nets helped dramatically reduce the number of reported malaria infections.

What we now know is it may have led to an increase in mosquitoes who are resistant to those insecticides.

Meanwhile, antimalarial drugs helped some, but weren’t available or safe for all.

Antimalarial-coated nets may be able to solve two problems here. Those who can’t take antimalarial medicine can now be safely guarded from infected mosquitoes. It could prove to be one more step to decrease in the number of malaria cases worldwide.

Have you ever had to use an antimalarial when traveling? Did you know we could coat mosquito nets in medication? Let us know in the comments, or via Facebook and Twitter.