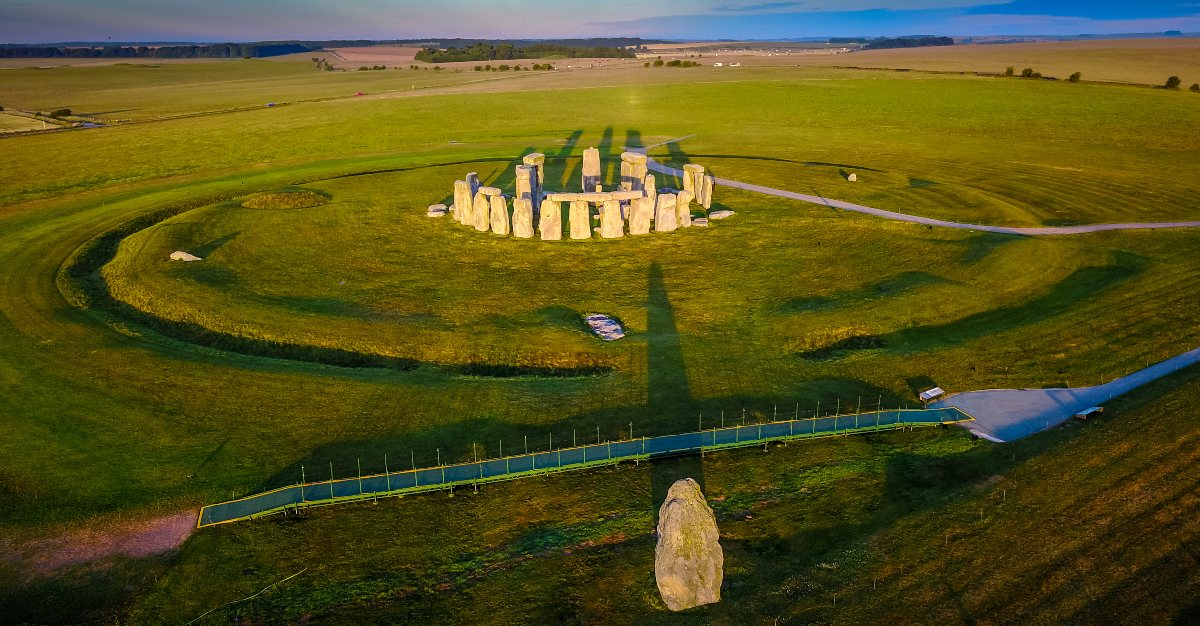 Plans for a roadway tunnel close to Stonehenge are putting the ancient site in danger and locals have something to say.

Though Stonehenge is one of the most memorable symbols of England, its reputation may not be enough to assuage frustration over traffic problems plaguing the area.

Plans for the tunnel started in 1989, but was shelved for almost 30 years. The proposed tunnel would alleviate much of the congestion of the A303 highway. By narrowing from two landes to one, the highway adds an hour of travel time for those going between London and the South West of England.

Because it will replace sections of the road, the tunnel would do more than help with traffic. Tourists could also experience a clearer, unobstructed view of Stonehenge.

In describing the project, Highways England lauds the plan for improvements to the economy, traffic and safety in the South West. They also note the tunnel could improve, “connectivity with neighboring regions, while protecting and enhancing the environment.”

Yet despite traffic being the main motivator behind the new tunnel, it’s not drivers in support of the project.

Groups including Historic England and the National Trust, known for protecting landmarks, approve the scheme. In fact, the charity that manages Stonehenge, English Heritage, expects major benefits. The group believes the roadway will “restore peace and tranquility” and counts it as a “momentous decision.”

So, if trusted major caretaker organizations are in support of the tunnel, who’s against it?

The main opposition is the Stonehenge Alliance.

The group is made up of non-governmental nonprofit organizations like the Council for the Protection of Rural England and Friends of the Earth. Individuals such as archaeologists, farmers and druids, join the alliance in pushing for other options. They suggest a longer tunnel that would avoid the historic site entirely. According to the group, the current plans would “scar the Stonehenge landscape forever.”

While Stonehenge still has mysteries left to discover, it’s important to understand that fears over the tunnel’s disruption aren’t just about Stonehenge itself.

Less than two miles away from the stones is the Blick Mead site. The area has recently earned attention from the media for a new discovery. Only a few months ago ritualistically preserved hoof prints from 6,000 years ago were discovered. Like Stonehenge, potential discoveries at Blick Mead could be significantly affected by the tunnel.

As we covered last year, the tunnel would lower the water table. This would not only reduce the supply to the natural greenery of the area, but hurt the delicate balance which has kept artifacts preserved. Additionally, vibrations from the construction could cause subsidence. Again, this would likely damage archeological surprises which have not yet been found.

Blick Mead site lead archeologist Professor David Jacques of the University of Buckingham explained the dangers of the proposed plan. “If the tunnel goes ahead the water table will drop and all the organic remains will be destroyed,” said Jacques. “If the remains aren’t preserved we may never be able to understand why Stonehenge was built.”

The final question is to be asked is, “Why can’t the road just go around the heritage site territory?”

Unsurprisingly, the conflict largely boils down to money.

The government has already collected a staggering amount of money for the project. At the moment, they’ve allocated about $2 billion for the tunnel. But, that immense budget is still not enough to make the tunnel extend further and avoid Stonehenge and Blick Mead entirely.

Unless the Stonehenge Alliance succeeds, tunnel construction is set to begin in 2020 and finish in 2029.

Do you think the tunnel should be extended to avoid damaging Stonehenge? Did you know about the tunnel plans? Let us know in the comments below, or via Facebook and Twitter.