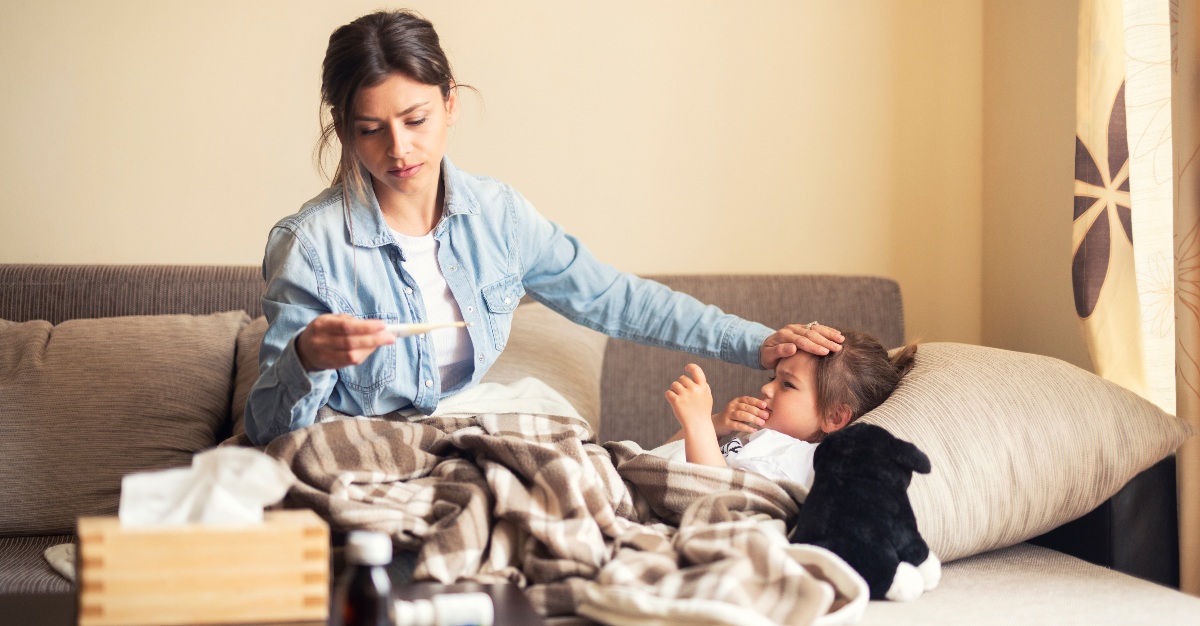 Due to the recent worldwide rise in measles, it can be hard to distinguish whether a person is infected with the measles or influenza. Both viruses have similar symptoms, and, with measles cases increasing during flu season, it makes identifying the viruses even harder.

Some questions that might arise regarding the two viruses are:

How severe is each virus? What are the symptoms and how can you tell the viruses apart? How are the viruses transmitted? How can you prevent catching one of the viruses? And what treatments are available? 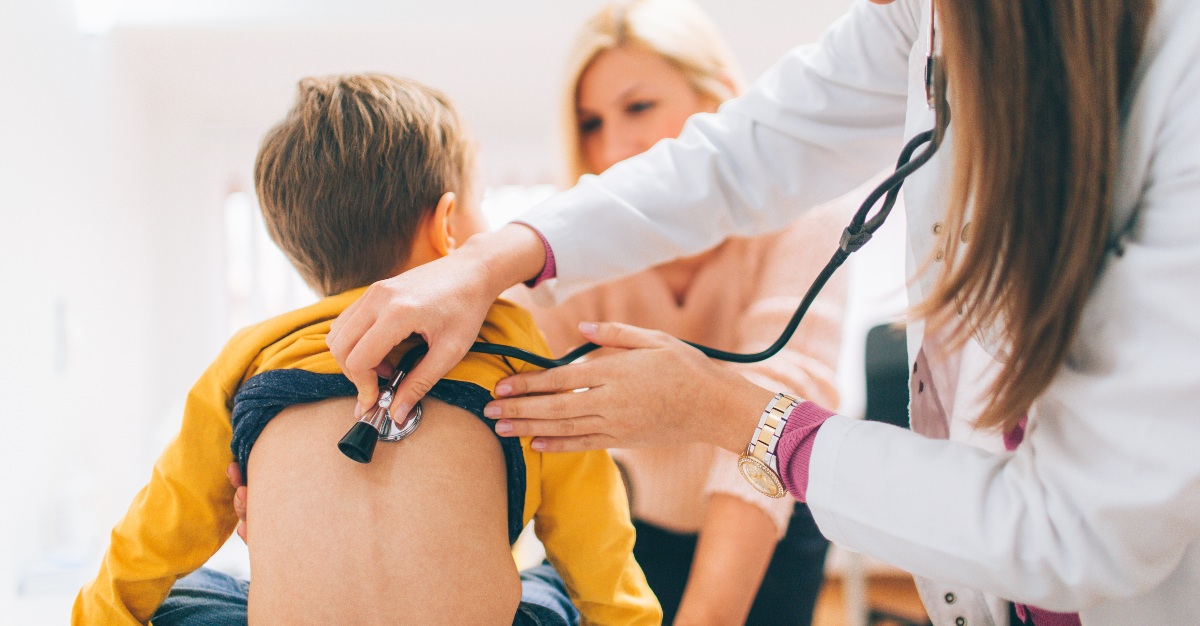 Measles and the flu virus can be very severe, especially when infants and young children catch them. This is why it’s important to have both vaccinations and be able to recognize the symptoms.

Each virus poses a different threat and to slightly different age groups. Generally speaking, measles is more serious and better if caught early on.

If the measles isn’t caught in time, not only will symptoms worsen, but it will open a doorway to other severe complications. Measles can lead to hospitalizations, pneumonia, intellectual disabilities and long term complications.

Generally, young children, infants and adults 65 and older have a higher risk of catching the flu virus. The flu can come in mild and severe cases. In severe cases, the virus can lead to death.

The flu can come on suddenly and last a few days, which is why it’s less severe than the measles. Most people recover in less than two weeks. Although, if untreated, influenza can become serious, causing other severe illnesses such as pneumonia. 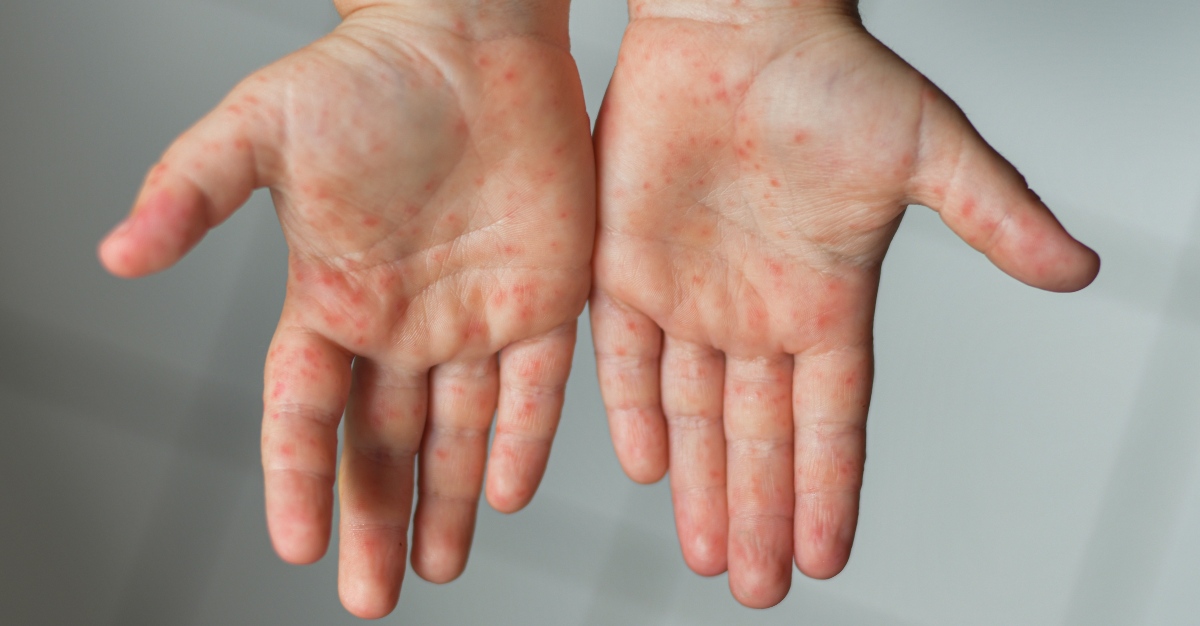 Measles and the flu have similar symptoms, which makes them hard to distinguish. It’s important to go to the doctor’s office to diagnose which you have, so it can be treated accordingly.

But, there are some key differences in symptoms to help figure out on your own which illness you contracted.

The most common measles are: high fever (can spike above 104° Fahrenheit), cough, runny nose and red, watery eyes, koplik spots, and measles rash.

Once symptoms show, red, watery eyes are the key symptoms to distinguish that it’s measles and not the flu.

If you believe you or your child has the measles, go to the doctor immediately for treatment. Other key symptoms will arise 2-5 days after the initial symptoms show.

Two-to-three days after the first symptoms, it’s likely that koplik spots will appear inside the mouth. Koplik spots are tiny white spots surrounded by a red ring that usually appear on the inside of cheeks. They are considered an early sign of the measles.

Three-to-five days after the first symptoms, the measles rash will start to break out.

If the measles has continued to go untreated until this point, it is crucial that it be treated immediately. The rash more often than not begins as red spots on the face and hairline, although it will continue to spread all over the body. The spots can become raised and cause a fever to spike above 104°.

The measles rash is another telltale sign that the measles is contracted and not the flu.

The most common flu symptoms are: fever, aches, chills, fatigue, cough and headache. Many of these are also symptoms of measles.

Some distinguishing symptoms of the flu are aches, chills, fatigue, headache and other cold-related symptoms. Identifying these key symptoms will help you know that you have caught the flu and not the measles.

Other symptoms that can occur, but are not guaranteed, are sneezing, sore throat and congestion. These are symptoms unique to the flu and aren’t seen in the measles.

The flu lasts anywhere between a few days to two weeks. Most people recover quickly as long as they are taking proper medication.

If left untreated, influenza can worsen and result in more severe illnesses. 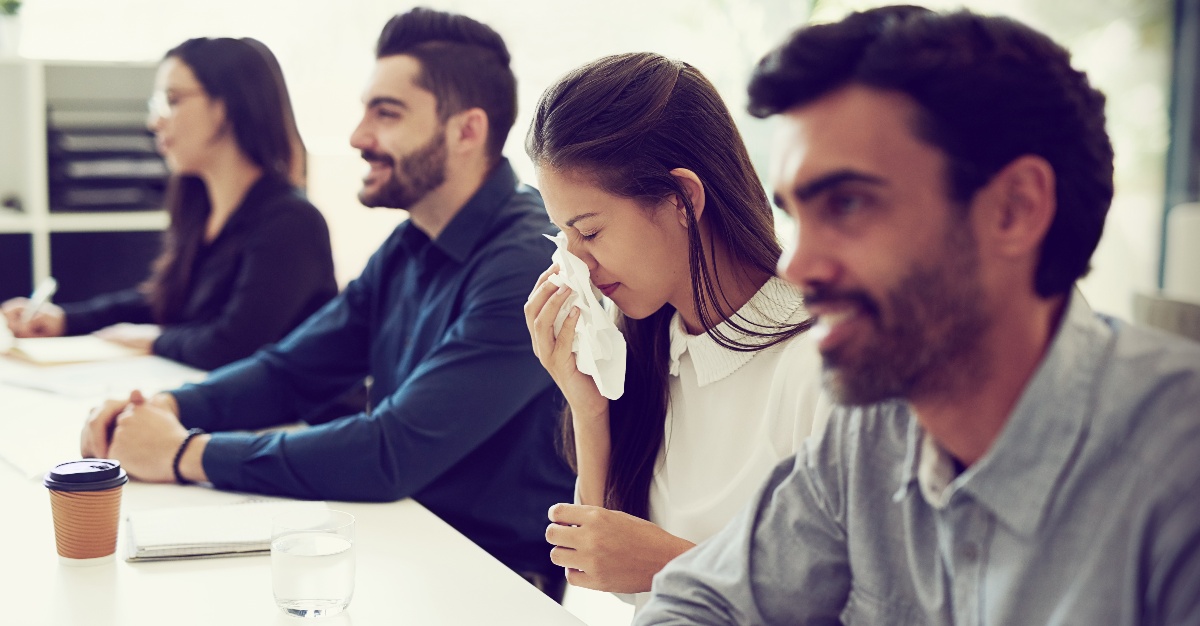 Both the measles and the flu are very contagious illnesses, but measles is one of the world’s most contagious infectious viruses. Nine out of 10 people who come into contact with measles will contract the virus.

The virus can spread through direct contact or airborne. A simple cough, sneeze or even breathe by an infected person can be enough to spread measles. When the disease is airborne, it can remain infectious for up to two hours after getting into the air.

Much like measles, the flu spreads through the air via breathing, coughing and sneezing. It can also spread through direct contact, but transmission isn’t as likely this way. Those infected with the flu are only contagious the first three-to-four days, and can only infect others during this period. 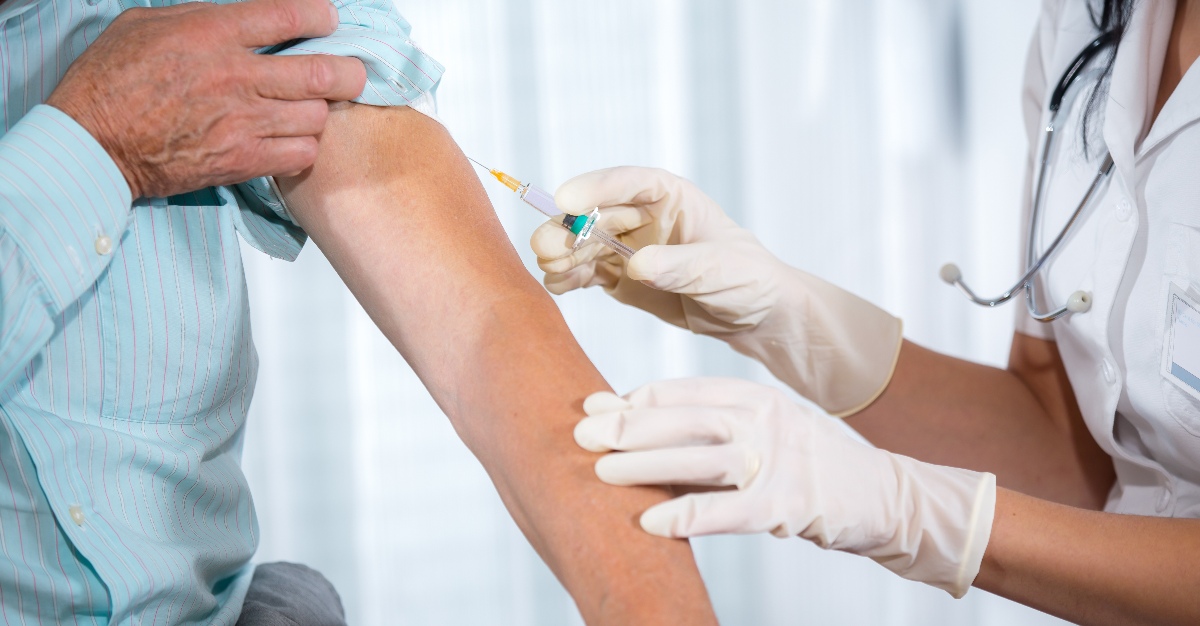 The best and most effective way to prevent both the measles and the flu is with vaccination. Both the measles, mumps and rubella vaccine (MMR) and the influenza vaccine are widely available.

Typically, most people get the measles, mumps and rubella vaccination in two doses. One dose at the age of 12-to-13 months and the second at 3 years and 4 months. If you are unsure whether you’ve been vaccinated with the MMR immunization, contact your doctor or receive the vaccination. A second MMR vaccination causes no harm.

While it is recommended to receive the vaccination at 12-to-13 months, if an infant is at immediate risk of contracting the disease, they can be given the vaccination if over 6 months old.

Much like measles, there is a vaccination for the flu. But, unlike the MMR vaccine, the flu shot is updated every year to fight the most prominent strains of the virus. That’s because the flu is a seasonal virus that mutates frequently.

The flu vaccine is the best and most effective way to prevent catching the virus because it’s built to fight strains that are most prevalent in a given year.

Receiving the flu shot can actually do more than keep you safe from the virus. The more people who get the flu vaccination, the better the vaccine actually works in keeping the virus from spreading. This is called herd immunity.

There are other ways to both prevent catching and spreading the flu as well.

Avoiding close contact with those who are infected is a great way to prevent getting sick. Another way to fight the virus is by regularly washing your hands.

If you’re already sick with the flu, you should stay home to prevent spreading the virus. If in public while sick, make sure to cover your mouth when sneezing and coughing. 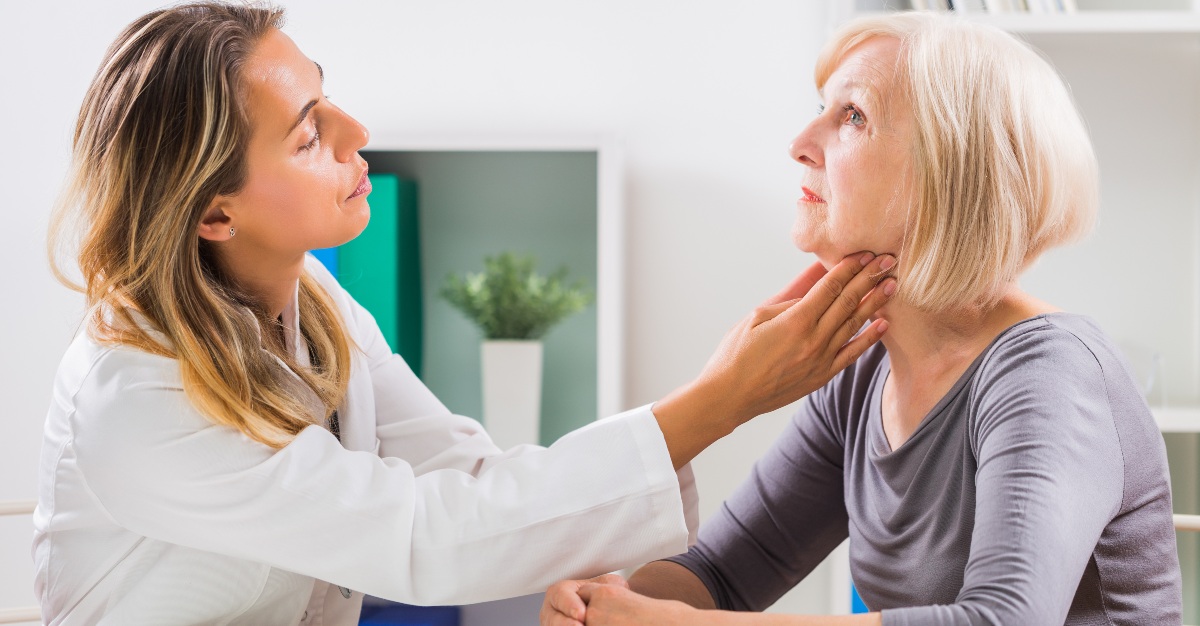 The measles and flu are both very treatable illnesses.

In both cases, catching the virus or disease as early as possible will help with treatment and limit the possibility of getting a more serious problem or illness, such as pneumonia. Extreme cases of measles and the flu can lead to death, which is why it is important to receive treatment for both.

If caught early on, the best forms of treatment for measles are: acetaminophen, ibuprofen, rest, plenty of water, vitamins (A), and a humidifier.

Since the measles is a viral and not bacterial infection, fever reducers and rest are the best treatment, because antibiotics won’t be able to take away a viral infection. Although, if the measles worsens and causes other severe illnesses, such as pneumonia, a doctor will then prescribe antibiotics.

If caught early on, not much more than bed rest and plenty of fluids will be needed. Fever reducers, pain relievers, cough drops, and other cold medicines can be used to lessen symptoms as well.

But, if the flu worsens and you have a severe infection or are at risk for complications, it’s important to see a doctor who can prescribe medication to shorten the illness and prevent complications.

Do you have any more questions about the flu or measles? Do you still need to be vaccinated for either virus? Passport Health can help. Give us a call at or book an appointment online to speak to a travel health nurse.

Did you know the flu and measles were so similar? Do you have any other tips to discern between the two illnesses? Let us know in the comments, or via Facebook and Twitter.