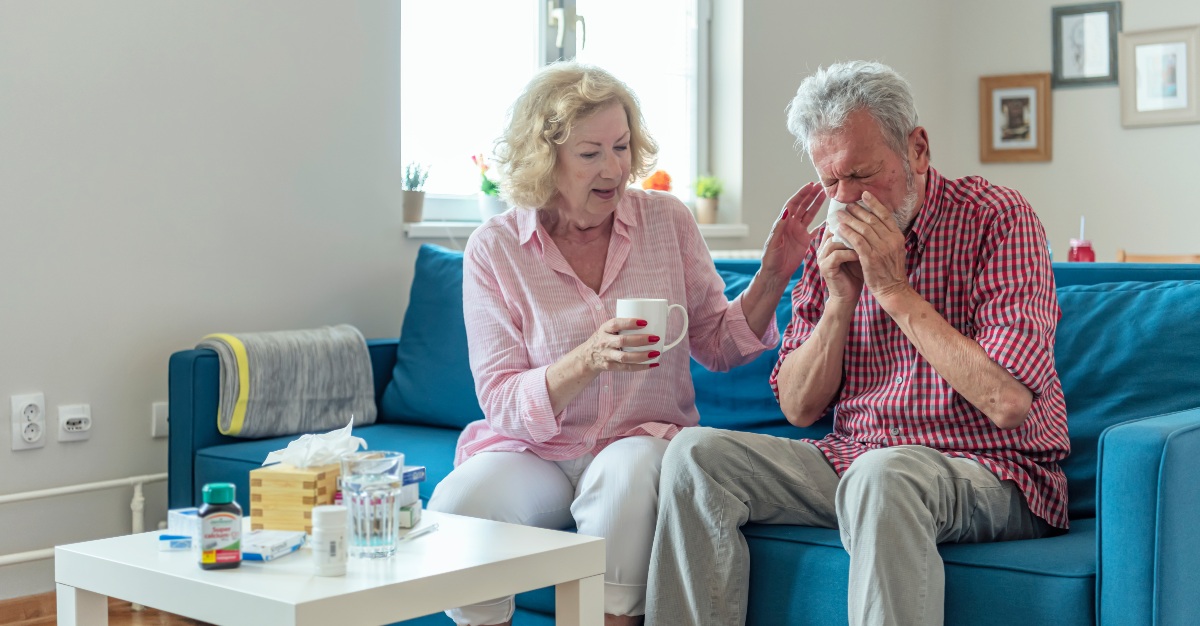 Flu season is in full swing and has been causing many to worry about the progression and outcome of the season.

As of December 7th, the CDC revealed there has been “3.7 million flu illnesses, 32,000 hospitalizations and 1,800” flu-related deaths so far in the United States. Typically flu season ramps up in early fall and peaks sometime between December and March. Unless there’s a late surge of the virus like we saw in 2019, the season will die down by May.

The CDC monitors flu indicators, such as influenza-like illnesses and flu related hospitalizations. The organization can track trends and determine when the season has started and peaked.

For over 30 years the flu season has peaked in February. But, it appears the 2019-2020 season will spread differently. The CDC has said there’s currently a 40% chance the flu will peak during late December.

Why is This Flu Season Peaking So Early?

Dave Osthus is a statistician and flu forecaster at Los Alamos National Laboratory. Osthus explained that the current “2019/20 season is already worse than three of the past 20 flu seasons ever were, and the worst part of the flu season—historically late December through early March—hasn’t happened yet.”

The current flu season started about a month earlier than usual. Since that time, the virus has been driven by elevated flu activity mainly in the Southern US.

At the end of November, the CDC had posted high flu activity across 21 states and Puerto Rico. Most of those high-activity states were in the Southeast, including Louisiana, Alabama, Georgia, Mississippi, South Carolina, Tennessee and Texas.

What’s even more unusual about the early peak is that it’s being driven by an influenza B strain. Most cases from a typical flu season will come from type A viruses such as the H1N1 or H3N2. Type A viruses are constantly mutating over time. These alterations to the virus are why the flu shot is different each season, to combat the potential changes.

Type B strains don’t mutate nearly as often. Their genetic makeup drifts very slowly compared to type A strains. In fact, type B viruses come from only two lineages – B/Victoria from Australia and B/Yamagata from Japan (ARS).

Given the strains’ “slow evolution and limited host hopping,” many researchers had the impression that they would produce very mild flu strains. Type B viruses normally account for about a third of all reported flu cases. While these infections can be deadly, severe symptoms can be very rare compared to A strains.

But, one aspect that makes the B flu strain dangerous is who the virus infects. The group most often infected by B strains is children under 4, followed by those from ages 5-24.

What Does this Mean for the Rest of the Flu Season?

Out of the high number of flu cases analyzed so far this year, about 60-70% have been type B viruses and 97 percent of those type B tested have come back as part of the B/Victoria lineage.

At the moment, it’s unclear why the type-B/Victoria strain is surging or what this early surge means for the rest of the flu season. The CDC spokesperson Scott Pauley explained how the flu can be difficult to predict. At this point, Pauley said it’s, “too early to make any kind of assessment about the potential severity of the season.”

Although, that doesn’t mean we’re completely clueless for the 2019-2020 season.

The flu vaccine components change each year based on what researchers and scientists expect from the flu season. Even with this, each year the average death toll for the flu is between 125-200 deaths per day.

According to the CDC, the flu vaccine is still the best way to arm yourself against the virus and reduce your risks of flu complications. Even with the early peak, it’s not too late to be vaccinated for the current season.

Do you have any other questions about this flu season? Do you still need to get the flu shot for this season? Passport Health can help. Give us a call at or book an appointment online and speak to a travel health nurse.

Did you know the flu season was off to such a quick start? Have you had a bout with the virus this season? Let us know in the comments, or via Facebook and Twitter.