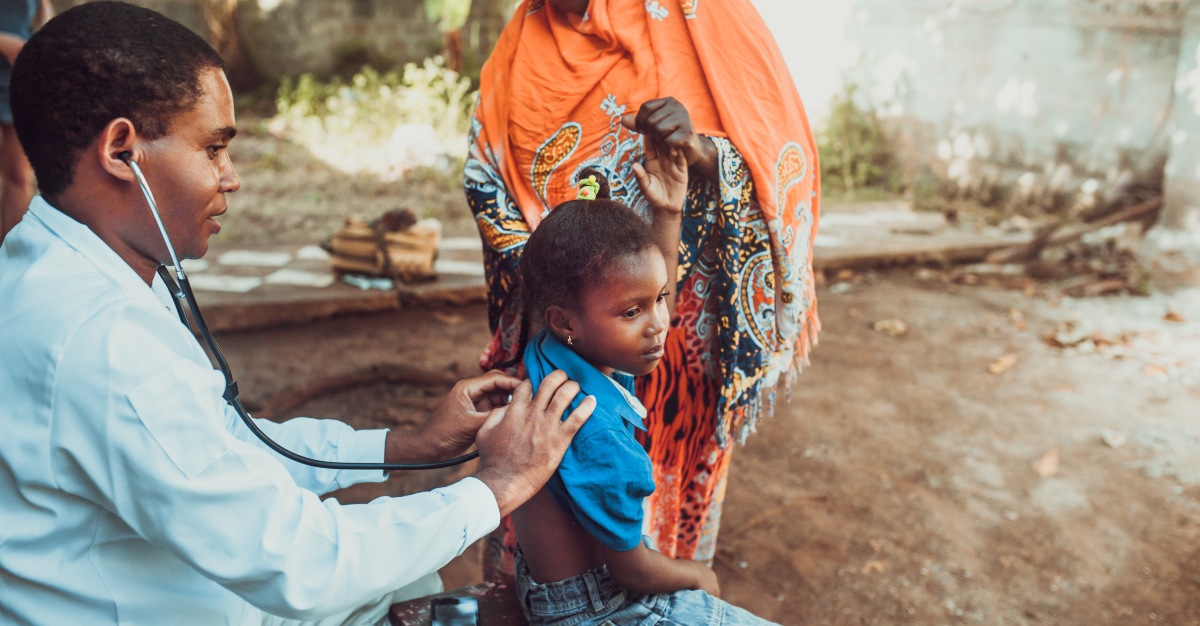 The World Health Organization (WHO) has announced that 2020 is the start of the decade for disease elimination.

That’s not to take away from the many medical and health accomplishments in the past 10 years. But, as we enter a new decade, the WHO hopes to achieve even more in the coming years.

The organization attributes the previous successes to new commitments to health worldwide. And with those improvements, millions of lives have been saved.

But, there remains many ongoing health risks throughout the world, some of which are only getting worse. So, we enter the decade with challenges, including, “the 2020 and 2030 global elimination targets for HIV, viral hepatitis and sexually transmitted infections (STIs).”

While the WHO has been set back from achieving some of its goals, this coming decade, they plan to not only catch up, but eliminate HIV, hepatitis and STIs. This goal has been made possible by all the work the WHO and global health leaders achieved in recent years.

Eliminate HIV, Hepatitis and STIs by 2030

In 2016, the WHO’s 194 Member States endorsed strategies to eliminate HIV, hepatitis and STIs at the World Health Assembly. During the last decade, strategies were planned to achieve such goals.

Not only do the strategies plan for elimination of the diseases, but have a goal for universal health coverage. By 2030, the WHO hopes to treat and eliminate all HIV, hepatitis and STIs.

Within the coming decade, the WHO hopes to deliver higher quality and higher impact services to key populations. With a focus on those groups, they hope to end HIV epidemics and the virus altogether.

This past decade, the WHO introduced a breakthrough treatment for chronic hepatitis C. This treatment could bring about cure rates of 95%.

Although, the cost of this treatment is extremely out of reach for the majority of people infected with the disease. The original cost of the treatment was about $100,000, but has since been greatly reduced to $1,000 in most countries.

The WHO will continue working on hepatitis C elimination. Their goal is to reduce disease cases by 90% and to have HIV-associated mortality decreased by 65% by 2030.

Millennium Development Goals (MDGs) are goals that target and combat HIV and AIDS. MDGs mainly focus on eliminating the diseases and treating people who suffer from them.

Last decade’s MDGs were achieved by the end of 2015. By that year over 17 million people receiving treatment for HIV/AIDS.

As of 2019, 65% of people living with HIV/AIDS were able to receive and benefit from life-saving treatment. By 2030, the WHO not only wants to treat more people infected with HIV/AIDS than in the previous decade, but to eliminate the diseases entirely.

In 2015, the WHO launched a process to eliminate the transmission of HIV and syphilis from mother to child in various countries. By the end of the decade, 14 countries have been validated by the WHO. The countries, including Thailand, Sri Lanka and several Caribbean nations, successfully eliminated the transfer of these diseases from mother to child.

In the coming decade, more countries are expected to reach such a goal. The WHO is even looking beyond HIV and syphilis for this goal. By 2030, they hope to end the mother-to-child transmission of hepatitis B and cervical cancer as well.

To bring the world’s attention to the 325 million people struggling to live with hepatitis, the WHO organized the first ever World Hepatitis Summit in 2015. A second summit was later held in 2017.

In the last decade, HIV treatment became effective in preventing transmission in couples where one has the disease and the other does not. Antiretroviral therapy can reduce the risk of spreading HIV to your partner by 96%. By 2019, 95% of low and middle income countries had adopted the WHO’s policy to treat all people living with HIV.

Looking to the future, these achievements have helped contribute to reducing discrimination of those with HIV. People with the disease can now receive treatment and live a healthier lifestyle. As that trend continues, the spread of HIV is also expected to drop.

In the previous decade, the WHO used innovations as a key strategy to help achieve the 2030 goal of eliminating HIV, hepatitis, and STIs. In 2012, the WHO recommended pre-exposure prophylaxis for HIV. The method acts as a strong preventative measure for those who don’t already have the virus.

In 2017, the WHO began to strongly promote its disease elimination approaches. One of those new approaches includes integrated and differentiated service delivery. Rather than a universal treatment for all HIV patients, this method adapts care for the individual.

Lastly, in 2019, the WHO began increasing male circumcision and reached 23 million men in Eastern and Southern Africa. This reduces the HIV risk and provides better health services to males.

With all the achievements the WHO reached in the last decade, they hope to make even more in the coming years. They hope that promoting new research and innovation can offer a needed step to reach the 2030 goal.

The WHO said it plans on “optimizing medicines and diagnostics (particularly for infants and children), improved service delivery, curative treatment for chronic hepatitis B infection and effective vaccines for hepatitis C and HIV” between now and 2030.

On World Hepatitis Day 2019, the WHO announced the steps needed to reach their 2030 goal. They included the costs to develop policies and mobilize financial and political commitments for such a feat. Investing an extra $6 billion into hepatitis services and research is what is needed to eliminate hepatitis by 2030.

Over 80% of people suffering from hepatitis still lack prevention, testing, and treatment services. The $6 billion cost may seem steep, but it’s the aid needed to reach these people and eliminate hepatitis.

Over the past decade, there was an increase in diseases resisting drugs for treatment. Some diseases that developed a resistance to drugs were HIV, tuberculosis and gonorrhea.

In the coming decade, the organization hopes to continue implementing measures for these drug resistant diseases. A solution for drug resistance would be critical in reaching their goals for the decade.

Looking past these goals and the steps taken in the previous decade, the WHO is busy with other health challenges. They will look to prepare for disease epidemics and bring equity to health care. Delivering health and medicine to areas of conflict and crisis will also be crucial for these goals.

In 10 years, these steps could even be the starting point for eliminating many of the world’s other dangerous diseases.

Do you think the WHO will be able to achieve their goals for 2030? What other diseases do you think the organization should focus on? Let us know in the comments, or via Facebook and Twitter.