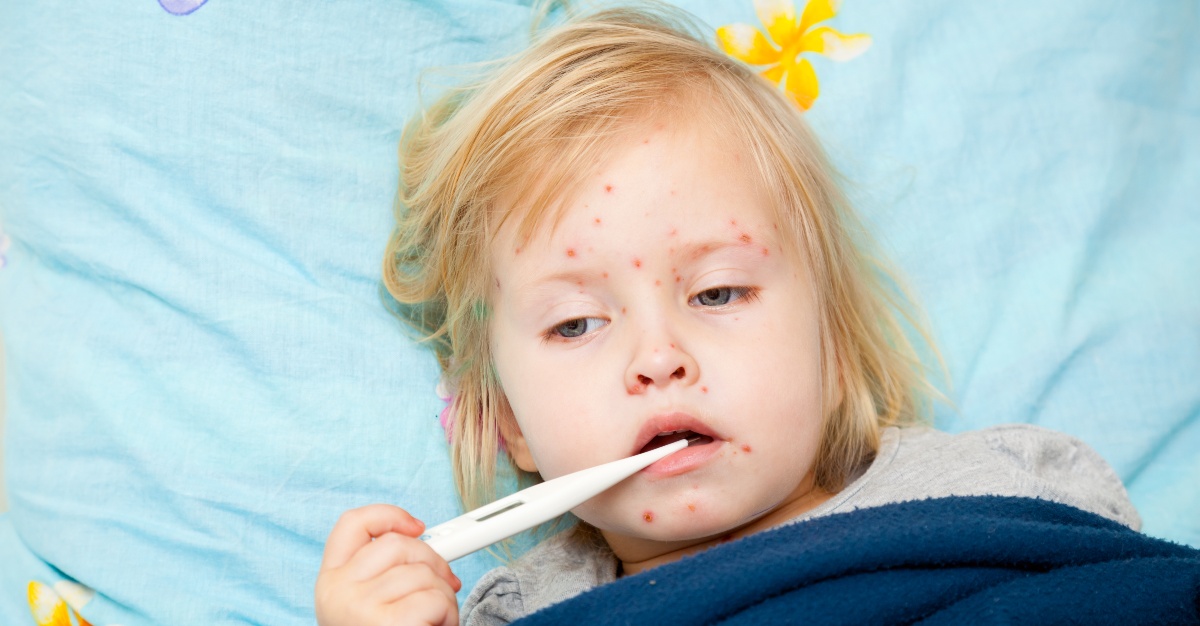 After only a few decades with the vaccine, chickenpox cases have plummeted in the United States. But, that doesn’t mean the virus is completely gone. And with the virus still active, there’s a chance your child could come down with chickenpox.

Chickenpox is highly uncomfortable and when your child has it, you want to make sure that they’re as comfortable as possible.

Although, you need to be careful when treating chickenpox symptoms. Despite trying to help, you may make the situation worse and even life-threatening.

It’s because of this that you should never use ibuprofen or any anti-inflammatory medication (NSAIDs) to help a person sick with chickenpox.

The Dangers of Anti-inflammatory Medication

Chickenpox is highly contagious and according to the CDC, there were about 350,000 cases a year as of 2011. It’s a viral illness, which means that there’s no cure once you have it–you can only manage the symptoms. That’s why it’s so important to know how to properly manage the symptoms and not make them worse.

For most people around the world, that means using medication like ibuprofen. While ibuprofen may reduce fever and pain for someone with chickenpox, it’s also important to note the potential side-effects of taking it.

NSAIDs like ibuprofen can affect the cardiovascular, GI, renal and respiratory symptoms. Because of that, just by taking them, you run the risk of gastrointestinal bleeding and stroke.

Studies have shown, that in regards to chickenpox, ibuprofen and other NSAIDs can make the symptoms even worse. A study has shown that taking ibuprofen while having chickenpox can result in necrotising fasciitis, a skin infection. Due to ibuprofen’s nature, the symptoms of this infection can go undetected causing severe complications.

How to Safely Treat & Prevent Chickenpox

The good news is that there are other ways to help manage chickenpox symptoms that don’t involve using NSAIDs. For instance, you can use acetaminophen, which doesn’t contain aspirin.

Some common ways to manage the pain, itching, and fever include:

The best way to prevent against chickenpox is to get the vaccine, which is 90% effective. Not only can the vaccine prevent chickenpox, but reduce risks of shingles in the future.

The chickenpox vaccine comes in two separate doses. For children, the first dose should be taken when they are around 12 months and the next dosage can be administered when they are four.

If you are traveling internationally, you should also get the chickenpox vaccine if you didn’t receive it when you were a child. It is not required for entry to any country, but you increase your risk of contracting the disease if you do not get the vaccine. As a rule of thumb, it’s always better to protect yourself.

If you’re heading to a foreign country or still have questions about the chickenpox vaccine, Passport Health can help. Book an appointment online or call to meet with a travel health specialist.

Do you have any questions about chickenpox? Do you have any other tips to help deal with the painful symptoms? Let us know in the comments, or via Facebook and Twitter.