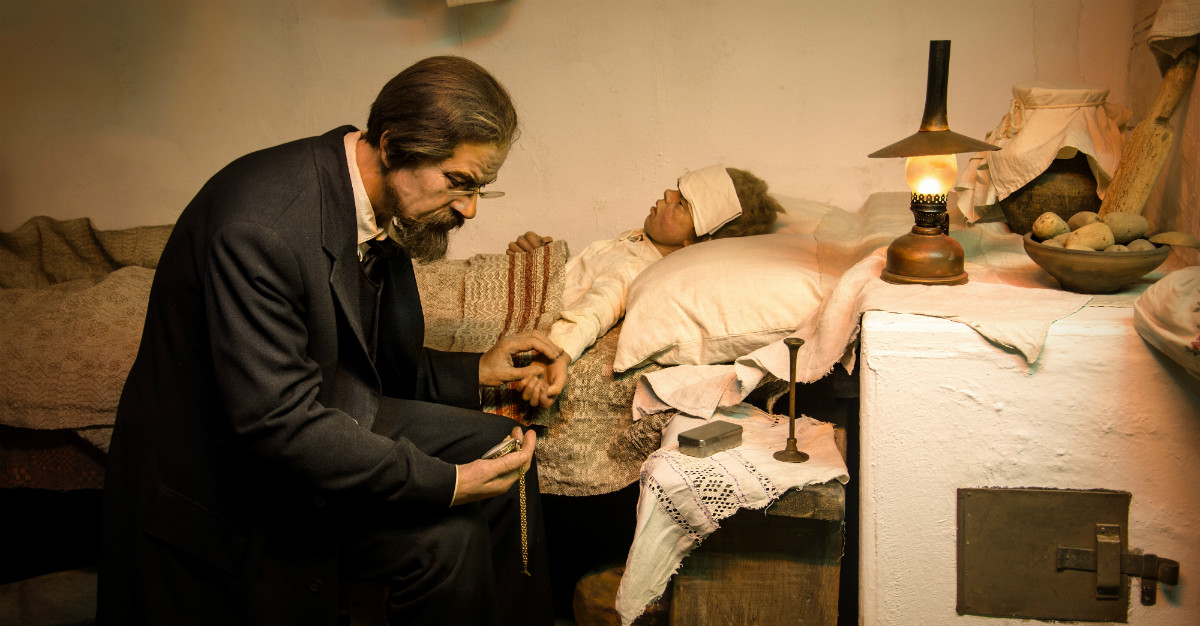 First mentions of the virus stretch to the ancient Greek physician Hippocrates. He was first person to accurately describe the virus’s symptoms, which mirrored any other respiratory infection.

As the virus spread, there was a need to name the illness.

The title comes from both the negative influence of astrology and the word “influence” in Italian. In Italian culture, they would attribute illnesses like the cold to an influence from the stars. As medicine progressed over time, the virus was updated to mean, “influence of the cold.”

In 1703, J. Hugger from the University of Edinburgh called the virus influenza. It then shortened to the modern name “the flu.”

The flu virus first came to the United States after Columbus discovered America. Historians believe that the virus spread from Europe when colonists came to America to begin their new lives. Unfortunately, an epidemic broke out in 1493, almost killing an entire tribe of the Antilles people who were native to the region.

Another pandemic broke out in 1580. It began in Russia, spread to Africa, and finally reached Europe. In Rome alone, as many as 8,000 citizens died from the bug.

A pandemic differs from an epidemic in that it covers a vast geographic area, as with this pandemic that was just mentioned.

Historians have confirmed that there were a few pandemics of influenza in the 1600s and the centuries that followed.

The pandemic of 1830 was the most widespread across the European continent, killing about a quarter of the local population.

The worst was yet to come decades later in Spain. In 1918, the country battled the world’s worst pandemic. The Spanish Flu Pandemic didn’t end until the following year, costing tens of millions of lives. The Spanish Flu even made its way to the Arctic and the Pacific Islands.

Not all the deaths were strictly from this deadly case of the flu. Some were the result of misdiagnosis. Symptoms were so severe that the Spanish Flu resembled typhoid and cholera in some cases. About half of the deaths came from pneumonia, a serious complication of the virus. Coming during World War I, many serviceman also caught the Spanish Flu, with thousands dying from complications.

It wasn’t until 23 years later in 1931 that virologist Richard Shope discovered that influenza was caused by the Orthomyxoviridae family of viruses. When the public came into contact with these germs, the person caught the flu virus and became ill.

A couple of short years later, scientists discovered three main strands of the virus caused influenza. This breakthrough helped Thomas Francis and Jonas Salk to develop the first vaccine in 1938.

The world was in the midst of another continent-spanning war. Servicemen in World War II received the vaccine as a precautionary measure even though it hadn’t been tested for safety. Still, the medical field felt that the benefit of flu-prevention outweighed the risks.

In the decades since, the flu shot has developed and changed.

Researchers and scientists now gather information about the most common flu strains at the time. The flu shot is then made to protect from these common strains. This is why the vaccine is different every year, changing with the new flu strains.

Modern science also provides for options for the flu shot than ever before.

Instead of one option, there are many vaccines to choose from depending on the person. The intradermal flu shot might be better for those that want a smaller needle, and the high dose vaccine is made for people 65 and older.

Interested in getting the flu shot for this season? Passport Health can help! The vaccine is available at all Passport Health Travel Clinics. Call us at or book an appointment online now.

Any other questions about the history of flu and the vaccine? Let us know in the comments, or via Facebook and Twitter.