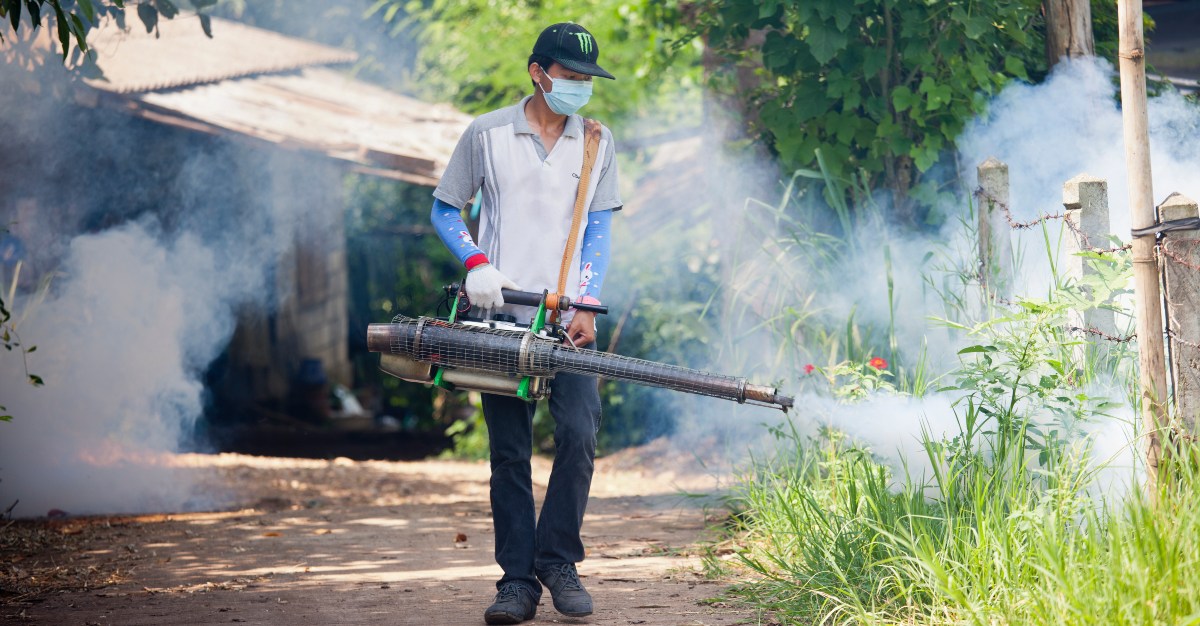 Despite the many mosquito-borne outbreaks worldwide, researchers aren’t guessing with these diseases.

Scientists are able to take data and create roadmaps for predicted mosquito-borne diseases. They can find which diseases pose a risk in different regions of the world. The key for this data is local wildlife species and which ones are most likely to host flaviviruses.

What Are These Roadmaps?

The CDC describes flaviviradae as a group of connected, RNA viruses with a single strand. They add that, “members of this family that belong to a single genus, Flavivirus, cause widespread morbidity and mortality throughout the world.” Some of these mosquito-transmitted viruses include yellow fever, dengue fever, West Nile, and the Zika virus.

Flaviviruses can cause major epidemics across the globe.

What these roadmaps do is help detect problems in new regions. Further, they show scientists where the next epidemic will originate.

We’ve already seen the recent evidence that flaviviruses can pose. The relatively recent Zika outbreak moved from Africa through the Americas within years. Much in the same way, West Nile virus created a permanent home in North America in the early 2000s.

This is why it’s so important that scientists know how potential wildlife hosts can affect the spread of flaviviruses. The information is what allows roadmaps for disease. Other scientists and health authorities can use the maps for better disease detection and surveillance.

How Do These Disease Roadmaps Work?

At the University of California, Davis (UC Davis), scientists have scoured the data for all known mammal and bird species on Earth. They’ve used the comprehensive info to find which species are most likely to host the flaviviruses. Researchers in the study identified the importance of 29 specific traits in the animals. Some of those included host ecology, conservation status, physiology, geographical distribution,” and more.

Once they found the key traits, researchers could identify the most likely species to host viruses. A machine-learning model helped determine those animals from roughly 10,400 avian and 5,400 mammal species.

The model predicted hundreds of unknown potential host specifies. For example, it predicted 173 host species for the dengue virus, of which 139 have not been previously recognized.

Which Viruses Are Currently Expected to Spread?

With all this in mind it’s easy to see how flaviviruses continue to cause global epidemics. The research shows how a virus could re-emerge or even start in previously-unaffected regions.

Even with risks mostly gone in North America, Zika virus still circulates in South America and Southeast Asia. The roadmaps predicts that the wildlife hosts in these areas can maintain Zika’s spread in nature. Currently, human cases of yellow fever have never been reported in Asia. But, the maps show a possibility for the virus in the region. They expose a high number of possible hosts for not just yellow fever, but for Zika in Southeast Asia.

Accurate to its name, Japanese Encephalitis has long been endemic in Eastern and Southeastern Asia. The findings show the virus could travel to nearby region. Rich with common bird hosts, Europe could also be a home to JE.

The hot spots on the roadmaps illuminate the high amount of potential wildlife hosts for flaviviruses. Currently, the regions may not show any signs of these mosquito-borne diseases. What the research shows is a possibility, thanks to the wildlife species that call the region home.

Other modern factors could further increase the number of viruses spread from wildlife species to humans. Rising human populations and the effects of climate change could spread the viruses even more.

These roadmaps are important in their ability to show us where the next epidemics will come from. They can give us the chance of stopping an outbreak before it even happens.

Pranav Pandit is a postdoctoral scholar with the UC Davis One Health Institute’s EpiCenter for Disease Dynamics in the School of Veterinary Medicine. He stated that, “Tomorrow, if there’s an outbreak anywhere in the world, we now know which wildlife species are most likely to be infected in addition to humans.”

These roadmaps may not prove to be 100 percent accurate. Even without reliability, they are still a valuable tool for scientists.

They at least show where a virus is most likely to occur next, like dengue fever spreading to South America or JE in Southeast Asia. This information then allows people the chance to prepare themselves for the potential outbreak. Locals and authorities alike can make the needed changes for the outbreak. They may even contain any emerging infections they wouldn’t otherwise catch.

Did you know researchers could predict the spread of certain diseases? Let us know in the comments, or via Facebook and Twitter.