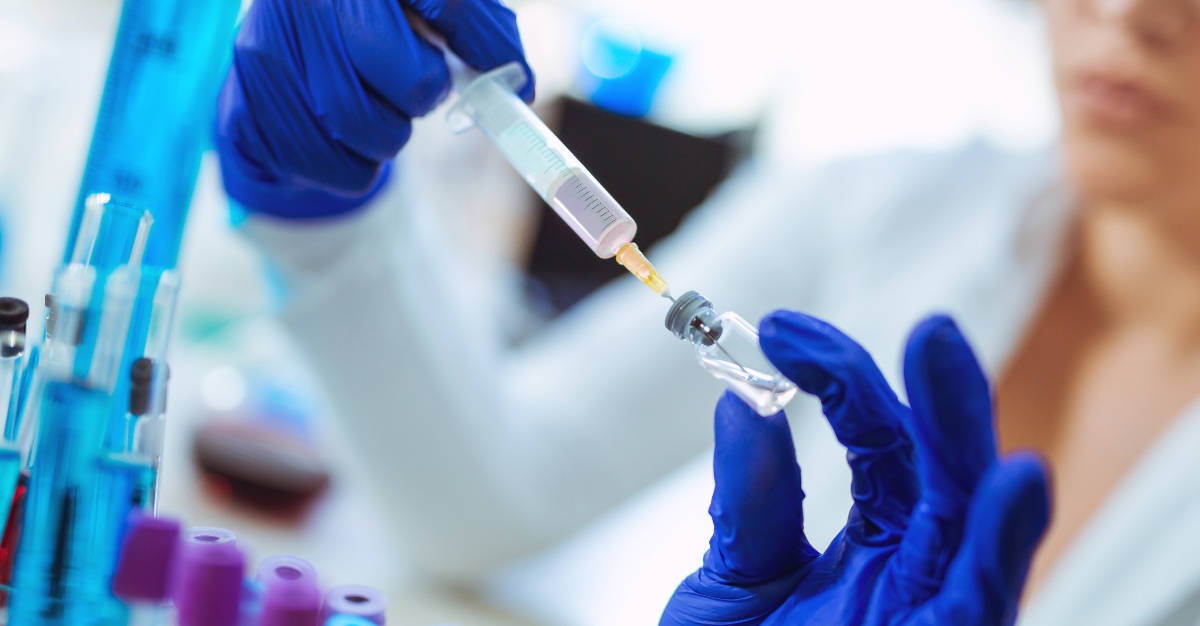 As a disease outbreak reaches its peak, people around the world ask for any news on a vaccine. Unfortunately, as we’ve seen throughout history, those vaccines aren’t simple discoveries. Years of research and testing go into vaccine development.

Take the Zika virus for example.

The 2016 epidemic coincided perfectly with the Rio Olympics, with many worried that the virus would make its way around the world. Now, years after the height of the outbreak, we have a breakthrough in Zika prevention.

That’s because last month a potential Zika vaccine prevented the virus in mice.

The study, conducted by researchers at the University of Adelaide in Australia, is a huge milestone in creating a potential vaccine for humans.

According to the CDC, Zika is a virus spread to humans through infected mosquitoes.

Symptoms for Zika are usually mild or nearly undetectable. They can include fever, headache, joint pain, red eyes, and muscle pain. These symptoms usually only last about a week, so many people don’t even go to the doctor or know they have the virus.

This is a problem when those who are infected can then sexually transmit the virus to other humans.

Zika becomes most dangerous when pregnant women are infected. Zika can cause severe birth defects and pregnancy complications, leading to life-long health effects for both the woman and child. One of these effects can be Guillain Barré Syndrome in adults that can lead to paralysis. In rare cases, these complications can cause severe swelling of the brain or spinal cord.

There currently isn’t a cure or a preventative vaccine for Zika.

The latest study could potentially lead to the first Zika vaccine, the next step in eliminating the virus around the world. The immunization used in the study is a T cell vaccine, a lesser-used method.

T cells are a bit more versatile when working for the immune system. A T cell might aid B cells in fighting viruses, or will recognize a previous illness and defeat the virus themselves. Another function of T cells is telling the rest of the immune system what to do during an infection.

In the study, the T cell vaccine proved effective in protecting mice against the Zika virus after three doses.

This study differs from other current studies as it is the only one that has proven the use of a T cell vaccine to be effective. Other studies that focused on antibodies actually found that the vaccine could make people more vulnerable to other mosquito-borne illnesses in the future. This T cell approach did not.

The particular vaccine that these researchers created used genetically engineered DNA to neutralize the virus in the immune system.

The next step in their research is to get the vaccine ready for the first round of human clinical trials.

How to Protect Yourself from the Zika Virus

Before visiting a new country, find out if the area is a risk for the Zika virus. If Zika is present in the country or region in which you are traveling, it is strongly urged that you do not go if you are pregnant.

If you are still traveling to an area affected by Zika, you can take some preventative measures.

Make constant use of insect repellant that has DEET. Travelers should also wear clothing that covering the skin when outside. The use of a mosquito net over your bed at night will also keep most of the insects away.

Do you have any other questions about traveling to a country with the Zika virus? Passport Health can help. Give us a call at , or book an appointment online.

Did you know we hit a milestone in Zika vaccine research? Would a Zika vaccine encourage you to visit destinations at risk of the virus? Let us know in the comments, or via Facebook and Twitter.