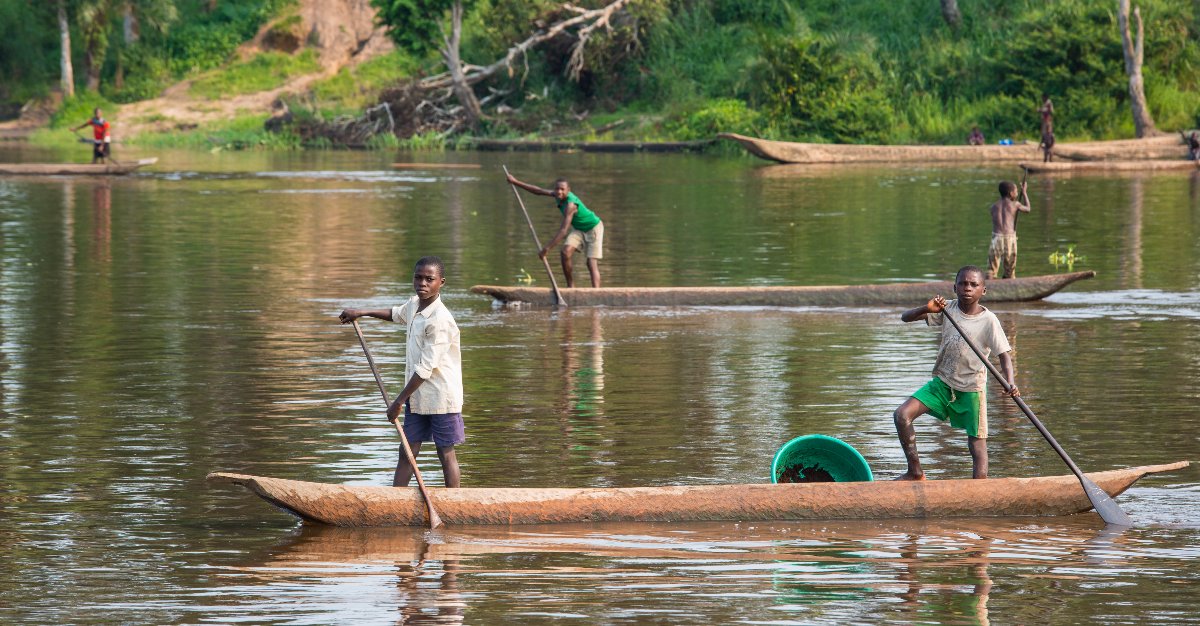 In August 2018, the Ministry of Health of the Democratic Republic of the Congo (DRC) declared a new outbreak of Ebola virus. The epidemic started in North Kivu Province, eventually spreading to other parts of the country.

Some attempted vaccination campaigns have helped, but local dangers have hurt those efforts. The affected areas of the DRC have an ongoing military conflict. Violent acts are hindering the existing treatment and prevention efforts in place by the WHO and CDC.

What is the Ebola Virus?

This isn’t the DRC’s first run-in with Ebola. In fact, the disease even earned its name from the country’s Ebola River. The body of water is where the Ebola virus was first discovered in 1976. Since that time, Ebola has been the cause of many outbreaks in several African countries.

The Ebola virus can spread from person-to-person through direct contact with the bodily fluids. The fluids only need to come from someone who is infected or has died from the virus.

Symptoms can resemble malaria or the flu. An infected person may have a fever, fatigue, diarrhea, vomiting, and in some cases unexplained hemorrhaging. It is a rare but severe disease that often leads to an outbreak with a high death toll.

Taking this all into account, a recovery from Ebola is possible and often depends on the clinical care and the immune response from the infected person.

How Bad is the DRC’s Outbreak?

While it’s only officially been an outbreak since August, the current outbreak in the DRC started in April 2018. Since then, there have been 932 cases and 587 deaths, according to STAT News. Those numbers make it the second largest outbreak of Ebola in history, only trailing the 2014 epidemic.

As the outbreak grows, officials from other areas have reached out to help.

The CDC is helping in both the DRC and neighboring countries also at risk of the disease. Local and international partners, such as the WHO, are coordinating activities and offering providing technical guidance. These groups help with laboratory testing, infection control, border health screening, health education, and vaccination.

The director-general of the WHO, Tedros Adhanom Ghebreyesus, set an ideal end to the outbreak at six months. Although, some logistical issues create a good chance that it last much longer. The region needs more funding to fight the outbreak and working conditions are already extremely taxing.

Dr. Robert Redfield, the director of the CDC, warns that, “the practical reality, is this is going to be a longer road. And we need to start planning for it.”

What are Officials Doing to Stop the Epidemic?

At the moment both the CDC and WHO are very active in the DRC with plans to continue their efforts despite attacks on Ebola treatment centers and workers.

More efforts are being made to gain the community’s trust. They are helping to remove any stigmas that the Ebola virus carries with it. This will help communities build trust with the treatment center workers and with the foreigners from the WHO and CDC.

With this in mind, there is a decent amount of community cooperation and an increasing amount of acceptance. According to CIDRAP, affected communities have had, “87% of families agree to safe and dignified burials, and over 90% of people have accepted vaccination.”

Leaving the infected area is not an option for WHO.

What About After This Outbreak?

Looking toward the end, they are working on plans to stay and offer support in establishing a health system for once the outbreak ends. Along with the WHO, the CDC has plans to provide aid for the duration of the outbreak. They’re hoping to improve the skill sets of the people working on the response efforts.

Dr. Redfield told NPR that he’ll not only be assigning about a dozen more health experts to work in the DRC. Although, he will be positioning a few of them a lot closer to the epicenter than earlier teams were located. Not only this, but he plans on extending the tours of the CDC experts from their previous 30 days to a full year.

These plans from the WHO and CDC could provide exactly what the DRC needs in ending the outbreak within the next year. The infrastructure they’re helping to build could do a lot more in aid. A system in place should diminish the chances of a future outbreak.

The current Ebola outbreak still has a little over 200 suspected cases under investigation.

But despite this, Tedros warns that it could have been a lot worse without the current relief efforts in place by WHO, the CDC, and other established groups in the area. In a press conference Tedros went on to explain how there are signs pointing to the virus being on retreat. He explained that, “there’s half as many new cases per week now as there were in January.”

Along with this, the DRC’s vaccination campaign has reached a total of 87,985 people vaccinated since August once the outbreak had been declared. The outbreak has been contained and the efforts both in place and planned for the future by the WHO and CDC could lead to the end of the outbreak as well as aid for the future.

Did you know the DRC’s Ebola outbreak was still spreading? Let us know in the comments, or via Facebook and Twitter.