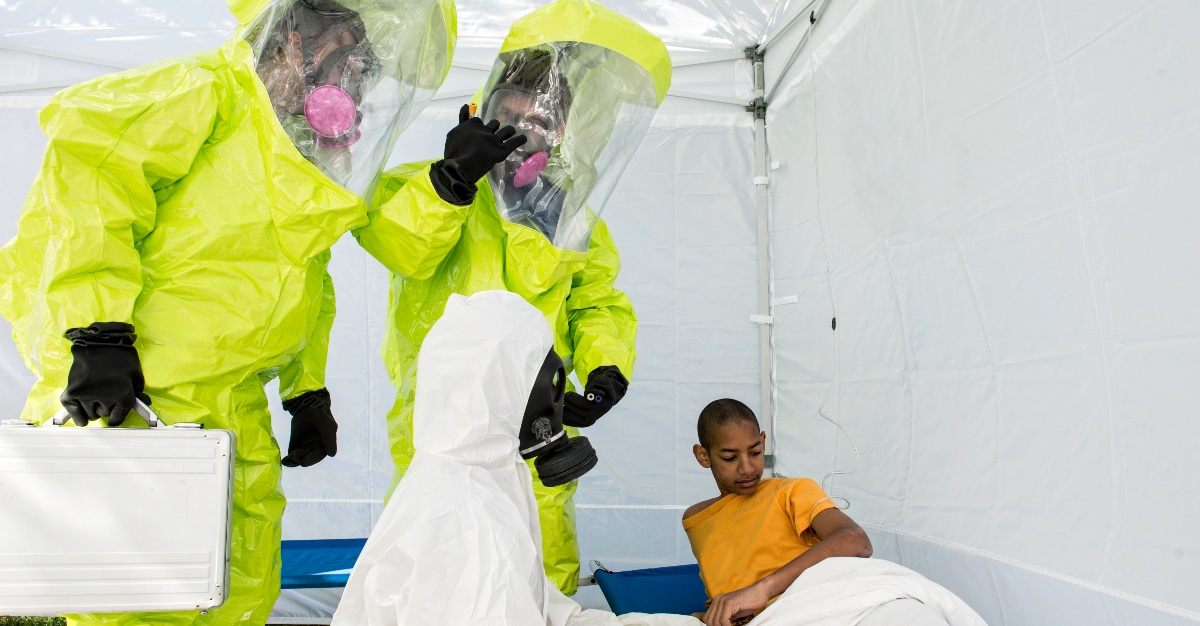 The world has been busy with virus and disease outbreaks over the last few years. It’s more than an increase in measles. Hepatitis A has also surged recently, along with yellow fever and various other new illnesses in the country.

Health officials have had a tough task handling these new disease risk. They’ve looked for completely new outlets to improve relief efforts and help those affected by the outbreaks.

Two of the most notable outbreaks in recent years were cholera in Zimbabwe and Ebola in the Democratic Republic of Congo. The cholera outbreak led to the country’s Ministry of Health declaring a state of emergency. Ebola cases in the DRC seem to grow with every new day. The virus has spiraled so out of control that it became the world’s second largest Ebola outbreak in history.

One need these outbreaks have exposed is for more data.

It’s important that countries have current data on their population so that they can contain the outbreak, treat those infected or at risk, and help the country recover. But, not every country can access the up-to-date population data.

A new development from Facebook could change that problem. The company recently came out with three maps that could greatly assist public relief efforts in times of need such as disease outbreaks.

How Can Facebook’s Maps Help?

Facebook’s Data for Good is set up to provide useful data to address humanitarian issues.

Facebook partnered with more than a dozen nonprofits and universities, including UNICEF and the Harvard School of Public Health and Direct Relief. That partnership led to a trio of disease prevention maps to aid public health organizations.

These maps take information from Facebook’s own proprietary treasure trove of data on its 2.38 billion users as well as commercial available datasets. The three population density maps illustrate where people live, how they move about the country, and if they have internet access. Facebook hopes these maps will help health organizations better understand global population. They’ll have a better idea of population density and where it’s spread out over the country, how they move about, and if they have connectivity.

But, these factors mean nothing without better disease response.

That’s where health organizations can benefit with the new maps. They can respond to outbreaks and where supplies should be delivered to be most effective. With the recent outbreaks in the past few years, health organizations have often been relying old census data. And if the country is more remote and the population is spread out, there could be very little information available at all.

The company has also found use in artificial intelligence for these maps. With that technology, census information and satellite images, Facebook developed a much improved population map. The company even stated the map was, “three times more detailed than any source.”

The population density map can provide an estimate on the number of people living within 30-meter grid tiles. They can also go further in detail, showing the demographics of those living in the areas.

More specifically, they will provide insights on age groups more easily affected by disease outbreaks. Data like that can help higher-risk groups like, “the number of children under five, the number of women of reproductive age, as well as young and elderly populations.”

The movement maps do just what they sound like: track Facebook users’ movements with their mobile phones. The technology is like how Facebook allows its users to be marked safe during natural disasters and other emergencies.

When combined with the other maps, Facebook expects movement maps to offer a predictive aid. Health officials will better predict where other epidemics could occur next.

For example, it could help predict the travel of the flu, typically spread from one person to another by contact.

Lastly, the network coverage maps can provide an outline to where people can be reached with online messaging.

Communication and aid should be improved with modern technology, but it’s also been a problem for some outbreaks. Regions like Haiti have struggled getting needed aid with little access to aid. These maps could help make that problem much less of an issue. Health organizations could send alerts to the population in the infected areas about the situation and relief efforts.

In fact, the Red Cross already found use in these maps. The organization could decide how to spread out workers who are educating people about getting vaccinated for measles.

What Long-Term Help Will These New Maps Provide?

Having information on your population’s density, their movement, and if they have network connection helps health organizations understand the population’s activity. This can assist in “learning how epidemics and outbreaks might appear and evolve, and how best to tackle them.”

By combining the maps with other available public health data, Facebook believes health organizations and governments will be better equipped to address these outbreaks, leading to better outcomes.

Laura McGorman is Facebook’s policy lead on Data for Good. She said that the, “data on human movement can be a total black box for health organizations … it’s a huge gap we can fill.” The data allows the groups on the ground, who already have mechanisms in place for monitoring outbreaks, to have insight into, “how human mobility patterns influence the spread of that disease.”

At the moment these three maps created by Facebook are only available for a select group of Facebook’s Data for Good partners. Some of these include Harvard School of Public Health, International Medical Corps, UNICEF, the MRC Centre for Global Infectious Disease Analysis at Imperial College London, and the World Economic Forum.

With this data in hand they are optimistic in improving monitoring outbreaks and relief efforts. More importantly, they also hope to better contain the spread of diseases.

Did you know Facebook was trying to help in relief efforts? Do you think Facebook’s new maps will help prevent and stop future outbreaks? Lets us know in the comments, or via Facebook and Twitter.